Italy: Cinisello and Lombardi Region sign MoU for the Application of Blockchain 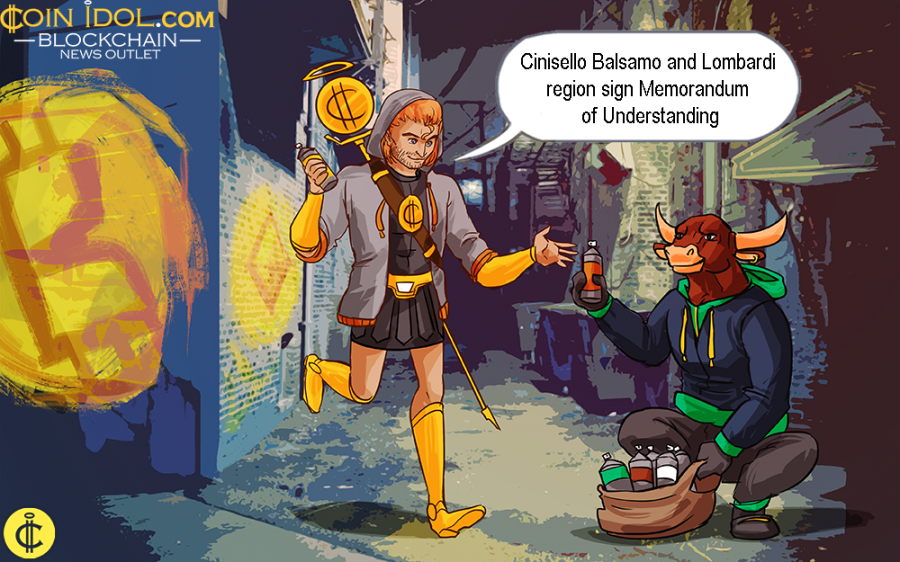 The decision has been approved by the regional council on the proposal of Fabrizio Sala, the Vice President and Councilor for Research, Innovation, University, Export and Internationalization of the companies and Silvia Piani, the Regional Councilor for Family Policies, Parenting and Equal Opportunities.

So far, the provision has been implemented by the municipal administration of Cinisello Balsamo with the signing of a MoU between Fabrizio Sala, Silvia Piani and the Mayor of Cinisello Giacomo Ghilardi.

The Lombardy Region is therefore the first in Europe to experiment with Blockchain to simplify the management of administrative procedures, having chosen the best solution available to record information in a secure, verifiable and permanent manner.

Nidi Gratis is a particularly important measure for the Lombardy Region, so Italians are very excited that experimentation with blockchain technology is being applied to this initiative. Everything will result in a considerable simplification of the accession procedures and in the streamlining of the monitoring activities, accelerating the administrative process. Families will therefore be able to make the best use of the "Free Nests" measure of the Region.

The Municipality of Cinisello Balsamo was selected for testing purposes as it results: among the Municipalities that have adhered to the "Free Nests" measure since the first edition of the year 2016; a large municipality with a number of beneficiaries of the measure (around 200) consistent with the level of participation required by the trial; possessing a qualified experience both in management and in the use of IT procedures for registrations, payments and financial flows of structures for early childhood through the use of specific applications.

Mayor Ghilardi is very optimistic with the pilot role of his own municipality. He noted Cinisello Balsamo will lead the way to the introduction of this platform that will radically simplify the system of relations between citizens and public administrations, streamlining the procedure and shortening the times. A technology that once again places the Lombardy Region at the forefront of the innovation scene.

Just in September, a public meeting will be organized by the Lombardy Region and the Municipality of Cinisello Balsamo to better explain to citizens the functioning of the Nidi Gratis tender with blockchain technology.
Objective of the Project
The blockchain, in particular, allows the dematerialization of control and verification processes and guarantees the possibility of sharing data in respect of privacy, without centralizing or duplicating information systems.

The objective of this experimentation is to simplify and speed up access to the call for tenders by removing more than 70% of the administrative steps. The entire process of recording and verifying information will in fact last from 2 to 10 minutes.

The one launched by the Lombardy Region is one of the first blockchain experiments promoted in Italy by a public administration and can mark a very important step towards the rapid spread of this technology in all areas and throughout the territory.

It seems Italy is aiming at becoming innovation and technology hub, as its cities embrace blockchain. Napoli is actively exploring innovations including blockchain, smart contract and cryptocurrency. Napoli is working with different stakeholders including the universities, accountants, CNR, etc., and this is what is making it to be far ahead of other cities in the country.

Furthermore, during the Blockchain Napoli project exhibition, the Mayor Luigi De Magistris bought a pizza using Bitcoin. Very soon, people will be entering in the shopping malls, buy products and pay for all of them with cryptocurrency in a fast, secure and transparent way, thanks to blockchain technology.