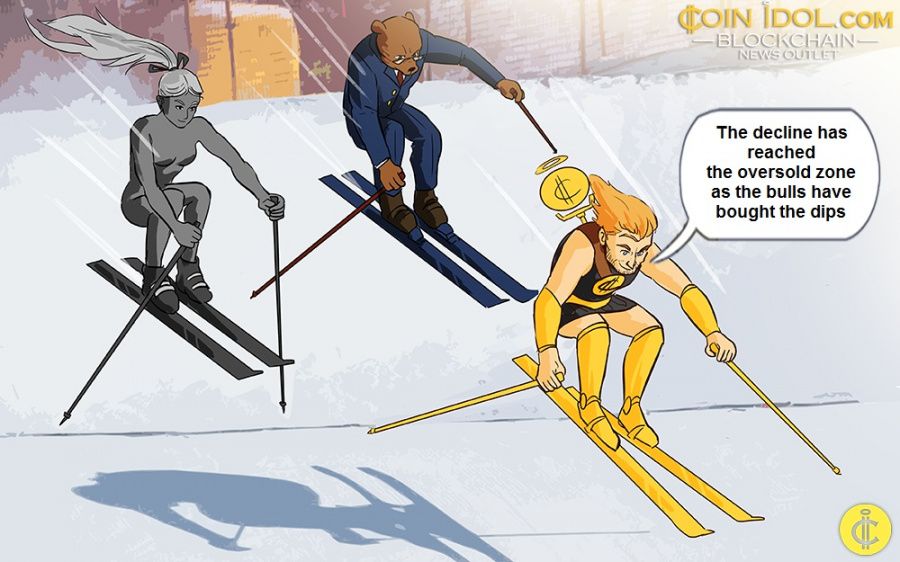 The cryptocurrency is in an upward correction as it reaches the resistance at $102 again. $102 was the previous support that held since January. The bears broke through this support and reached the low at $73. If the bears overcome the resistance at $102, Litecoin will rally above the moving averages. The LTC price will rise and reach the previous high of $130. However, if the bulls fail to overcome the high at $102, the LTC price will be forced into a trading range between $73 and $102.

Litecoin has fallen to the 33 level of the Relative Strength Index for the period 14. Litecoin is below the 20% area of the daily stochastic. This indicates that the cryptocurrency is trading in the oversold region of the market. The current downtrend has abated as the market has reached the oversold region. The 21-day line SMA and the 50-day line SMA are sloping downwards, indicating a downtrend. 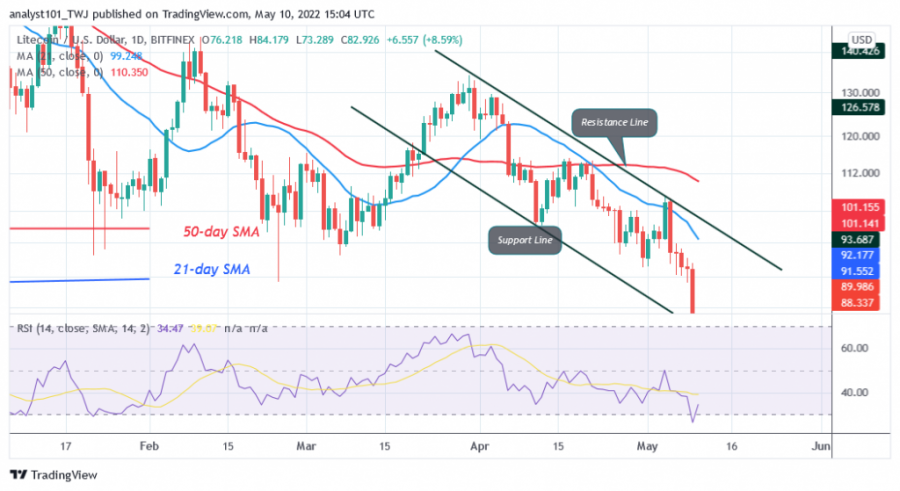 Litecoin is in a downtrend, reaching the low of $73. The altcoin has pulled back and moved back up. The uptrend will continue if the current support holds. Meanwhile, on April 30, the downtrend, a retreating candlestick, tested the 50% Fibonacci retracement level. The retracement suggests that LTC will fall to the 2.0 Fibonacci extension level, or $73.22. 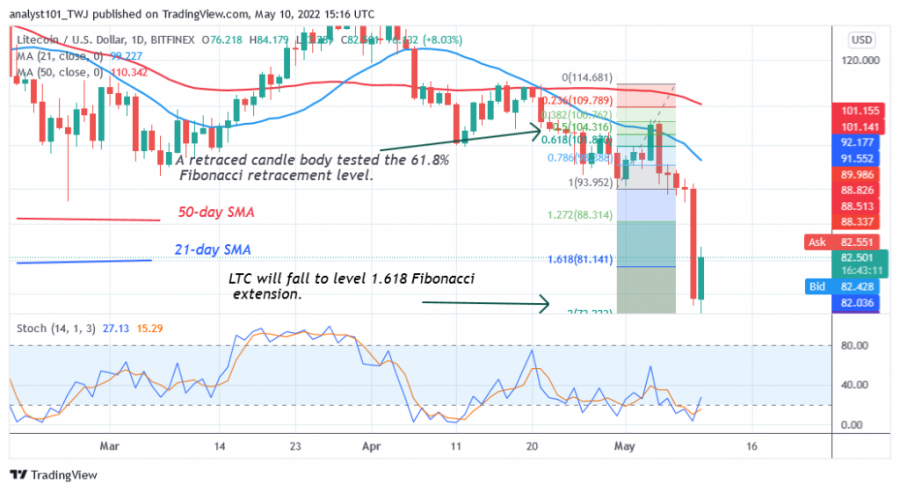