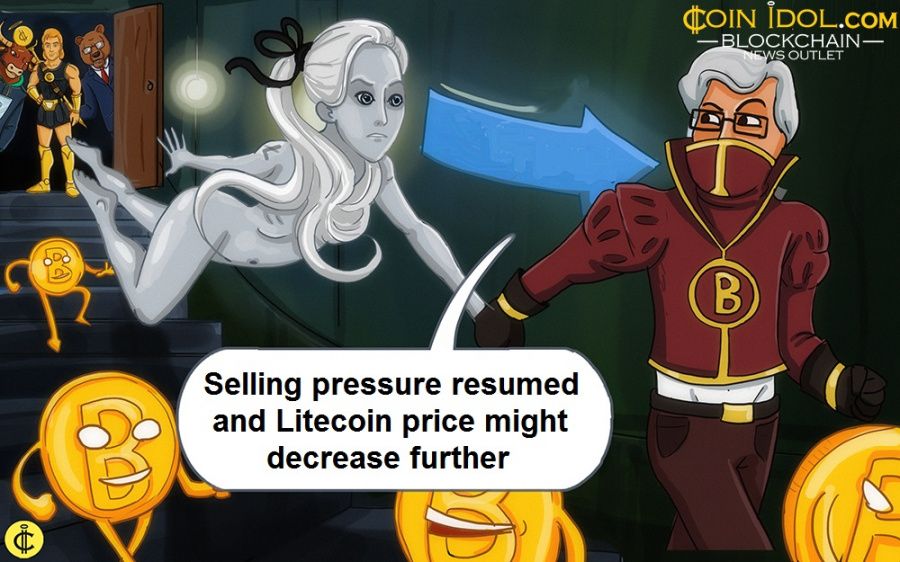 The price of Litecoin (LTC) has resumed its downward trend. The LTC price broke through the previous low twice to resume selling pressure.

First, the bears broke the previous low, but the LTC price pulled above the support. However, the upside move was short-lived as the uptrend was rejected at $160.

Selling pressure resumed as the price broke the low at $150 for the second time. If the bearish momentum continues, the market will fall to the low of $105. That being said, LTC/USD has fallen into oversold territory in the market. However, the market is considered oversold, which means that selling pressure is likely to reach bearish exhaustion. It is likely that buyers will emerge to push prices higher. Given the price indicators, it is questionable whether Litecoin will continue its downtrend.

The LTC price shows a bearish crossover when the 21-day line SMA crosses the 50-day line SMA. This indicates a sell signal. Litecoin is at level 37 on the Relative Strength Index for period 14, indicating that the cryptocurrency is in a downtrend and approaching the oversold area of the market. The altcoin has fallen below the 20% range of the daily stochastic. This means LTC/USD has reached the oversold region of the market. The current selling pressure will subside as buyers emerge in the oversold region. 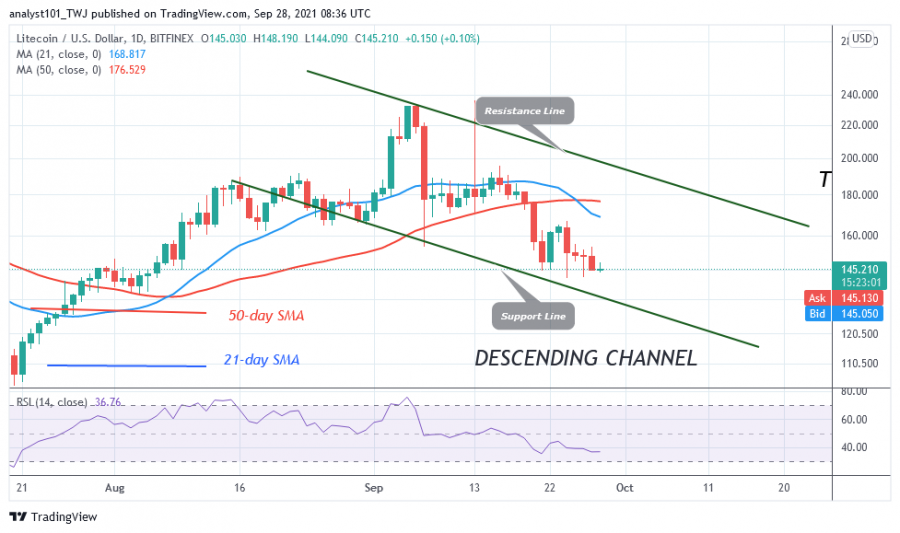 Litecoin is in a downtrend. The Fibonacci tool has indicated another downward movement in the altcoin. Meanwhile, on September 7, the downtrend showed a retraced candlestick testing the 61.8% Fibonacci retracement level. This gives the impression that the crypto will fall to the 1.618 Fibonacci Extension level or to the $105.55 level. 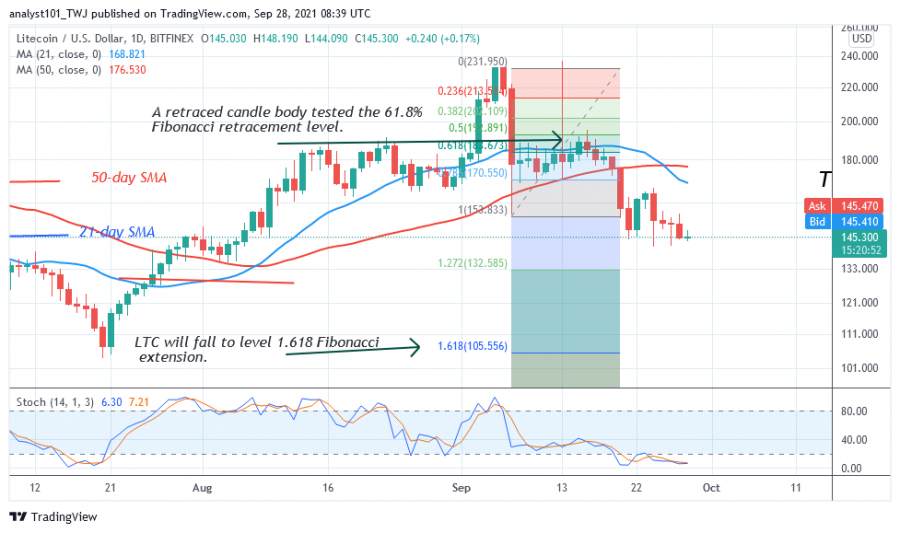