Libra is Getting Popular in China Despite Criticism in USA 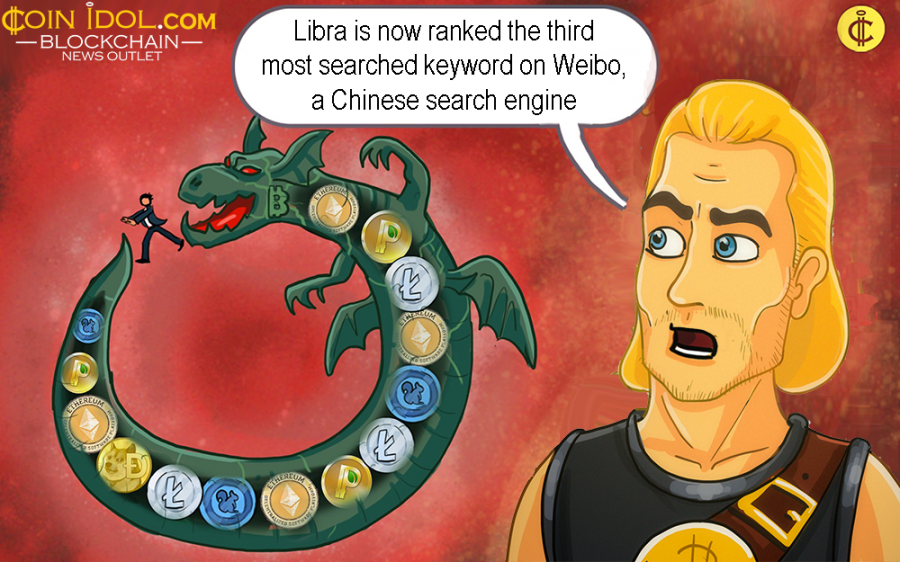 The latest research shows that Libra, the cryptocurrency owned by Facebook, is now ranked the third most searched keyword on Weibo, a Chinese search engine. Libra follows words like “Chinese Movie Star” and Mona Lisa correspondingly. This is an indicator that people living in the country have started to gain appetite for digital currency including Libra, Bitcoin and others.

It is not only here that Facebook’s project has left a big impression on people's minds but also across the entire world. Even when there is a tardy formation and prolonged regulatory demands in the global market, it has not discouraged the people from using or trading cryptocurrencies.

Libra is Gaining Traction in China

Recently, research was conducted in the United States which indicated that the majority of Americans know more about Bitcoin and Facebook’s coin that any other crypto including Ether and Ripple. The giant social networking company Facebook has a plan to outcompete banks and other financial institutions in service delivery related to finance. In fact, each day that passes by, the popularity of their coin multiplies.

It seems that the government of China is trying to put Libra in Limelight, main within the territory of China, but it looks like the government has a totally different tactic. China is trying to appreciate the potential of cryptocurrencies. Recently, the Hangzhou Internet Court officially approved Bitcoin as a legal digital property, according to Dowey Wan, a senior cryptocurrency trader. This is perceived to be an approach introduced in the country as the government is preparing to receive the currency.

As we recently reported, the United States Senate hearing on the forthcoming Libra made the market to loss over $20 billion. The volatile nature of bitcoin and other cryptocurrencies is what is making them not to be highly adopted by many governments. Even the President of USA, Donald Trump has been constantly criticizing Bitcoin due to its volatile nature, and how it is being used to support illicit activities including financing terrorism and trafficking illegal drugs.