Disbelief in Lebanese Pound Could Push People to Cryptocurrency 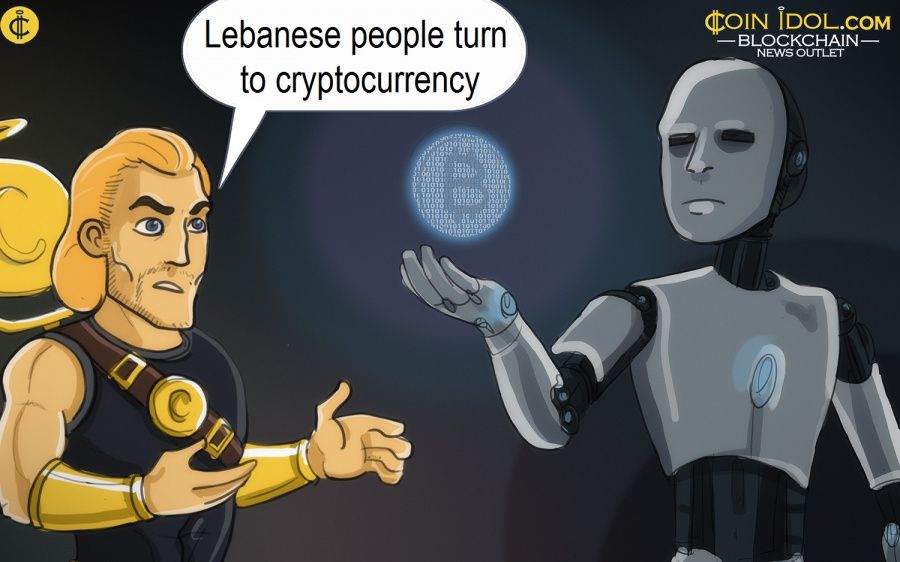 Lebanon has in recent weeks experienced a high level of protests coming from citizens over “a failed” national currency, the Lebanese pounds that lost at least 50% of its value since last year.

While countries are battling with the coronavirus infection, Lebanon is faced with an extra crisis, an economic catastrophe involving the national currency, which experts say is the worst since the 1975-90 civil war.

What happened to the Lebanese pound?

Angry protestors in Lebanon have targeted banks in the several rounds of riots fueled by the depreciation of the Lebanese pound whose value plunged 50%. From the capital Beirut through Tripoli and Sidon in the North, bank ATMs were burned to ashes by the rioters, Al Jazeera reported.

The national currency which is pegged against the USD has depreciated well before the outbreak of the coronavirus mostly due to the limited supply of USD and capital controls by the central government. The Lebanese pound failed due to the unfair central bank capital controls adopted by commercial banks, some of which locked citizens out of their bank savings or discouraged international remittances.

The new regulations now allow daily travel between $50 and just a few hundreds, while international money transfers are highly regulated, not exceeding $50,000 a year. Bank account holders can withdraw their savings in local currencies but at very low exchange rates (almost 40%) lower than the official exchange rates in the market.  Commodity prices are up over 50% while more than 200,000 people lost jobs, hence, there is a general slowdown in the economy.

Time for cryptocurrencies to thrive

Such harsh and unfair restrictions forced many people to turn to digital currencies like bitcoin as a means of financial transfer, bypassing banks and the government. Lebanon has for decades taken a hard stance on the adoption of cryptocurrencies and blockchain technology. However, the latest events might change the situation.

A week ago, Bitcoin performed so well in the economically deteriorating country, showing almost twice its rate at the time. Figures from LocalBitcoins saw Lebanese traders on peer to peer exchanges asking something between $100,000 to $15,000 for a bitcoin, while the market price at the time elsewhere was just $7,500.

It seems Lebanon has become another developing country with a thriving interest in cryptocurrency. As coinidol.com, a world blockchain outlet, reported, many countries in Africa including Nigeria, Ghana, Zimbabwe and others, are actively developing their blockchain and cryptocurrency industry. The Philippines have also seen a burst of interest in Bitcoin remittance due to coronavirus and difficulties they face while dealing with banks.

It seems, the harder are the restraints imposed by banks and governments, the more difficulties they face while seeking for financial and banking services, the more urgent is their need for an alternative, which can turn out to be cryptocurrency. While most citizens of countries such as Lebanon are unbanked or underbanked, it would be no surprise that mainstream adoption of cryptocurrency might start from there.

Tags
Cryptocurrency Value Banking Bitcoin Blockchain Capital Coronavirus Market
Most Popular
Jul 24, 2021 at 11:45
News
Pumping and Dumping, or Why Traders Shouldn't Go after Tweets from Crypto Billionaires
Jul 24, 2021 at 10:53
News
Uniswap in a Brief Rally, Faces Rejection at $19 High
Jul 24, 2021 at 08:19
News
Polkadot Is in a Sideways Trend below $13.50, Downtrend Likely
Jul 23, 2021 at 12:24
News
Remote Education Rocks: Top Universities, Including MIT, are Nurturing Blockchain Professionals
Jul 23, 2021 at 11:32
News
Ripple Rallies on the Upside but Is Unable to Breach the Resistance at $0.60
More