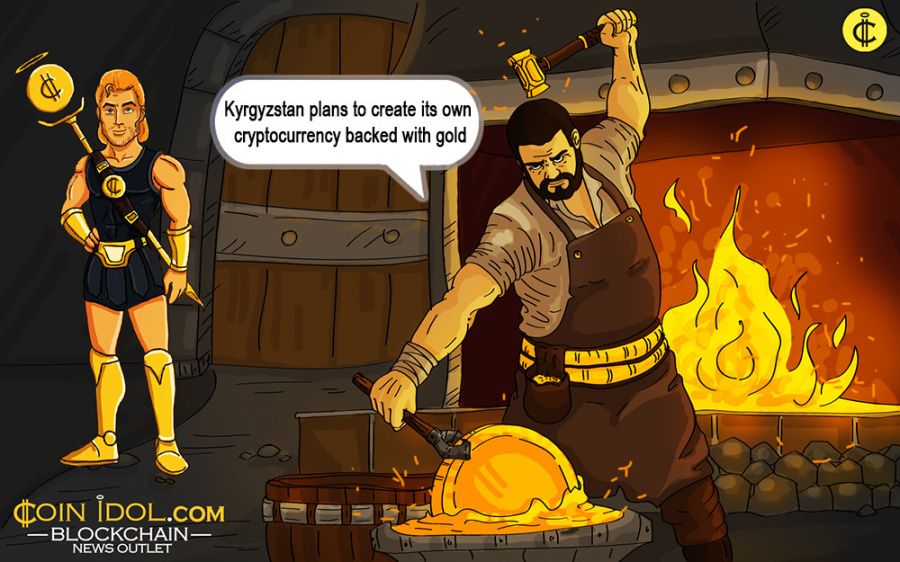 Kyrgyzstan, a country in Central Asia, is planning to issue its own national cryptocurrency, titled GoldenRock, and backed with gold. This is the first such state project of a national digital currency in the countries of the Eurasian Economic Union (EAEC).

According to the  publication, the local authorities expect to attract private investments to develop gold deposits. And when the development of the gold deposit is done the owners of GoldenRocks will be able to exchange tokens for the precious metal.

However, a decision on the exact value of the token has not yet been made, the authorities of Kyrgyzstan expect to raise between $5 to $40 million after the placement of the cryptocurrency on the exchange.

Prime Minister of Kyrgyzstan, Sioronbai Jeenbekov, made the local state company "Trade House Kyrgyzstan" responsible for the project. A Russian company, “Kript NN”, will be involved in the creation of the Kyrgyz national cryptocurrency and will also conduct the ICO (Initial public offering) of GoldenRock at the cryptocurrency exchanges.

"We believe that we will be able to provide investors with a transparent spending control system and provide guarantees of investment returns. According to our experts, the possible amount of investments in all projects can exceed $500 million.”

If the project is successful, then the next stage will be investment in agriculture.