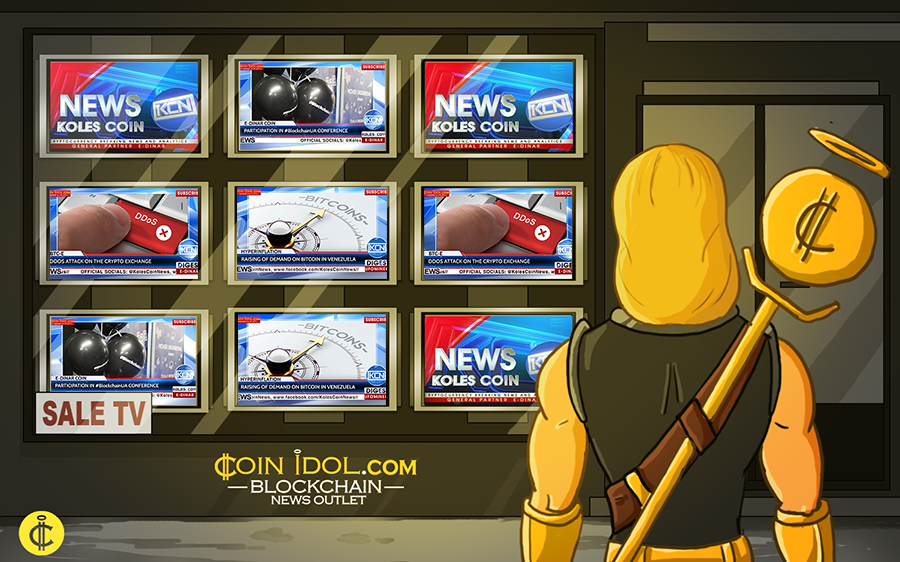 Favor of Bitcoin in Venezuela

The collapse of fiat currency in favor of Bitcoin. Venezuelan Bolivar suffered hyperinflation, depreciated by more than half over the past month. As a result, demand for Bitcoin has risen sharply, repeating the experience of India. As newsbtc.com reports - Venezuela has joined the list of countries with rapidly growing currency devaluation, which includes China, Zimbabwe, Brazil, Argentina, Spain, Italy, United Kingdom and Ukraine. The weakening of the national currency is strengthening the global demand for cryptocurrency, and, in particular, for Bitcoin.

Bitcoin exchange BTC-e suffered a DDoS attack, disrupting operations as the website went offline - forklog.com reports. Any attempts to reach the bitcoin exchange’s URL returned a blank error-laden screen. It was a couple of hours before operations resumed after the attacks were mitigated, leading to the website resurfacing before exchange services were enabled again.Apparently, the attack by unknown was ceased by simple electricity switch-off.

Recent inventions in the financial technology. #BlockchainUA Conference was held in the Dnipro city, Ukraine. Official website of E-Dinar Coin reports - the team leaders of the environmental cryptocurrency E-Dinar Coin Ukrainian community were also among the conference guests. Leaders got a number of useful contacts and held a series of meetings with potential partners on this occasion.

UFO NAV Coin to bring cryptocurrencies out of the shadow

Cryptocurrencies are not the shadow financial structure. NAV Coin team organized a conference in New Zealand. A distinctive feature of the meeting was the first physical point of cryptocurrency NAV Coin sale. According to the newsbtc.com - speakers covered the basics of Bitcoin and blockchain technology, as well as details of the NAV Coin work and cryptocurrencies future development plans.

Ukrainian exchange to launch futures on an index of Bitcoin

The world's first futures market adjustment for working with Bitcoins. Ukrainian Exchange has become the world's `first platform, which will trade on the cryptocurrency derivatives. Exchange launched futures contracts on the Bitcoin on the Ukrainian stock market on Monday, 19th of December. The basic amount of collateral on Bitcoin futures is 30%, and the amount of the contract is 1 BTC. Michael Chobanyan, the founder of the Kuna Bitcoin Agency, commented the situation to coinidol.com, this innovation will not affect the price of Bitcoin.

Growing demand for Bitcoin increased the size of cryptocurrency blockchain. Bitcoins’ blockchain has exceeded 100 GB for the first time on Monday, the 19th of December. According to forklog.com, presently 5318 people completely download the different versions of Bitcoin Core software. A further increase in the blockchain volume regards to spending for the storage of additional information volumes, also there is a risk of slowing the transactions confirm within the network.

Investing in new technologies to ensure miners have the most advanced equipment. Las-Vegas based company UFOMiners has introduced eight mining machines to meet the specific needs of today’s mining community in two years of work on the market. Ruben Vos, UFO Miners media coordinator said - “Since we recently released our products, we believe there will be a high impact in the entire cryptocurrency market.” The company develops all of its components independent of third-party solutions, keeping an eye on new methods and technologies to increase performance and decrease costs. Visit www.UFOMiners.com and watch KCN digests to learn more about UFOMiners and their devices, or to take advantage of their special offer and buy four units for the price of three.

New approach to games - full ownership of game items. Card Games Coin Project has launched the crowdfunding. CGC Project game engine is designed to be a general purpose core for several modules, each defining a specific game behavior. Minimum investment allowed is 0.0102 BTC. Official release reports - Money collected with this crowdfunding will be used for financing software development: in a future release CGC currency will be used as an in-game means of exchange.

Blockchain and logistics in China

The union of blockchain and logistics in order to overcome the financial problems. Subcommittee on the blockchain implementation was established on the 20th of December in Shenzhen, China. The subcommittee intends to achieve complete renovation of work logistics and supply in China. The technology will enable small companies to easily obtain loans and solve financial problems

Tags
Coinidol News Cryptocurrency Bitcoin Partnership Video Blockchain Exchange E-Dinar
Most Popular
May 27, 2021 at 14:46
News
Cryptocurrency Mining Sector in Iran Suffers Heavily Due to the Ban on Activities, Miners Work Undercover
May 27, 2021 at 13:57
News
Binance Coin Faces Consistent Rejection at $380, Risks a Fresh Breakdown
May 27, 2021 at 12:27
News
Bitcoin Price Struggles Below $40,000, Can Bulls Sustain the Uptrend?
May 27, 2021 at 11:07
PR
Sports Betting Meets Crypto at EURO 2020
May 27, 2021 at 09:55
News
Exploration Goes on: South Korea Gets Closer to Releasing CBDC
More