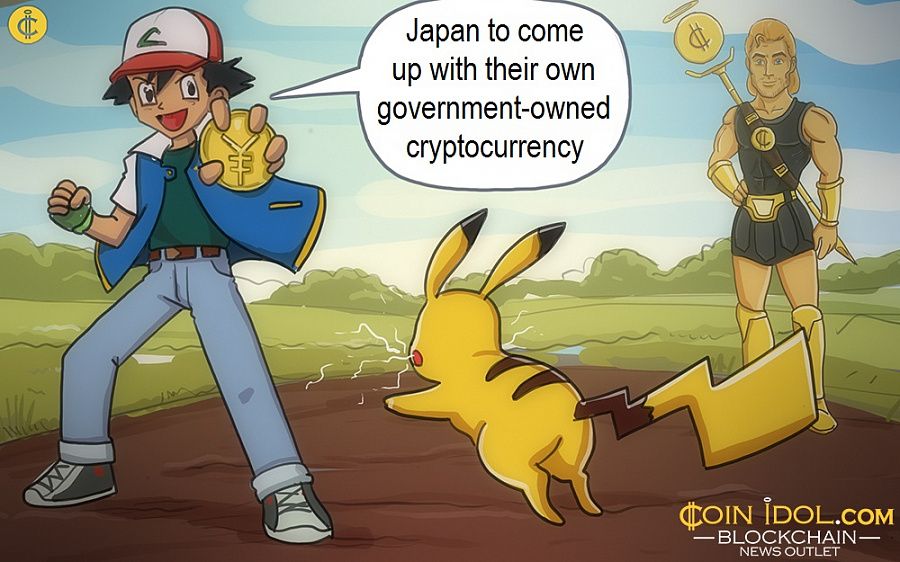 After hearing that China is trying to develop its own state-backed cryptocurrency, Japan has joined arms with other countries to come up with their own government-owned digital asset so it can dominate China’s digital yuan and all other state-owned tokens that will be launched afterwards.

It is expected that the Japanese lawmakers will issue proposals on Friday, February 7, allowing the authorities to create an effective central bank digital currency (CBDC). Of course these two nations see one another as a competitor.

The government developed the interest of developing a stablecoin following the announcement by the Chinese government to leverage blockchain and distributed ledger technology (DLT) to roll out a digital yuan in 2019. Japan thinks that China’s plan is a challenge for the prevailing reserve currency plus the universal settlement system.

The Japanese government has a feeling that if the digital yuan is rolled out and used by over 1.4 billion population of Chinese citizens, then it could push China to greater heights economically. Presently, China is the second-biggest economy in the world when we consider the annual GDP. Therefore, Japan’s efforts to launch its CDBC is an invented measure to counter the would-be sway of China’s imminent cryptocurrency.

Meanwhile, the Bank of Japan (BoJ) and 6 other central banking institutions are planning to hold a summit on CBDC in April, 2020. The Central Bank (CB) and the Bank for International Settlements (BIS), including the BoJ and the ECB, have been synchronized by holding their first convention in April in the study of CBDC, with each Governor participating in the study, according to the story by a local news outlet.

The main theme of research, along with security measures, are specifications for use in international remittances.

Officials will conclude the issue by early April. The General Assembly will be set up for an international conference in Washington in mid-April. Then, out of the interim report at the June meeting, it seems to have assumed a setup to compile a final report to the prospect of this autumn.

Bank of Japan Deputy Governor Masafumi Wakatabe said, "Because we think at 6 central banks and BIS, we have a viewpoint on how to make international transactions convenient."

The BoJ, CB of Europe, Bank of International Settlements, Bank of Canada, Bank of England, Rixbank of Sweden, Kookmin Bank of Switzerland launched a research project on the availability of CBDC on January 21. Since the announcement, the movement is very fast. I think it is shared at the government level that China, as an economic power, is taking the CBDC project very far below the surface. The new economy expects the CB, including the BoJ, to unite and operate a good consortium quickly and safely.

Tags
Japan Cryptocurrency CBDC China Yuan Digital asset Hearing Token Banking Government
Most Popular
Sep 03, 2019 at 13:36
News
Paycent Gears Up For the Biggest Trading Contest in the History of Crypto: Live September 3-rd on Binance DEX
Aug 24, 2019 at 12:20
News
TradeSanta : Enhancement the Automatic Trading in Cryptocurrencies
Nov 21, 2019 at 09:10
News
Metaverse DNA To Leverage The Community For Its Blockchain Network Governance
Apr 16, 2019 at 12:05
News
A New Era of Public Chain: Ultrain Launches its Mainnet
Jan 13, 2019 at 12:53
News
ICOBox Founder to Make His Company the Leader of the Emerging Security Token Market
×