Italy to Turn Ticino into a Cryptovalley to Boost Community Growth 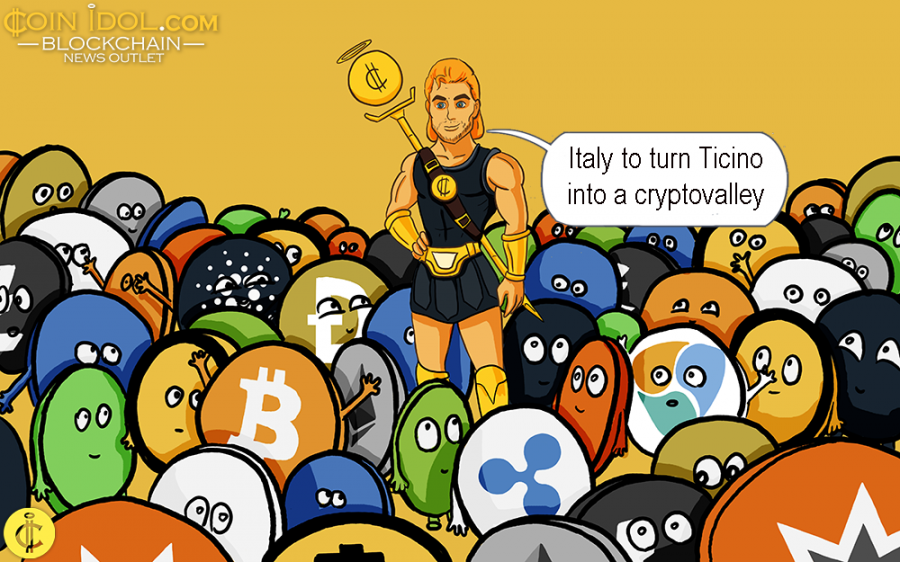 The Green tables and slot machines seem to be the new economy for Italy. Particularly distributed ledger technology, online and digital contracts system collection protocol which is appropriating large space most peculiarly in the era of financial transactions and exchanges of cryptocurrencies.

Members of the Movement 5 Stars (M5S) of Como and Varese, Niccolo Envy and John Currò, are planning a challenging project, but evenly sensible and reasonable, “to turn the Italian enclave of Ticino (an Italian-speaking region of southern Switzerland) into a Cryptovalley.”

“Sample is an area that lends itself naturally to businesses, says Currò, having as neighbours the University of Italian Switzerland, Como and international investment capital and preferential taxation.”

Therefore, the choice to underprop the development of a prosperous climate for firms and startups based on rising blockchain technologies.

A recent survey indicates that the cluster of firms operating with cryptoassets and other related technologies in the Cryptovalley largely expanded, regardless of the ongoing cryptowinter.

The Cryptovalley currently covers a wide territory of the Alpine Confederation and has overflowed into neighbouring Liechtenstein.

The decline in prices of cryptocurrencies in December and other past months greatly affected significant cryptocurrency and blockchain firms in the Cryptovalley.

The leading 50 cryptos saw their valuation plunge steeply from $44 billion to around $20 billion in Q4 of last year, as per a report by CVVC, PwC, Inacta and Strategy.

Nevertheless, the number of businesses operating within the cryptocurrency space has soared by over 20%. That implies that more than 120 new digital currency entities have been registered in Q4 of last year.

Now, Italy, Switzerland, Malta, Estonia, Liechtenstein and the Isle of Man are trying everything possible to develop cryptoasset-friendly business environments.

Blockchain technology and cryptocurrency is now the century’s most important innovation in Italy, as recently reported by Coinidol. More related applications are to be looked at in this very year.