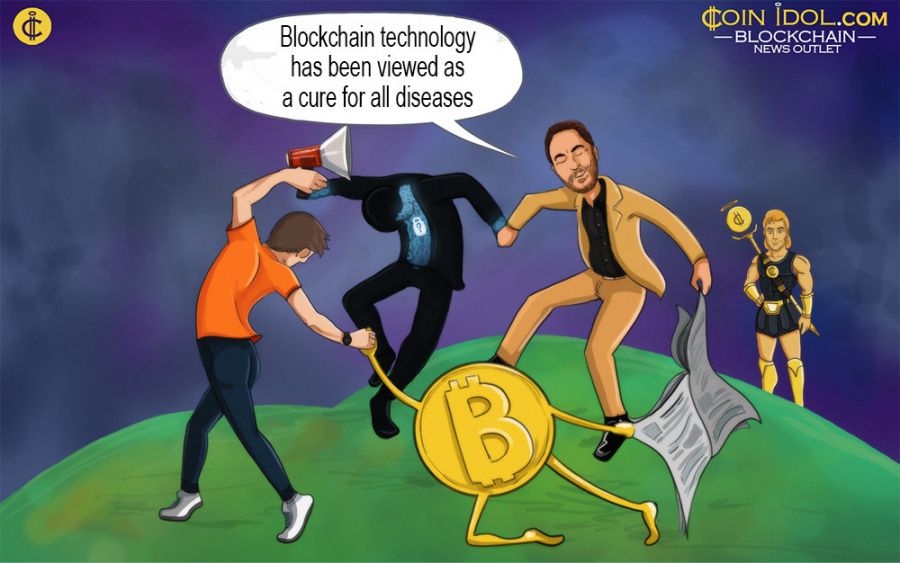 Ad fraud has been the curse not of just the online advertising industry but the entire internet for years. Over time, the fraudsters have devised numerous ways to make money out of the industry, however, their schemes don’t affect only advertisers and publishers but regular users as well.

In 2017 alone, brands have lost short of $20 billion to different kinds of ad frauds, which include bots, backdoors in ad serving networks, false impressions and other techniques employed by the fraudsters. Still, there is little to be done with it, at least within the existing market paradigm. In fact, ad fraud is the third largest organized crime venture, and it has a fair chance of becoming a runner-up in a year or so.

This, of course, has a fairly simple explanation. The online advertising industry is flawed and lacks transparency and reliable accountability mechanisms without any fraudsters. On the other hand, fraudsters have all reasons to believe that their schemes will give them high revenues while posing literally insubstantial risks and requiring efforts incomparable with profits.

How Ad Fraud Breaks the Internet

There are several most popular schemes that fraudsters use to suck money out of advertisers and publishers. If you’re in ad business, all those things are the true curse of your trade, and your company has probably lost enormous amounts of money because of that. However, those fraud methods also damage regular users. At least they don’t lose their money, one might thought, but that’s not exactly the case.

One of those schemes, which everyone but fraudsters hates, is ad or pixel stacking. If you’re running an ad fraud, it’s one of the easiest ways to make millions. If you’re an advertiser, publisher, or random internet user, you literally hate it. Essentially it means that several banners are placed underneath just one, in most cases a legitimate one. This way, a hundred of other banners are not seen, however, they make it to the reporting as legitimate ones, and therefore, bring money.

A similar way to get money for nothing is to make a banner or an ad video so small it can take just a 1x1 pixel on a website. This way, nobody ever sees the ad, and it doesn’t even have to be an actual ad but only count as one. Just like banner stacking, it not only steals money from advertisers but also freezes your browser dead. If it’s a video, you can’t stop it from playing back, and of course, there is usually way more than just one pixel occupied by such a file.

Another method massively approved by ad fraudsters is using bots that successfully mimic human behavior and therefore bypass all the anti-fraud checks that are obviously in place. In most cases, those bots operate on infected computers, again slowing down their operation. They often come as an unseen part of some unverified browser extension or something more or less similar. They drive up the numbers of impressions and clicks that do not even happen, and therefore receive enormous amounts of money.

There are, of course, way more of those. There are fake publishers, fake websites stuffed to the brim with most popular keywords, and so forth. The problem persists: the industry loses billions, users suffer from software-related glitches and freezes, and fraudsters enjoy their easy money. All the ways to tackle this problem have proved to be more or less inefficient, at least to the desired extent.

However, there’s a new solution in the house: blockchain tech.

The advocates of blockchain in advertising have been repeatedly citing the technology’s advantages that can reinvent the entire online ads industry. Such advantages are the distributed ledger’s utter accountability, transparency, and, most importantly, immutability.

What it means for our advertiser friends? It means that it’s impossible to receive payments for something that hasn’t actually happened in the first place. It is easy to check whether a website is real or fake. Basically speaking, most fraud problems associated with the lack of transparency can just poof if the blockchain system is deployed thoroughly.

However, the tech itself is widely seen as untested. Even some blockchain evangelists admit that they don’t know of everything it’s capable of, which, of course, could mean almost anything. The use of cryptocurrencies in much blockchain-powered systems is still a fairly efficient scarecrow for traditional industry players who see the obscurity and somewhat tainted reputation of crypto as a viable enough reason to ignore blockchain tech’s possible advantages and stick with the solutions they really know.

Still, this isn’t always the case. For example, a travel media giant Ink whose products you almost inevitably have seen when you read those airplane magazines, were collaborating with blockchain-powered ad network AdEx, which, among other things, claims that it can tackle the problem of ad fraud once and for all by giving advertisers very specific mechanisms to detect and deal with such things.

“We will equip advertisers with technical mechanisms to trace and prevent fraud and invalid ad traffic. This technology in combination with the transparency, real-time reporting and audit accessibility of blockchain helps deliver a platform where advertisers know exactly how much and why they are paying for advertising inventory,” AdEx team says.

The deal between Ink and AdEx is probably the first ever instance when a traditional advertisement company has partnered with a blockchain startup, giving the technology a try.

Another blockchain-powered project, Papyrus, has also expressed their belief that blockchain can put an end to ad fraud.

"We observed the issues afflicting digital advertising such as ad fraud, ad blocking, and lack of transparency and believe that blockchain can address these issues, something that we wish to demonstrate with our prototype," Papyrus business development advisor George Odysseos said.

The biggest problem with such solutions, however, is that some of them aren’t much tested, or, like that of AdEx, have only entered the beta phase of development and are yet to show what they’re truly capable of. However, as those cases might show, the big advertisement players are actually interested in the tech. They just want to see the real use cases.

Still, blockchain tech has seen increasingly more intense use across numerous industries, and advertising is no exception here. As many compare the existing blockchain solutions to the early era of the internet, the next decade might be the time when they truly blossom.