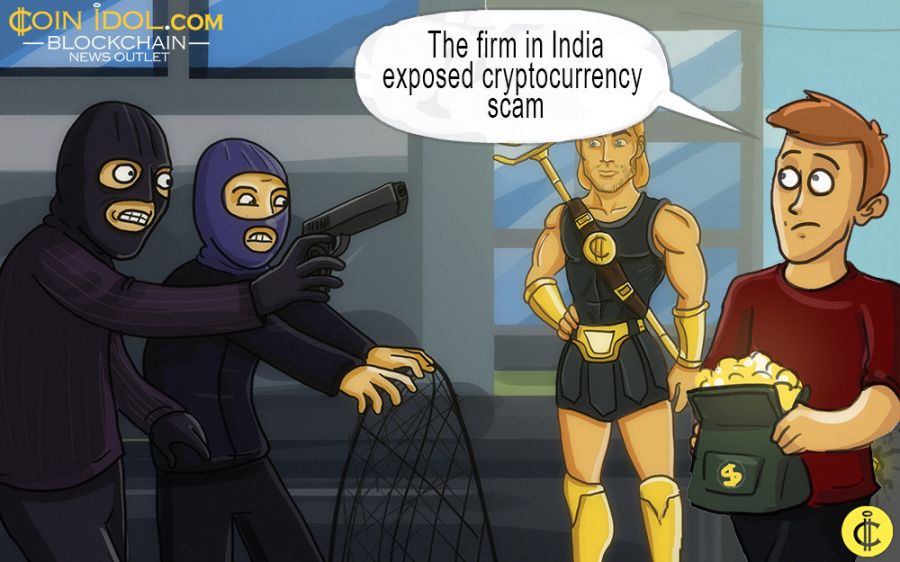 India’s crime branch, the firm that operated for two full years under the garb of a real estate firm, exposed cryptocurrency scam worth 100 crores on 5th June in Thane, Mumbai.

A senior officer of police from Crime branch told Hindustan Times, a local news outlet that officers found an office in Vikhroli during the raid. Unfortunately, some big officers are connected in the scam scandals although their roles are under investigations by the crime branch.

Flintstone Group, a real estate company is strongly being asserted but not fully proved to have carried out the scam.

These courageous investors have offered citizenships in Caribbean and African countries in order to establish cryptocurrency legal tender in future. Now, the cryptocurrency of Flintstone Group is known as MoneyTradeCoin (MTC).

The raids and investigations were made after the businessman from Mumbai filed a complaint against MTC where investors invested hundreds of crores of money. It is believed that 1.7 crores were invested in the firm and investors received nothing even after the promised date expired.

Two people were arrested on Monday by the police although the main criminal of the scam, none other than Amit Lakhanpal, the managing director of Flintstone, escaped to an unknown place. Amit used to make his client easy to be persuaded and impressed using the photos he took with various major politicians and celebrities that were pinned whole over his office. Police also suspect that Amit invested in a Bollywood film featuring a distinguished male star though this is still undergoing verification.

“MTC is an intellectual property jointly owned by Dubai based firm Bitcoin Global FZE, UAE and MTC Ltd, UK. Mr Amit M. Lakhanpal is the Director of MTC Ltd (and is one of the key members of Bitcoin Global FZE and MD of Flintstone Group, India),” Lakhanpal’s website states.

Approximately 70 people were employed by Flintstone and Vikhroli, each with 20 and 50 employees respectively.

These employees were using MTC. The promise to investors came from Pal and his associates that they will get a 20-times return on investment in just six months. But after the expiry date, the company made enough excuses denying the money to be released.

The police officer noted that a few days back, some officers travelled to Dubai to meet Lakhanpal but they were being threatened and were also told not to ask for their money. Further, the police discover that Lakhanpal did not construct or buy any building although he strongly claims to be possessing and owning a real estate company.

According to police, a case was registered by the Indian crime branch under sections of the Indian Penal Code Maharashtra Protection of Investors and Depositors (MPID) Act, plus the Chit Fund Act.