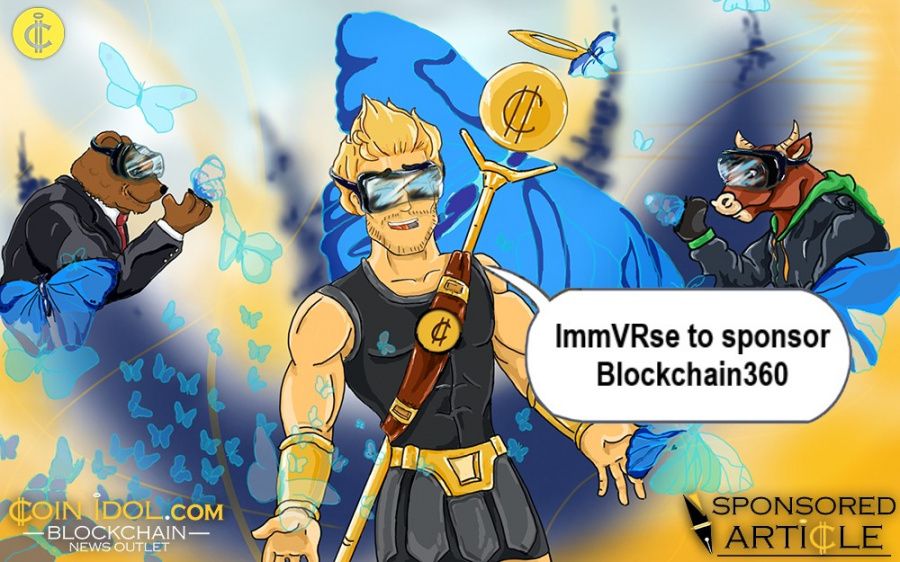 Virtual Reality (VR) developers ImmVRse is pleased to announce an official sponsorship agreement for Blockchain 360, as part of the TechXLR8 tech festival in London from June 11th to 18th, 2018. TechXLR8 is the anchor event for the London Tech Week annual conference, one of the biggest and most visited in Europe, supported by the UK government and Mayor of London.

As TechXLR8 continues to gain a reputation for introducing and celebrating the latest in cutting-edge technology and innovative creations, the affiliation with London-based ImmVRse is yet another endorsement of its VR content platform based on Blockchain technology. ImmVRse hope to benefit from the wide exposure received by TechXLR8, which received 13,000 visitors in 2017, mingling with over 800 experts and professionals across 300 stalls exhibiting the very latest in VR, augmented reality, artificial intelligence and self-driving vehicles.

As innovators themselves, the team at ImmVRse intend to stay ahead of the curve by engaging and showcasing their blockchain VR concepts to the eager audiences at London Tech Week. It believes that its platform has a great potential to catalyze further development in both blockchain and VR industries, through the combination of consumer media in VR and finance.

The team will raise awareness of the possibilities and potential for VR to create new employment opportunities for the next generation of content creators, via an open, fair and transparent decentralized platform that opened access for creators from every corner of the worlds. While this might provide obvious and immediate impact for the entertainment industries, ImmVRse is keen to show that VR’s reach extends well into the fields of medicine, education and marketing, among others.

ImmVRse CEO Farabi Shayor spoke with pride at being associated with such a prominent event that has successfully converged diverse industries for discussion, sharing and networking. He believed that the sponsorship agreement with Knect365, organizers for TechXLR8, provided Blockchain 360 as a platform for ImmVRse to promote its technology while seeking out potential partnerships:

“TechXLR8 is a fundamental part of London Tech Week - one of the largest tech festivals in the whole of Europe. As a startup, we are combining virtual reality and blockchain, both of which we believe will be recognized as crucial consumer technology in a few years’ time.”

COO Limon Rahmad added that ImmVRse sought its place in the history of VR development and progress, saying that:

“I do not believe we have even scratched the surface in terms of the value VR can bring to individuals and numerous industries in the business world.” 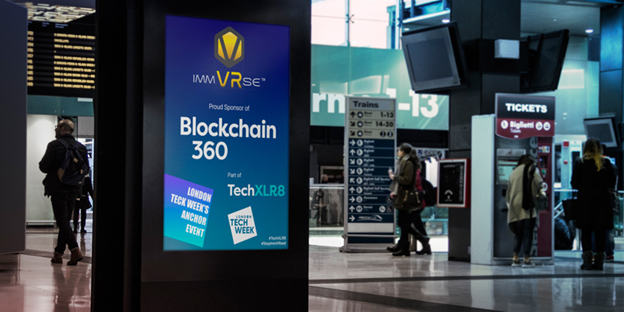 The ImmVRse development team comprises of skilled experts backed by over decades of collective experience in VR, each bringing unique talents to the firm in areas of blockchain development, infrastructure development, process specialization, marketing and HR, ensuring that they bring added value to operations. Enhanced by their insights into cryptocurrency investment, the team is confident of leading the ambitious project of a blockchain-based VR platform into reality,

To learn more about ImmVRse, visit their website or find technical details in the whitepaper. Their team is available for direct engagement, whether on real time via Telegram or forum discussions on their thread on Bitcointalk.