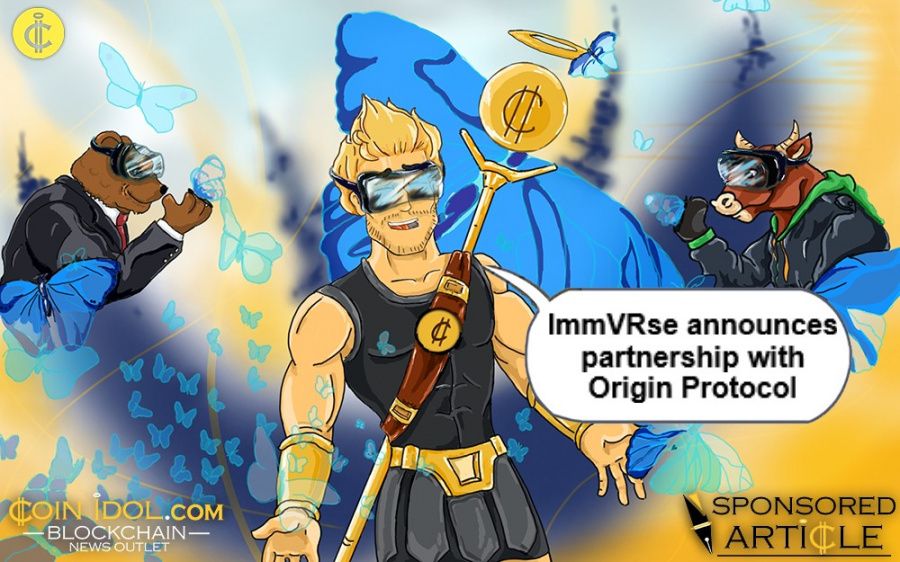 Virtual Reality, Augmented Reality and other types of visual reality have a big part to play in the tech revolution of the future. One of the most important issues nagging the development of VR technology is the lack of a dedicated platform for its content that rewards the content creators.

ImmVRse is a new decentralized VR content sharing platform that will enable VR content creators from around the world to showcase their artwork and other creations on the platform and earn revenue with the activity generated from it. T he decentralized VR content marketplace has recently inked a partnership deal with Origin Protocol, a San Francisco-based tech company aimed at developing a shared economy marketplace.

What does ImmVRse Stand to Benefit from this Deal?

ImmVRse uses smart contracts that are P2P enabled for a successful working of the decentralized marketplace. For this purpose, ImmVRse is working on a distributed application that will offer secure encryption for sensitive user data and is planning on using the IPFS gateway. Origin Protocol has an open source platform based on smart contracts too programmed with JS and HTML. With Origin’s readily built functions, ImmVRse can deploy their system without much hassle. The development lifecycle of the new VR marketplace will be cut short drastically.

ImmVRse is also collaborating with Origin’s engineering team on how to enable the fully autonomous content platform. With this latest partnership, ImmVRse will eventually be able to facilitate VR content creators and users with their decentralized moderation platform in addition to harnessing the power of the future that is VR.

Farabi Shayor, CEO of ImmVRse believes that the partnership with Origin Protocol offers numerous opportunities to integrate our vision of creating a content driven platform for the VR industry. Through collaboration, Farabi also stated that ImmVRse can now enter the market sooner than forecasted and we look forward to creating a longstanding mutual strategic partnership.

In another recent development ImmVRse have announced yet another partnership, this time with security firm Entersoft, as ImmVRse strengthens its bid to become one of the most recognized names in the VR and augmented reality (AR) industry.

ImmVRse is a top-rated blockchain startup that is revolutionizing the way we will share VR content online and get monetary and social media benefits from it. It has a 4.6 rating from ICO Bench, 4.1 rating from Track ICO, 8.2 from ICO marks and AA from ICO bazaar. It offers decentralized, autonomous payments, P2P smart contracts set up between companies and freelancers, no unwanted financial mediator and exposure of VR creators to top brands and companies.

The platform has not undergone a crowdfunding campaign until now but there is a VIP list offering available that one can register on and follow the official channels of communication.