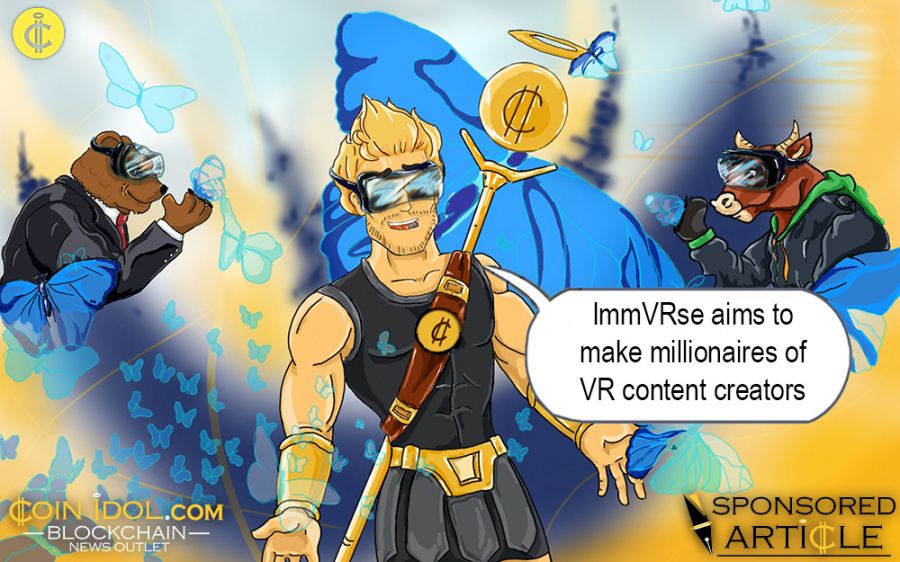 Blockchain start-up ImmVRse  aims to give content creators the freedom to sell their wares and network with potential employers via its decentralised VR sharing platform.

New research from the UK shows that rather than opting for traditional career paths as was previously the case, many 7 to 11-year-olds are increasingly focusing on the use of technology when it comes to their future employment options.  The survey, which was undertaken by the charity Education and Employers, involved 13,000 primary school children in the UK, who were asked to draw pictures of the job they wanted to do when they were older. In other research carried out by travel company, First Choice, it emerged that a third of partcipants said they wanted to be YouTubers.

What’s so special about being a content creator, one might ask?  Potential earnings aside (users creating content on YouTube are paid for every 1000 ad views), there is another major draw - the global stardom factor.  Making it possible for anyone with a computer and a camera to instantly access a global audience and share whatever talent or service they may have, YouTube has inarguably transformed the online world and the way people interact and do business.

The VR content-dedicated ImmVRse platform aims to take this already-successful model to the next level.  According to the developers, the platform will not only let VR content creators sell their material, but also talk to prospective employers and receive contracts.  Company publicity material states that ImmVRse will be “a self-sustaining and autonomous network that utilises a personalised cryptocurrency as a tradable commodity.”

COO Limon Rahman describes ImmVRse as the “VR Child of YouTube and Freelancer”.  He believes the platform could make millionaires in the VR community, by maintaining interest in  the field and ensuring increased volume and breadth of content.

Despite displaying huge potential, VR content creation is still in its infancy. ImmVRse has high hopes that its products will help to make VR the primary medium by giving content creators the freedom to innovate and make money while doing so.  According to Farabi Shayor, CEO, and founder of ImmVRse,

“One of the key problems of the VR content industry is the current fragmentation and lack of opportunity for producers to make a lot of money. Within our platform, not only can they receive advertising revenue, but they can also sell their content to buyers and receive job offers from brands.”

The ImmVRse presale is currently on and has been well supported.  ICO turnkey platform TokenGet are hosting the secure site and contributors can benefit from a 25% bonus.

ImmVRse is able to call on a variety of experts in such fields as VR, data security, IT Management, and blockchain development.