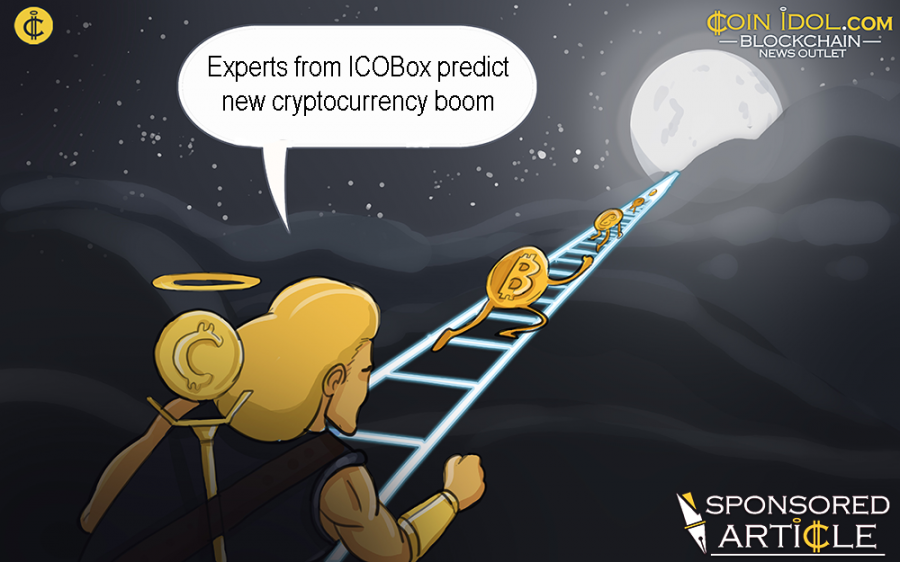 2019 may become the year that will see the revival of the global cryptocurrency market and a new wave of interest towards digital assets. This is what experts from ICOBox believe based upon their review of the current crypto industry situation.

Late last year, the researchers from the Cambridge Centre for Alternative Finance concluded that in 2018 the number of digital currency users increased twofold: from 18 million to 35 million people, bringing the total number of cryptocurrency holders from 85 million to 139 million. The number of mining farms and pool operators in the United States and Canada also went up. At the same time, after a temporary halt caused by the crash of the crypto market, digital currency mining is being restarted in China – one of the largest mining regions in the world.

According to data collected and analyzed by researchers from DataLight, by the end of February 2019, the trade value for the two main cryptocurrencies, bitcoin and Ethereum, returned to the levels of the first half of 2018, and their liquidity recently reached record highs: from the start of the year, bitcoin's liquidity doubled, and Ethereum's went up by the factor of 2.5.

"No matter how much naysayers predict the impending death of the digital asset industry, the facts prove them wrong. The increase in the trade value of cryptocurrencies, the growth of the user base and the renewed activity of miners, despite the general bear trends in the market and the depressed rates of key digital currencies, point toward one main fact: people are still very interested in the industry and all that it offers," says Nick Evdokimov, prominent blockchain visionary, expert in launching new IT startups, and founder of ICOBox. "See for yourself: would anyone in their right mind invest money in a dying company that is about to go into bankruptcy? The answer obviously "No." The situation with the cryptocurrency market is exactly the opposite: people aren't just ready to invest in it, they are doing so every day."

Evdokimov believes that the current situation points towards a potential imminent recovery of the cryptocurrency market.

ICOBox was founded in 2017. In just a little over a year the company evolved from an unknown startup to the world's largest service provider for blockchain companies seeking to conduct their ICOs. Over its lifetime, the company helped 80 projects enter the market and collect about $670 million via their ICOs. Among them are such well known projects as INS, Universa, Play2Live, Crypterium, Celsius, Patron, Storiqa, Paragon, Tokenstars, CrowdGenie, SocialMedia.Market, Native Video Box, etc.