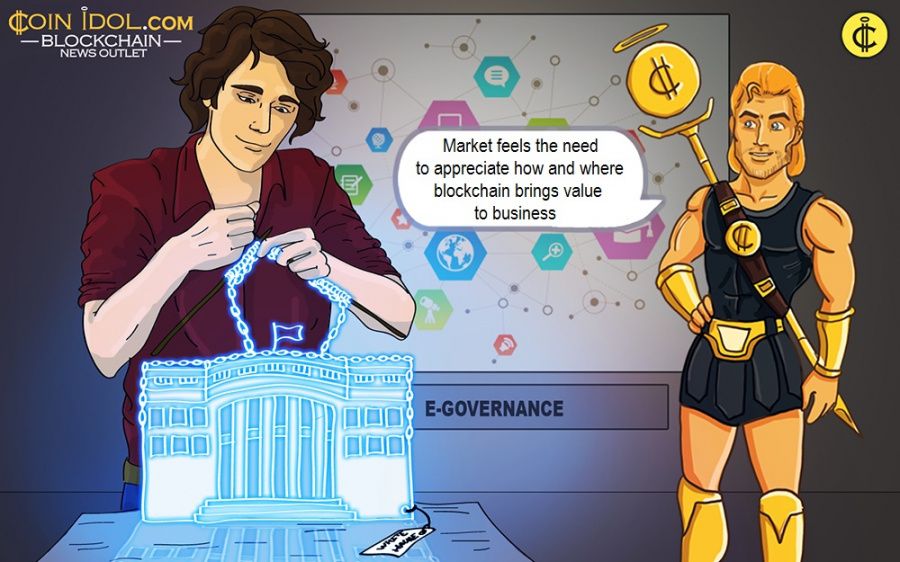 This year, more than ever, the market feels the need to appreciate how and where blockchain brings value to businesses and public administrations.

Last year was a fundamental year that sanctioned the passage of the DLT concerning communication from technology platform for the creation and development of new transactional and relational environments. In 2019 it became clearer what blockchain can do and the areas in which it can bring value to businesses, organizations and public administrations. At the same time, the issues on which the community of those who believe in the prospects of DLT must be able to function to give novel and enough convincing answers have also emerged more clearly.

Investigation by the IBM DLT Team

A valuable contribution to predicting the 2020 of DLT comes from research carried out by the IBM Blockchain team that wanted to share the skills and knowledge of its experts and all those who live the DLT at client companies in order to identify the five key points on which blockchain plays its prospects for 2020.

Adopting a DLT project often means redesigning relationships, processes, management and automation logic, i.e. it means putting a deep hand on governance. It is difficult, sometimes perhaps utopian, to think or imagine "universal" governance models that know how to gather the participation of all the participants. The IBM report tells us that 41% of firms and organizations when they think about the key factor for their disruptive blockchain think about the need for Governance.

This year, as per the IBM survey, will bring new solutions in terms of governance as regards to decision-making processes, authorization networks and standardized information management. Looking to the future, the report indicates that 68% of CTOs and CIOs have expectations on governance structures that allow managing scalability at the level of interactions between different DLT networks. Among the key points for these new governance scenarios is the capacity for cooperation, collaboration and of course participation.

Blockchain interconnection will increasingly be a reality. Certainly it is one of the needs that made themselves felt most in 2019. From the note of IBM research today is good news, that is, a forecast that meets increasingly stronger needs from the community of those who are working on the blockchain and are afraid of it, in the face of interconnection problems and, we add interoperability, to see its investments compromised.

The survey confirms that the value of the DLT comes from the ability to work on collaboration. However, there are risks associated with the fact that with a growing number of participants in a network it is difficult to expect unique choices at the provider or processing and application environment level. Interconnection is a long, often complex path and the rationale for establishing interoperability criteria can change significantly from one organization to another. Research tells us that 83% of companies are convinced that governance and standards to ensure interconnection and interoperability between blockchain networks are among the key factors in choosing to join a DLT network dedicated to a business sector.

A Blockchain Increasingly Integrated with Internet of Things, Artificial Intelligence and other Technologies 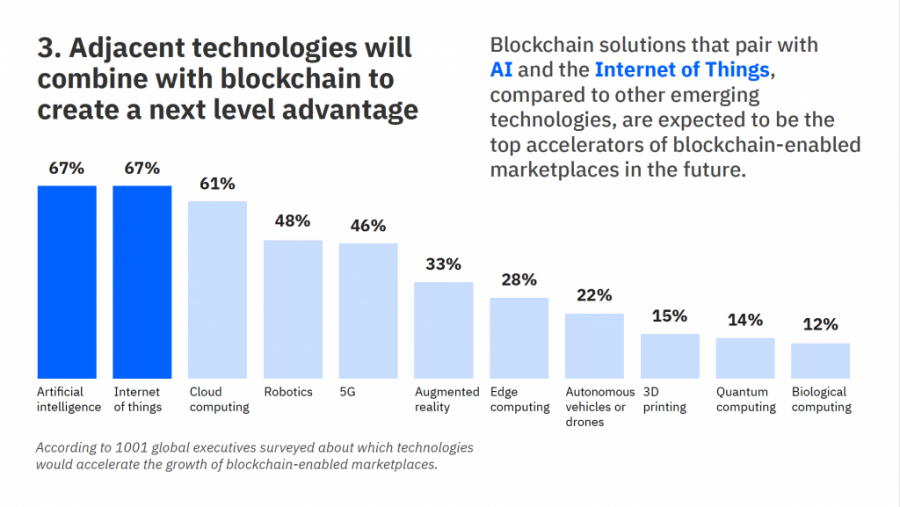 The 3rd point of the IBM survey concerns the growing incorporation of Blockchain with other tools. In particular, there are exponential technologies like IoTs, Edge Computing, 5G, AI which will be increasingly integrated into DLT projects so as to  generate new services for members of the system. The ability of blockchains to express value in combination with the IoT­s and AI represent an increasingly powerful development factor for the markets that are adopting DLT solutions.

Nevertheless, the reliability and trust that comes with the DLT and on the other, in an increasingly integrated way, the management of increasingly widespread and pervasive data sources that arrive thanks to the new generations of IoT. Also, the issues of information reliability, their protection, control of the phases of the analysis and decision-making action will be areas where the added value of this integration is expressed.

Blockchain Validation as a Counter to Fraud

DLT confirms the ability to respond to risk management and forgery issues in particular, as the survey points out, with verification  technologies in contrast to forged information sources.The survey show that in 88% of cases, institutions consider the guarantee of standards for the communication of data to and from blockchain networks as a key factor in choosing to join a reference network for a business sector. At the same time trust and transparency appear in turn as essential elements.

The requirement for new data protection mechanisms emerges and blockchains, thanks to validation tools and cryptocurrency-anchors, beacons and IoT, and solutions that are able to connect digital resources to the physical world, also allow to incorporate data from external sources in networks. With these solutions, the need for human intervention is reduced, the space linked to the "subjectivity" of autonomous choices is reduced and the risk of errors is reduced.

For Central Banks, the Blockchain Challenge is Called CBDC

Research points out that central banks will also develop as Central Bank Digital Currencies' sales and distribution centers. And it is precisely the theme of central bank-backed digital currencies (CBDC) one of the issues on which the attention of the financial and monetary world is most concentrated. And in this regard it should be noted that the World Economic Forum has recently rolled out a consortium for the Governance of Digital Currency

CBDCs together with tokens and cryptocurrencies are a central theme for the development of the capital market. The tokenization of assets plus the conversion into cryptocurrencies and the possibility of opening new forms of transaction, negotiation or management and custody are the basis of the digital transformation of the capital market. On the one hand, new services can be created, the doors open to the market enhancement of new assets and at the same time new forms of efficiency and control can be developed. 58% of the organizations interviewed in the field of IBM research are aligned on the belief that with tokenization new business sources can arrive in terms of tradable assets within new markets enabled by the blockchain.

The survey reminds us that there are areas such as Asia, the Middle East and the Caribbean that have started real-time CBDC trials. The research also adds that these cryptocurrencies will increase their importance and help change the digital payment industry. A first phase of expansion is expected with the sale of wholesale CDBCs, and a second phase will follow in which CDBCs will also be tested at retail level. But perhaps most important is that the cryptocurrencies and securities will increase in interest.