A Decentralized Project Using Collaborative Governance to Determine Its Future 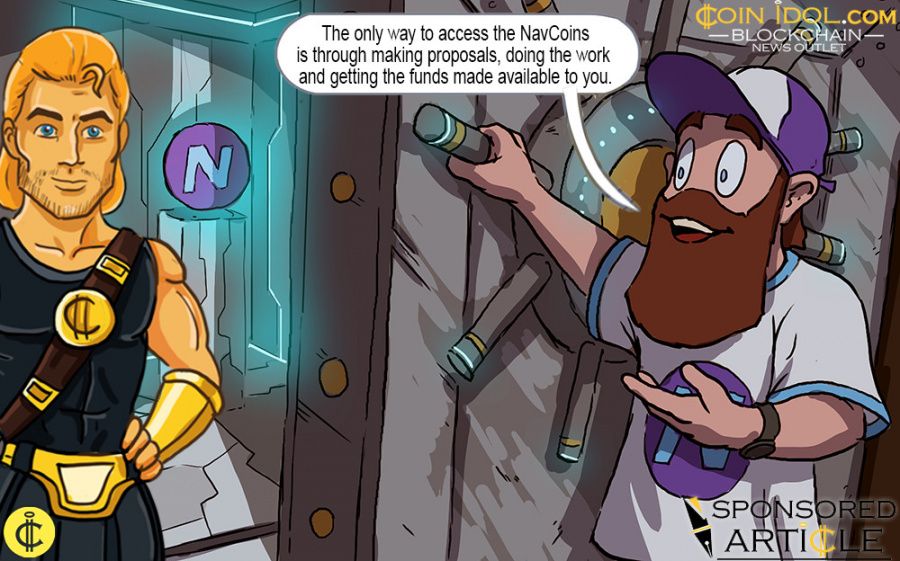 Imagine a company with no board members, CEO or CFO’s. A company that’s run by an automated network, gathering ideas and proposals of all its employees, stakeholders, and community members. A company that gives everyone a say in its future direction, and that actively promotes the collaboration of the commons. Science fiction or science fact? Well, let’s take a look at what NavCoin 's community has created!

The World’s Most Advanced  Community Fund!

The NavCoin community fund is a tool that makes this vision a reality.

After a lengthy development process and countless discussions amongst the community, it was finally ready.

Late in 2018 the  Community Fund was brought into existence and ‘locked in’ after community consensus was reached on the NavCoin blockchain.

Now, why is that so special you might ask? - Aren’t there other projects that have a community fund, warchest or some wealthy investors?

What makes the NavCoin  Community Fund so special is its complete decentralization. There is no single point of failure, no specific organization, or any individual that must be trusted in order to use it.

No one owns the  NAV in the  Community Fund! The only way to access the coins is through making proposals, doing the work and getting the funds made available to you.

Having access to approximately 42,000 NAV a month allows the fund to do such things as pay for developers, content creators, and marketing campaigns - even this article was paid for through the Community Fund! The higher the price of NAV the ‘larger’ the fund will be, meaning more developers can be paid, more content can be created and more marketing can be bought - all while being funded in a completely decentralized way.

The NavCoin Community Fund uses a dual-vote consensus mechanism. This means after a proposal is created, it is voted on by the network and then the work is started. Once the project is completed - or specific milestones are met - a payment request is created and the network votes again.

This second vote is a check and balance to ensure the work described in the proposal has been completed.

If for some reason the work wasn’t done, or the proposal was abandoned, the coins that were made available for that proposal are unlocked and added back to the community fund.

The decentralized nature of the fund also means that it is open to anyone! If you previously haven’t had anything to do with NavCoin but you have a great idea that would benefit the project, you too can create a proposal. It’s as simple as that!

If you promote your idea, provide the community a detailed overview of what you plan to do, and how it benefits the project, it is very likely that funds will be made available for the realization of your idea.

You don’t have to be a blockchain developer either. You could be a social media influencer, youtuber, artist, or just someone with a great idea. Join the community, propose the idea, collect the necessary votes and bring it to life!

A New Form of Governance

We expect the  Community Fund to evolve, for it to be used for not just funding ideas but also deciding project direction, creation of a foundation, and more. The decentralized nature of the Community Fund also allows for the issuing of voting/polls to guide the community on what direction the protocol should take moving forward.

For example, a vote is currently being cast to decide on NavCoin’s new private transaction solution. This type of voting mechanism allows everybody in the community to voice their opinions on whatever topics they decide.

The NavCoin Community Fund steps boldly into uncharted territory, giving an entire community the power to decide its future in a fair and democratic way. With the Community Fund in full swing, now’s the perfect time to get involved!

Be sure to join the community channels to stay updated.

Tags
Future Decentralization Governance Companies Community Science Network Collaboration
Most Popular
Oct 04, 2022 at 09:16
Price
Litecoin Breaks Through Resistance At $54 And Sets Its Sights On The High At $64
Oct 03, 2022 at 16:13
Price
Ethereum Approaches Oversold Region And Targets The Low At $1,098
Oct 03, 2022 at 15:05
Price
Chainlink Price Declines Significantly As It Faces Rejection
Oct 03, 2022 at 14:51
Price
Weekly Cryptocurrency Analysis: Altcoins Struggle With Downward Corrections As Cryptocurrencies Approach Lower Price Levels
Oct 03, 2022 at 12:42
Price
Bitcoin Is In A Tight Range: A Breakout Or Collapse Is Imminent
More