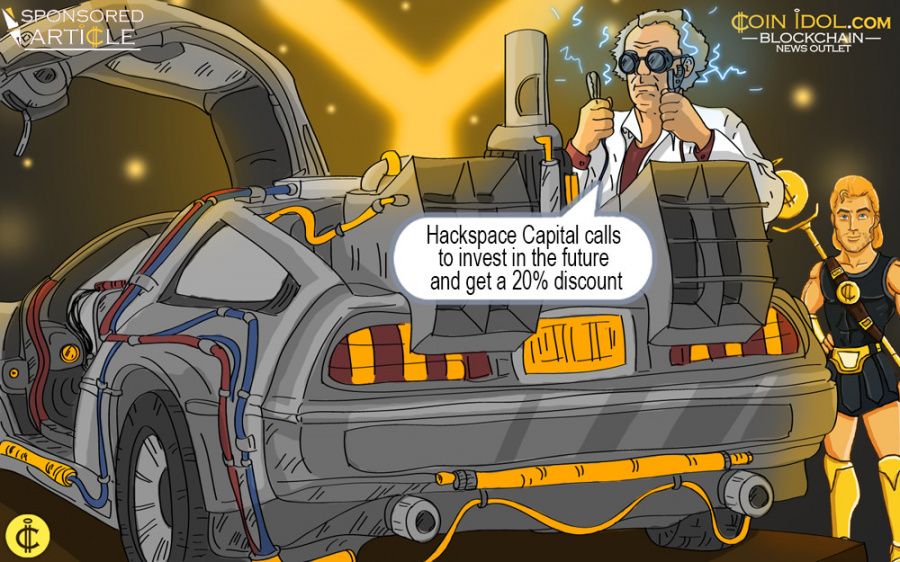 Hackspace Capital announced an ICO of its own cryptocurrency (HAC) 3 months before the official release and offers its buyers the long-term right to these tokens on the fund’s platform at a 20% discount to market price for goods and services produced by the Hackspace Capital network of companies.

Hackspace Capital is a fund that provides startups with multi-layered support such as the organization of administrative processes, legal support, business consulting, coordination and supervision of the project’s life cycle, marketing via its partner companies, R&D, scientific research, engineering development and preparations for mass production. It is driven by the goal of the establishment and further development of the international engineering ecosystem. It will include specialized institutions of idea development in the form of hackerspaces, universities and engineering centers all over the world.

A key element to the fund’s success is a constant pipeline of cutting edge technology products. Such efficiency is possible owing to a partnership agreement with EnCata, an elite design engineering/prototyping company for hi-tech and hardware startups. This agreement has provided Hackspace Capital with the right to receive an exclusive first look at the projects with which Encata is working.

EnCata’s R&D centers are the heart of the company, where engineers develop new designs and manufacture sophisticated prototypes. All the facilities of the company are working under the philosophy of LEAN and the Toyota Production System (TPS). It helps to manage the entire Product Lifecycle and reduce any losses during the transfer of information among different departments.

Critically, for Hackspace Capital, EnCata engagements require 3-6 months of close working cooperation with the founders and management teams of the startups. Such cooperation allows Hackspace Capital and EnCata to evaluate the professionalism of a young company, which is the main factor of success of any startup.

Investing in the future

Hackspace Capital plans to add 30 new projects to their portfolio every year, which will also constantly add value to the organization, thereby increasing the value of the HAC currency.

HandEnergy, which has raised more than $120K on crowdfunding platforms, has become one of the first startups of Hackspace Capital. HandEnergy is a new revolutionary pocket electricity generator. Its magnetic rotor transmits mechanical power to the stator and produces an electric current, charging the built-in batteries, which allows its user to generate their own clean energy with the power of the human body; store it, always keep it with you, and charge your devices wherever you are.

The team of Hackspace Capital believes that inventors are the future and that their priority mission is to create the most favorable conditions for young inventors and projects around the world. They stated:

“Our aim is the establishing of the world’s best engineering ecosystem with the fastest and the most organized process of product realization from “idea stage” to the mass production. We also believe that blockchain technology and cryptocurrency are the future of transactions. For that reason, we are creating our own online platform where holders will be able to exchange HAC tokens for products and services presented by our startups. Considering the anticipated growth of Hackspace Capital and the quantity of our present and future startups, we expect that HAC tokens will become a convenient, liquid currency, enabling an accelerated development of innovative products.”

As part of the investment protocol, HAC token holders (at a discount of 20% to advertised price) will be given priority in receiving the first run of produced product. As opposed to traditional Kickstarter campaigns where a buyer advances money prior to full product development in order to be among the first to receive the product, HAC token holders receive the same benefit of first delivery, but without the risk that they lose their money if the product is never delivered. HAC token holders can also freely exchange tokens for other crypto or fiat currencies on liquid exchanges or sell HAC tokens via the fund’s platform to buyers interested in acquiring the fund’s goods and services.

On September 19, 2017, 51% of all tokens will be offered for purchase to the public, under the symbol HAC. 39% of the total token amount will be distributed among the fund’s already existing and future projects. 5% of HAC tokens will be given to consultants, advisors; and will also be used for bounties and other marketing needs. Finally, in order to align long-term interests, 5% of tokens will be reserved for Hackspace Capital founders and employees.