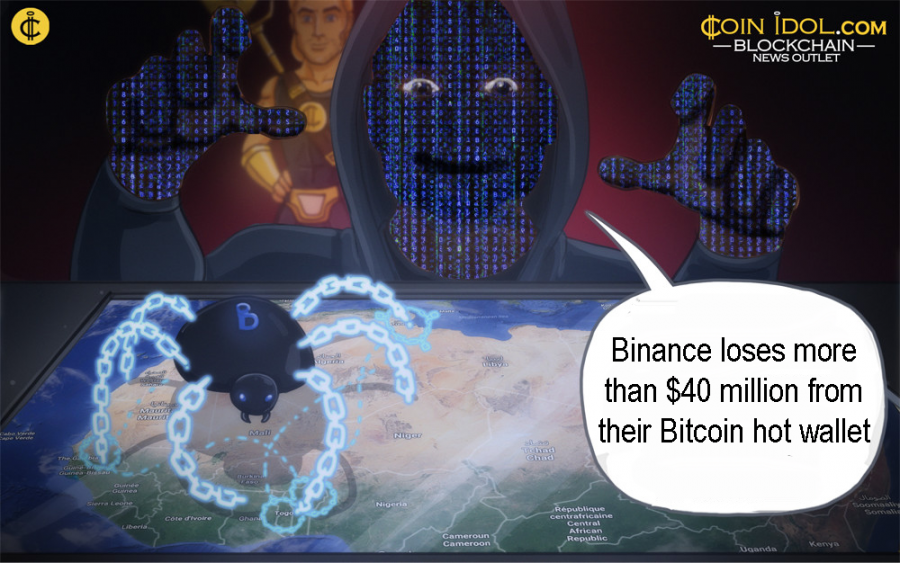 The CEO of cryptocurrency exchange Binance, Changpeng Zhao (CZ), and his team gave a recap of the security incident that happened on May 7, an event that saw the exchange lose more than $40 million (7,000 BTC) from their Bitcoin hot wallet.

CZ revealed that attackers took control of a multitude number of user accounts and made massive withdrawals from these compromised accounts without being spotted by the exchange’s “pre-withdrawal risk management checks.” The Binance’s “post-withdrawal risk monitoring system” recognized the hack afterwards, and they had to instantly suspend all other succeeding withdrawals. The hackers managed to transfer the whipped crypto (Bitcoin) through a single transaction.

In the beginning, the exchange didn’t know what exactly had happened, and they told CZ to communicate to customers that the “withdrawal servers” were actually in an “unscheduled maintenance mode,” as different security and other investigations related to the occurrence went on.

When the Binance team realized that the crypto exchange platform was attacked, it had to announce the information about the security breach to the entire digital currency community through official company’s communication social media platforms like Medium, Telegram, Facebook and Twitter.

However, at the time, the team never discovered the user account that malicious hackers accessed in, and so, they wisely thought that it was going to be too risky if they allow users to continue withdrawing their funds. On May 8, Binance declared that all “deposits and withdrawals” are to remain halted until further notice, and that it would need like a full week to make a proper “security review” and discover what really happened.

Hearing the attack on Binance, CZ mental status was in “F***, F***, F***” mode for over 10 seconds, but after a while, he started to come to his normal senses, that is when he thought that the theft of about $40 million could be partially of fully covered by their Secure Asset Fund for Users (SAFU) funds. On the other side, his team was also in a “War Mode” and their proficiency skills and support encouraged Changpeng.

A Blessing in Disguise

This apparent misfortune eventually carried some virtuous results. Talking with different team associates, and as properly scrutinized by community members, like Gautam Chhugani, this event may in fact be a helpful thing for the company in due course. Security is an endless exercise; developments have to be done. Binance’s team has enforced and applied many improvements since the occurrence and will go on to improve more in the long run. considering this particular event, the exchange has as a whole become securer than ever before.

It seems that most of these hacks on crypto exchanges and various blockchain-related businesses that have happened, a North Korean group of hackers called Lazarus Group, has a hand in them.