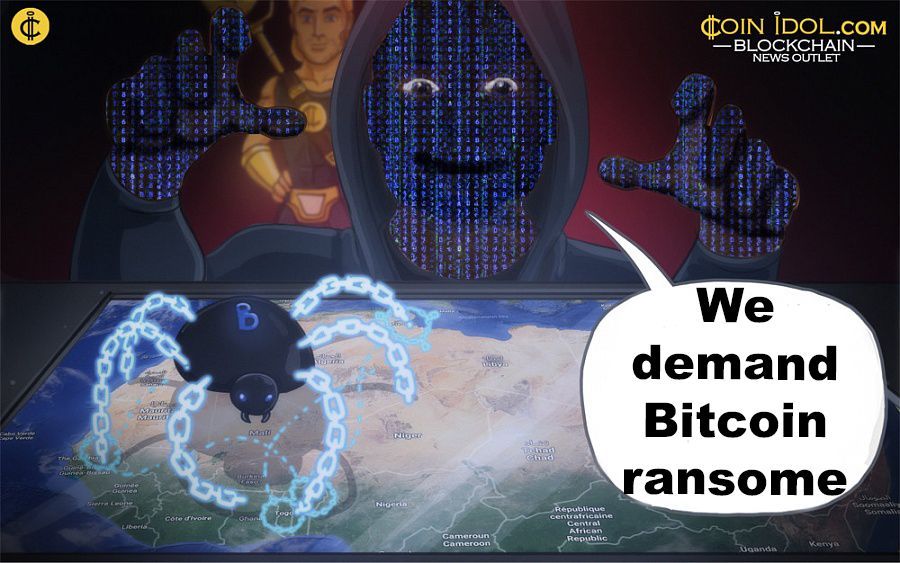 The computer system of the City of Atlanta government has been hacked, affecting payment tools and some court data. Perpetrators are asking for a ransom in Bitcoin, $51,000 worth to unlock information. Such an incident with Atlanta is the third in the last four months in the Southern region.

“The City of Atlanta is currently experiencing outages on various customer facing applications, including some that customers may use to pay bills or access court-related information. We will post any updates as we receive them,” – the state institution claimed on Twitter.

City officials discovered an outage which damaged the access to many internal and customer-facing applications at 5:40 a.m. on Thursday, Chief Operating Officer Richard Cox reported. He mentioned that the city was cooperating with the Federal Bureau of Investigation and the Department of Homeland Security, as well as Microsoft and Cisco’s security emergency response teams, in order to consult over the fintech ransomware.

Cox confirmed at the official press conference the fact that the authority had received a note with instructions to pay a ransom in Bitcoin. However, he did not reveal any additional information concerning the hack launching or specific details of the note.

As for the destiny of this demand, Atlanta’s mayor, Keisha Bottoms, said nothing definitive. It is still unsettled whether the city will pay a ransom or not. She only reported that the authority would follow federal recommendations suggesting the best move to make.

Nevertheless, such an attack, drastically striking the financial market, is not the first of its kind. During the last four months, there have been two similar incidents in the cities of Lexington in February and Charlotte in December, both in North Carolina.

Rob Tate, security researcher at WhiteHat Security, shared his predictions, saying we should expect more ransomware attacks on government utilities in the future.

“One thing that strikes me about this incident is that it’s not too different than attacks we’ve seen before. In some cases, and seemingly in a case like this, the attacker did their homework, and would pick a number that they know the victim can afford to pay,” – he told Threatpost.

Tags
Bitcoin Government Demand Hack City Information Payment Data
Most Popular
May 16, 2021 at 11:30
News
3 Reasons Why Payment Service Platforms Switch to Blockchain, Facilitating the Adoption of the Tech
May 16, 2021 at 10:35
News
Chainlink Rally Stalls at High of $52 as Altcoin Retraces for More Upside Momentum
May 16, 2021 at 09:29
News
Uniswap Range-bound Between $36 and $44, Attempts to Breach Recent High
May 15, 2021 at 12:40
News
Low Orbit Crypto Cannon LOCC Lottery Draft Occurs Every Hour | Stake Once to Enter All Upcoming Drafts
May 15, 2021 at 11:20
News
Dogecoin Resumes Fresh Uptrend as Buyers Recoup Above $0.40 Support
More