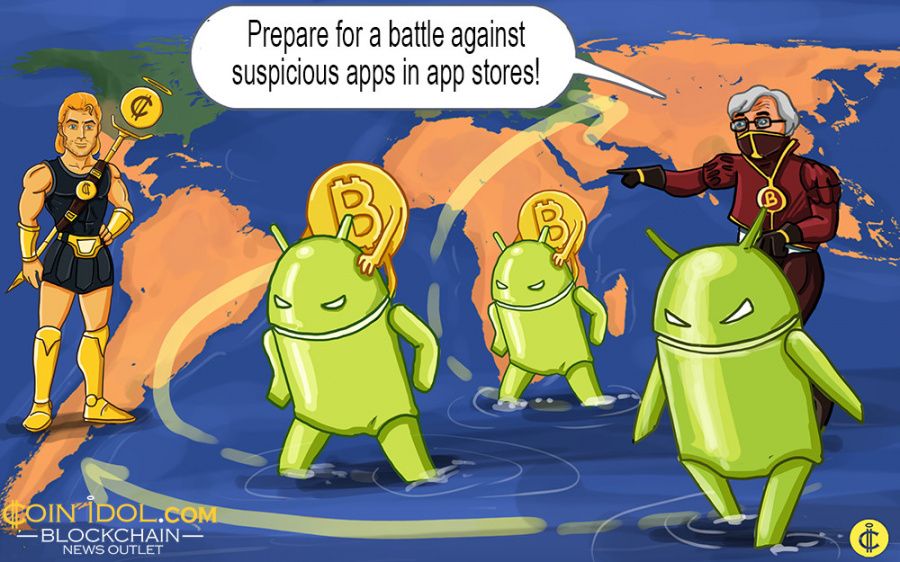 Bitcoin and other cryptocurrencies have tended to be burning topics for discussion over the years. Despite its huge potential for the financial market, there are also major cases of hacks and fraud people should be aware of when deciding on making investments.

Among other issues, there are numerous suspicious apps that could help you get rid of impressive amounts of money if you aren’t careful. Security research revealed that over 600 blacklisted Bitcoin apps are offered on major stores including Apple, Google Play, SameAPK and APKPlz.

The research was performed by threat management company RiskIQ, analysing 18,408 apps across 20 stores. The results were quite surprising. It turned out that Google Play hosted 272 such apps, ApkFiles had 54 of them and 9Apps - 52. According to the research, 3% of the blacklisted apps use “Bitcoin exchange” in the title, 2.6% are listed under the title “Bitcoin wallet” and 2.2% have “cryptocurrency” in their name.

“We are seeing threat actors around the world exploiting what is already a hostile currency in a lawless digital world. Before handing over any cash or personal data investors should carry out thorough research into the exchange and wallet apps they intend to use. By checking the developer’s name, user reviews and the number of app downloads, investors can measure the validity of an app and be more confident in their choice.”

Such apps may easily be used to steal users’ money or personal data for criminal or illegal purposes, thus, leaving the users vulnerable to various kinds of fraud. As soon as such apps exist, there is a possibility of major fraud or hack that could cause another price collapse in the market as investors might turn away from Bitcoin and other cryptocurrencies.