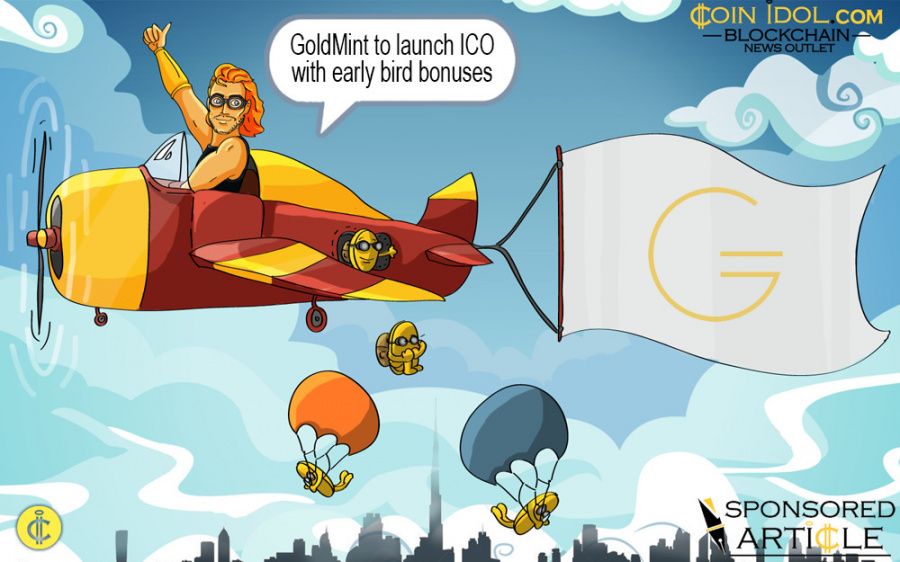 The GoldMint company (the innovator behind the stable GOLD token and Custody Bot) has published its plans for its greatly anticipated ICO. The ICO will launch on September 20, beginning with the sale of MNT pre-launch tokens (MNTP). This will be the first step toward a revolutionary new form of digital currency: gold-backed cryptoassets.

How to Participate in the ICO

To buy MNTP tokens, users may use either BTC (bitcoin) or ETH (ethereum) in the public crowdsale. During the crowdsale period, the price of MNTP tokens will be $7 USD. This value will grow, as MNT tokens are of limited supply and are used as stake in the PoS (Proof-of-Stake) consensus algorithm. Those who invest early will benefit from a progressive bonus scale, earning users more tokens for their BTC or ETH.

The overall supply of MNT tokens is 10,000,000, 7,000,000 of which will be available for purchase during the ICO. MNTP tokens will run on the Ethereum blockchain, and the ICO includes a special bonus system allowing the earliest ICO users to earn additional tokens. The crowdsale will run for one month or until all tokens are sold out. The GoldMint ICO has already received over 700 participation requests from users in 23 countries.

After the ICO, users will be able to trade their Ethereum MNTP tokens for internal MNT tokens to be used on Graphene, GoldMint’s own blockchain. As soon as Graphene is deployed, MNTP tokens will convert to MNT tokens that can be used in GOLD transactions. All future MNT-GOLD digital assets will convert based on a 1:1 ratio. All GOLD transactions will be certified by MNTP holders, who will receive a 75% commission for mining.

In the future, transactions will be conducted with the help of Custody Bot, GoldMint’s automated safe deposit device. Custody Bot independently evaluates and stores the gold jewelry and materials that support GOLD cryptoassets. Custody Bot development results will be published shortly.

GoldMint is the project from LOT-ZOLOTO, a market leader in gold assets that processes up to 500 kg (or over $10 million worth) of gold material every month. During its Pre-ICO stage, the GoldMint project collected more than $600,000 in a 36-hour period. Investors for the project include Altair Capital, the venture capital firm headed by Igor Ryabenkiy.

A few new members have joined the GoldMint advisory board. Taking on the role of advisor is Vladislav Martynov – a tech veteran with over 20 years of experience in the field, he is also CEO of Yota Devices Ltd. and a member of the Ethereum Foundation Supervisory Council. Also joining the team are Eduard Gurinovich, founder and former CEO of CarPrice and founder of CarMoney; Dr. Serge Umansky, founding partner at SIGNET; and Julian Zegelman, managing partner at Velton Zegelman. With the contributions of these new members, the GoldMint team can only keep growing in terms of its expertise and innovation. Such great names are surely indicative of great things to come.