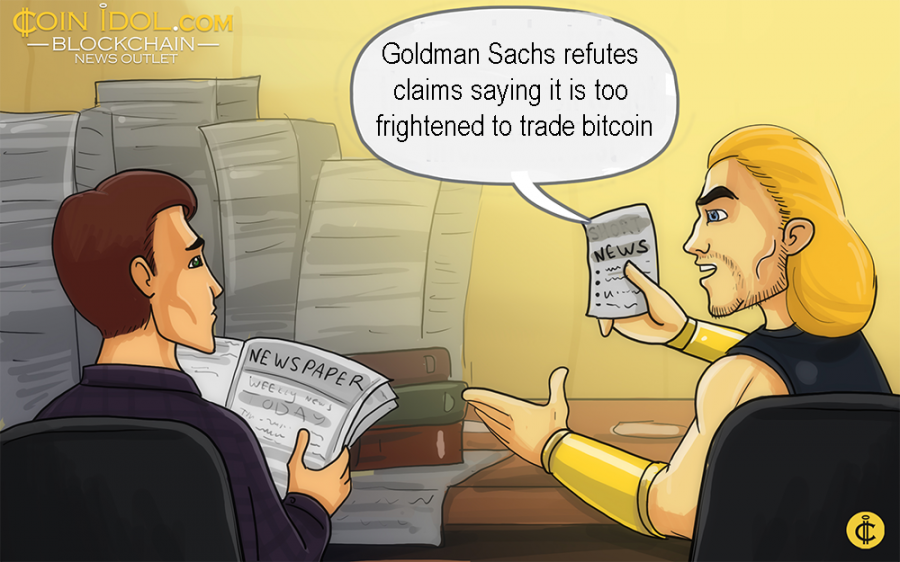 Goldman Sachs has hit back with a hard punch claiming it isn't shunning the development of its Bitcoin trading platform, alluding that such a great product will be in the firm's future, though it's still uncertain when.

Reports originally said that Goldman Sachs would launch its Bitcoin trading platform in June this year. However, June has passed, we are now in September and there is no single visible thing going on. It seemed that legal forces from the Securities Exchange Commission (SEC) were the primary reasons for Goldman Sachs failure defecting to offer the product.

At TechCruch Disrupt on Sept 7, Marty Chavez, CFO Goldman Sachs, refuted all these claims as "fake news." Chavez reveals the investment bank is still discovering the market to produce Bitcoin related products, but the delivery date has not been specified. Inferring the project is currently on hold, instead of being an active development.

Chavez stated at Disrupt, “I was in New York yesterday and I was co-chairing our risk committee, and I saw the news article. It wasn’t like we announced anything or that anything had changed for us… I never thought I’d hear myself actually use this term, but I’d really have to describe that as fake news.”

Chavez further reinforced Goldman Sachs' entrance into the Bitcoin market, alluding that the curiosity around the venture from the bank's customers has peaked and that they are enthusiastic to have tradeable Bitcoin products in the future.

It would appear that claims from earlier in 2018 are still standing. The investment bank will be going on to offer "cryptocurrency futures and forwards" for its clients. Time will only tell when the trading exchange will go live.