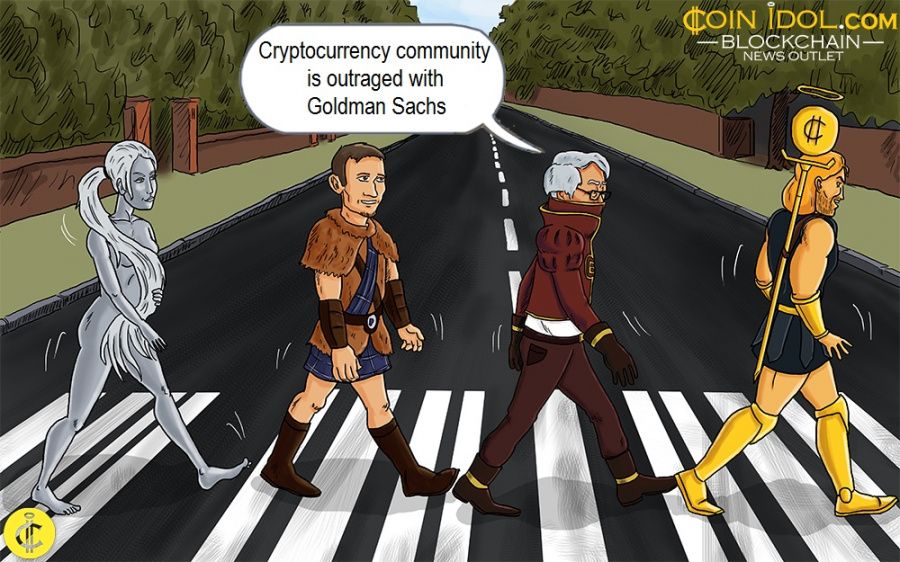 In a call with investors on May 27, Goldman Sachs, the New York-based multinational investment bank and financial services company maligned Bitcoin and cryptocurrencies, saying they are “not assets.” This statement attracted negative reactions from the crypto community.

When Goldman Sachs announced its meeting, the crypto community was full of speculations about what might come out of the meeting amid a time when economies are retarding and stock markets crashing. Most analysts predicted a change of attitude towards Bitcoin and cryptocurrencies fueled by the recent spike in Central Bank Digital Currencies (CBDCs) and other state-level forms of support for digital currencies and blockchain.

However, many people were taken aback by the corporation’s fresh remarks about crypto that said crypto “are not assets" prompting many from the crypto community to take it to Twitter and other social media platforms that Goldman Sachs was certainly envious of cryptocurrency. Moreover, the call still painted a bad image about crypto after it associated digital currencies with money laundering and facilitation of terror activities.

Tyler Winklevoss, an American cryptocurrency and Bitcoin investor and founder of Winklevoss Capital Management called the bank’s policy “ridiculous double standards” in a post on his Twitter page. His message attracted wide support from the community.

Goldman Sachs: In 2019, $2.8 billion in bitcoin was sent to currency exchanges from criminal entities.

$2.8 billion in illicit activity is a good DAY for the U.S. dollar.

In fact, Goldman Sachs is famous for its controversial attitude toward bitcoin. In November 2017, Lloyd Blankfein made a similar comment about Bitcoin after its value plunged 20% in a 24-hour period, adding that his company was not going to invest in a volatile currency. On that day, Bitcoin price had jumped from $11,000 to a record $11,395 before suddenly diving to $ 9,000.

However, in 2019, the company’s CEO, David Solomon, expressed their intention to explore the potential of blockchain and cryptocurrency techs, as coinidol.com, a world blockchain news outlet reported. Back then, he called blockchain technology “the future of payments”. Despite this, he, however, refuted any plans for Goldman Sachs cryptocurrency trading.

Nevertheless, Bitcoin and cryptocurrency trade has continued to boom despite such sarcastic comments from high-level critics such as Goldman Sachs. In an effort to recognize the importance of digital currencies, central banks have considered designing similar versions of crypto to replace their paper money.