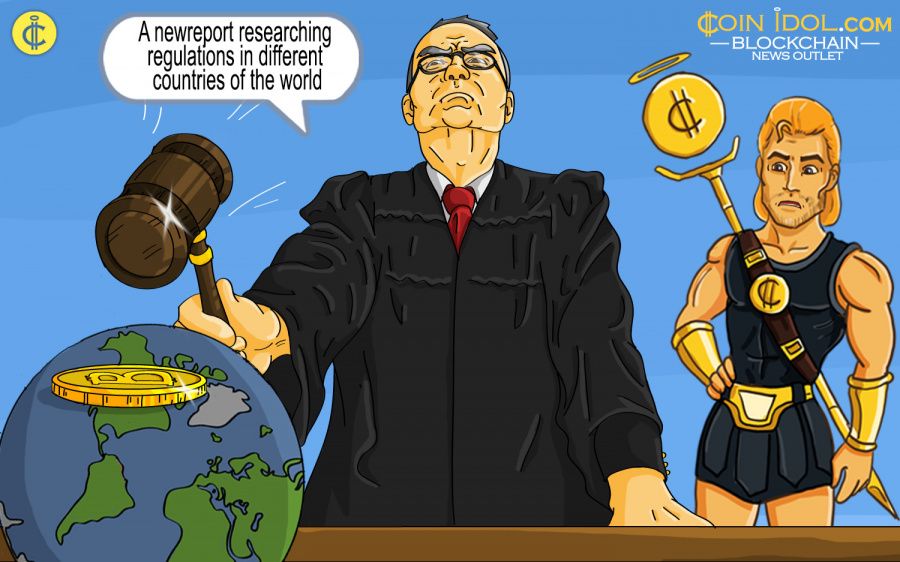 The aim of the report is to provide an overview of the conditions for running cryptocurrency businesses and transactions, as well as interactions with government regulators and tax services.

Vlad Likhuta, the supervisor of the research, an associate at Axon Partners, and the head of marketing at ForkLog Consulting, commented on their work:

“The report analyzes jurisdictions that are most popular with cryptocurrency businesses in terms of regulation. The document’s goal is to paint the most comprehensive picture of regulation, taxation, and possible liability for cryptocurrency-related activities.”

Great Britain is Leading the Way

According to the research, Great Britain is the leader of cryptocurrency integration and one of the most comfortable jurisdictions in which to start up a cryptocurrency business. Indeed, London is considered to be the biggest fintech hub with numerous digital currency solutions presented every year.

However, the government of the United Kingdom still has no decisive position on cryptocurrency. Formally, it is not a currency, it is in a legal limbo. But parliament intends to regulate this sphere of finance in order to prevent money laundering, terrorism financing, and other illegal transactions.

A similar situation is observed in almost all other countries. The Australian government does not recognise Bitcoin as a currency, although it is widely used by their population for different payments - even utility bills.

The USA and Canada are leaders as to the number of Bitcoin ATMs throughout the country. People can exchange fiat money to cryptocurrency and vice versa as easily as if they ware at traditional ATMs.

Ukraine enters the TOP-10 countries by the number of Bitcoin users. There are also large development and research companies such as Distributed Lab.

Decentralization in a Centralized Government

While in most countries there is room for Bitcoin and cryptocurrency development and adoption, even if the government treats it suspiciously, in some countries it is highly unwelcome or even forbidden.

The Russian government doesn’t really like the decentralized idea of cryptocurrency, which is not surprising, as state police in Russia mostly tends to be centralized. Rumours about banning Bitcoin have been heard for the last three years. The good news is that they haven’t done this yet. Besides, Russian citizens tend to like cryptocurrency more and more.

According to NAFI’s survey of 2015, 40% of Russians were supporting the idea of banning cryptocurrency. In 2016, the number decreased to 20%. Nevertheless, Russia might become the first country to officially regulate Bitcoin, turning its idea of decentralization into fiction. Paradoxically enough, at the same time, Russia provides the cryptocurrency industry with an incredibly large number of bright minds to innovate and develop new solutions.

Some countries in Latin America are even less lucky. The Central Bank of Columbia announced that cryptocurrency is not a legal payment instrument. In Ecuador and Bolivia Bitcoin is officially banned.

The Next Report is Coming Soon

While Russian and English versions of the report are available on the web, ForkLog Consulting and Axon Partners are conducting another cryptocurrency regulation research, this time covering Switzerland, Estonia, Singapore, the U.K. and the U. A final document in Russian and English will be released at the conclusion of the project.