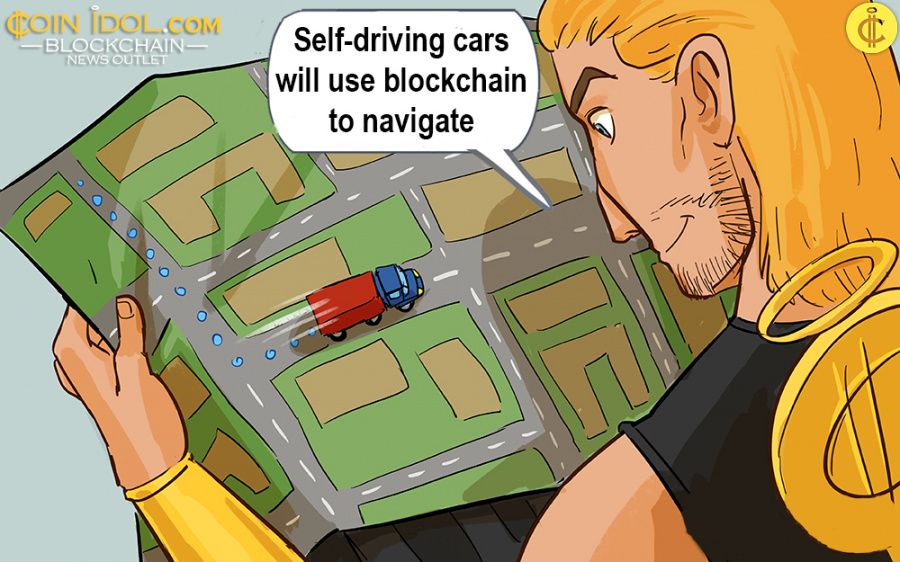 The automotive giant from Detroit, General Motors, has filed a patent for a blockchain-based platform that will be utilized by the company’s self-driving cars. The filing was submitted to the US Patent and Trademark Office on April, 2.

Blockchain technology will be used to build a map for such vehicles as they apply numerous GPS and other sensors to build routes and avoid obstacles while on the move. General Motors (GM) is planning on developing a distributed and decentralized database to update navigation maps.

The platform will include its own sensors that will gather and store data analysing the surroundings to build the optimal route for a self-driving car. The data then will be recorded on the blockchain, thus becoming immutable and unaltered.

Blockchain has the potential to transform the industry

General Motors is known for its devotion to innovation. Coinidol.com, a world blockchain news outlet, reported last year that the company has concluded a partnership to develop a fraud protection system for the auto financing sector. The project aimed at a distributed and secure identification, verification and protection of sector participants.

However, the giant’s journey in this industry started back in 2018, when GM joined forces with other players in the industry including Renault, Ford Motor Company, Honda Motor and BMW to deploy a Mobility Open Blockchain Initiative (MOBI) aimed at facilitating paying fees for parking lots using blockchain-based car ID system.

As of now, other companies from the automotive industry are exploring various use cases of blockchain as the technology owns the potential for improving security, transparency and traceability. For instance, Lamborghini is looking to apply the distributed ledger to certify vintage cars, and BMW plans on improving its entire supply chain for raw materials to make it more transparent and traceable.