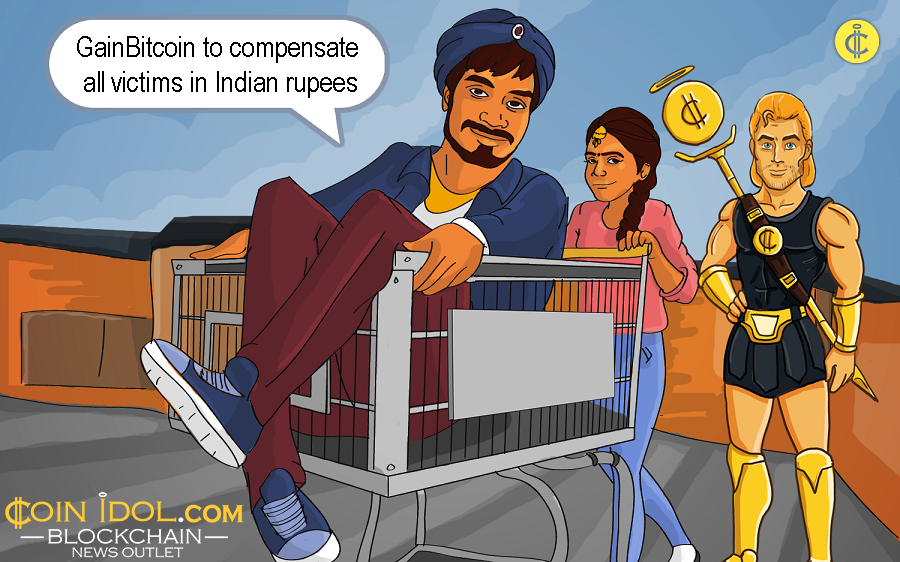 The mastermind behind the detestable bitcoin Ponzi GainBitcoin has proposed to reimburse thousands of victims who encountered losses during the blueprint that consisted of an initial of almost $150 million in cryptocurrency.

Amit Bhardwaj, who is currently under arrest, has been discovered as the top-dog behind the biggest crypto scam in India. The founder of now-deceased bitcoin mining pool, GBminers plus the giant investment scheme called GainBitcoin, has proposed to compensate investors their initial crypto investments in Indian rupees, according to Factor Daily, a local publication.

Taking Advantage Of Others

GainBitcoin started in 2015 as a Multi-Level Marketing (MLM) scheme and accumulated more than 100,000 potential investors by its own admission, whereby they were promised returns of 10 percent per month on their crypto investment. After the intervention by the Authorities, Amit shifted his base of operations to Dubai, UAE while the operations still continued to function in India. He is asserted but not proved to have bought several properties in Dubai such as an office space in the world's tallest building, Burj Khalifa tower, according to the investigation into the completely overwhelming scam that is still ongoing. The Authorities also came across a number of big companies in several countries such as Estonia, Hong Kong, U.S, Dubai and British Virgin Islands registered by Amit.

The Authorities further found two bitcoin wallets that are managed by Amit, previously having a total sum of 5372 bitcoins (approx $40 million in present prices) but the wallets had a total balance of 3.31 bitcoins at the moment of discovery.

The Authorities have sought out significant crypto exchange, Zebpay after ascertaining that a huge volume of transactions between Amit and the victims happened through its platform.

"Zebpay is the platform through which investment and sale of bitcoins were done in this case, which is why they were called for an enquiry," a cyber crime police official said.

Particularly, Amit has offered to reimburse all investors their initial bitcoin investments with their equivalent Indian rupees current value. The victims are comprehensively opposed to the move, requesting their compensations in today's market value of their initial bitcoins:

"Today, the Bitcoin price is much higher than what it was when we invested," an anonymous victim was quoted as stating. "It is like Amit Bhardwaj will keep the profits and just return the principal amount which is wrong."

Many investors have according to reports filed police complaints in several cities such as Mumbai, Delhi, Pune, Kolkata plus other cities.

As earlier reported, police have as well forayed and shuttered an Ethereum mining installation that was also involved in the MLM scheme, grabbing 100 Ethereum mining rigs, 500 GPUs and many servers.