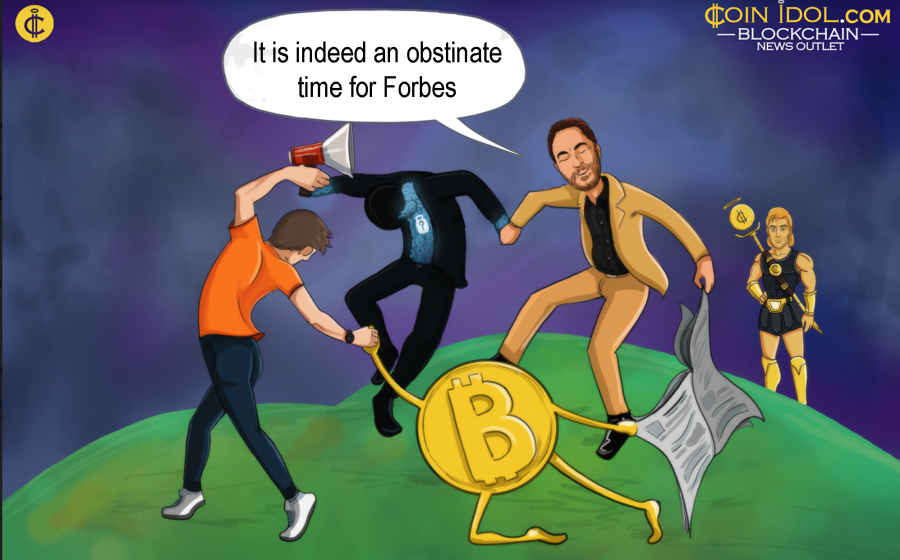 It is indeed an obstinate time for Forbes as news media in China calls its recently issued report on the Chinese government digital currency “baseless guesses.” A report that was published by Forbes’ cryptocurrency editor known as Michael del Castillo on Tue Aug 27, 05:13pm showing that Paul Schulte, ex global head of financial strategy at China Construction Bank, has identified 7 giant companies to have access to the Chinese state-owned virtual asset called Digital Currency/Electronic Payments (DC/EP).

Among the organisations that were named to access and use the state-owned virtual currency first, are: Bank of China, China UnionPay (CUP), Tencent Holdings Ltd, Industrial and Commercial Bank of China (ICBC), Alibaba Group Holding Ltd, Agricultural Bank of China (ABC), and Construction Bank Corporation (CCB).

The report revealed that the tech behind DC/EP was successfully tested and approved by the responsible authorities since 2018, adding that the token could be officially rolled out on Monday Nov 11, 2019 on a Single Day.

During the period of the roll out, the receiving parties will be tasked with allocating the token to over 1.3 bln Chinese people and many other non-citizens who are carrying out various businesses using the Chinese fiat money renminbi. Forbes further disclosed that the Central Bank is considering to spread the cryptoasset to giant spenders living in the US, UK and others via financial collaborations with correspondent financial bodies in those nations.

As we know that there is now fire without smoke, the country could indeed be planning to introduce its own cryptocurrency into the market before Facebook bring in its own Libra token. China fears that once Libra comes first, the market is likely to adopt it highly and this could be the beginning of the economic crisis. Remember the trade war is still going on.