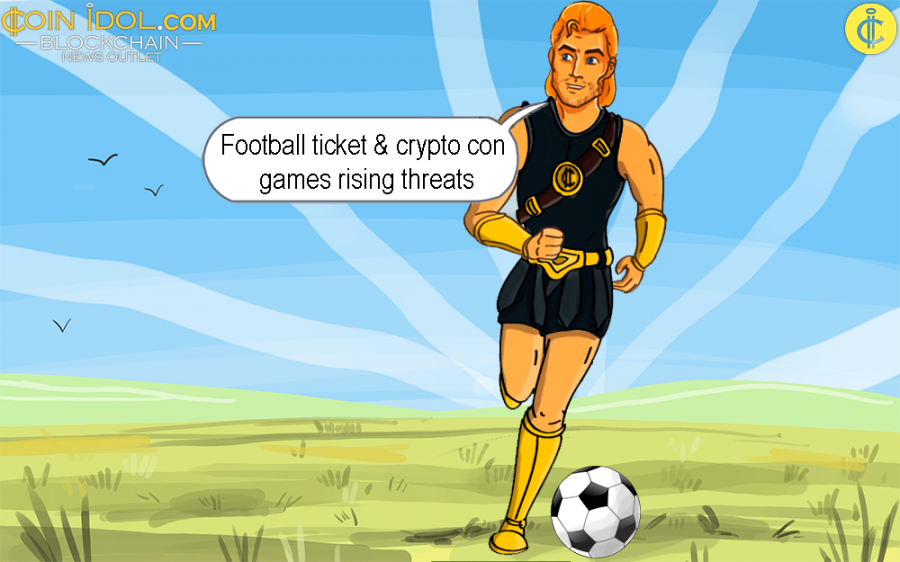 Phony Euro 2020 tickets, modelling and Crypto phony fraudulent deals are some of the rising threats posed by swindlers, consumers have been cautioned.

National Trading Standards (NTS) imposed a record 230 years in maximum prison sentences and stopped £182 million of losses to users in 2017 but cautioned users to stay on the lookout for "new and emerging threats."

Illicit skin lightening creams - the majority of which contain hazardous ingredients such as hydroquinone, mercury and corticosteroid that can damage one's health, are also soaring, as per NTS's yearly Consumer Harm Report.

It cautions of an increase in modelling con games on social media that provide the public with the chance to roll out their modelling career but result in the phony agency vanishing with a fee, and intelligence alluding that significant film releases happening in 2019 will cause huge volumes of fake goods.

Several criminals are getting ready for Euro 2020 with phony tournament tickets already available for sale online and offers for fake merchandise such as replica shirts and tournament memorabilia, the report strongly cautions.

“From the use of social media to promote fake modelling and cryptocurrency scams to the dangers of illegal skin lightening creams, criminals are always looking for new and creative ways to boost their ill-gotten gains.”

NTS revealed the demand for digital currencies had led to a rise in swindlers taking advantage of clients willing and able to invest in new lucrative schemes.

The report further noted that the work of NTS groups at airports, postal hubs and ports resulted in over 2.2 million non-compliant and fake products being stopped from entering the country.

Major convictions had a big impact on the activity of copycat websites, a mum and son Dyson vacuum cleaner servicing scam and a PC repair swindler that claimed to be representing Microsoft.

“Our work securing 100 convictions and 230 years of prison sentences sends a very clear message that these crimes are taken extremely seriously and we will not stop in our efforts to bring criminals to justice. NTS investigators are continuing to work hard to protect consumers but I encourage everyone to remain vigilant. If you suspect that you, a family member or someone you know may be the victim of a scam or fraud then I would urge you to contact the Citizens Advice consumer helpline on 03454 04 05 06.”