5 Biggest Flaws of Cryptocurrency Industry in 2020 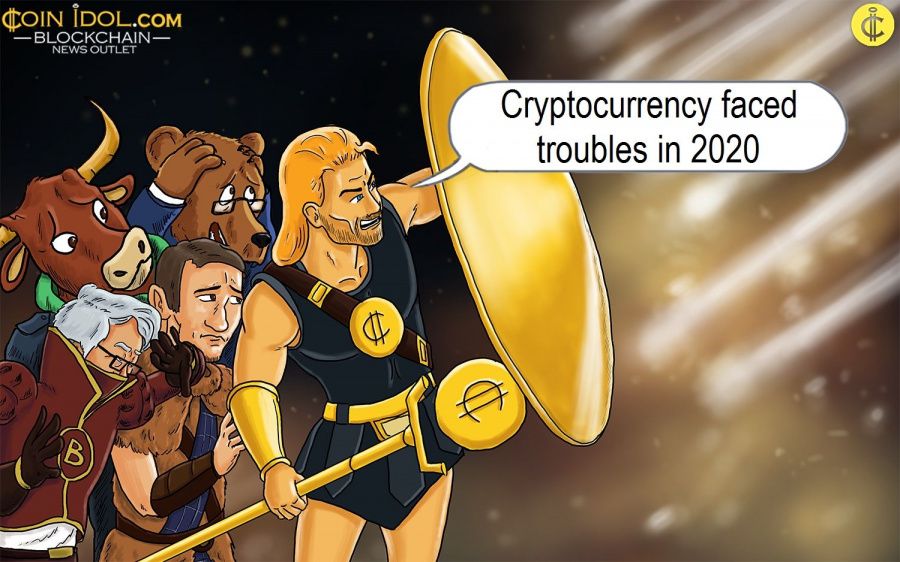 2020 was quite a controversial year for the cryptocurrency industry. It started with the bearish sentiment, triggering the collapse of the market. However, the second half of the year turned out to be positive for cryptocurrency, as COVID-related lockdown triggered a significant interest in it.

Although the year is considered to be generally bullish, the blockchain and cryptocurrency sector has experienced several challenges after all. The hardships ranged from hacks to regulation, bans to price volatility and lack of inherent value, scalability to cybersecurity issues, price manipulation to pump and dump initial coin offerings (ICOs) schemes, lack of price uniformity to transaction delays, and many others.

Ripple got into serious trouble

Ripple got in trouble with the United States Securities and Exchange Commission (US SEC) which caused bad consequences for the coin and the market in general. The company was dragged into courts of law for breaching consumer-protection laws. Ripple conducted the sale of unregistered digital asset securities worth $1.3 billion in the form of XRP coins. Since the filing of this lawsuit, the price of XRP has been moving south.

According to CoinIdol, a world blockchain news outlet, several major cryptoasset exchanges have delisted XRP in an attempt to avoid risking being heavily fined by the US SEC for trading XRP coins. Some of those exchanges include OSL, B2C2, CrossTower and Beaxy – Bitstamp also halted the selling and buying of XRP.

The coin has plunged by over 45% in the last days of 2020 and is continuing to decline if things don’t change. XRP even touched a low of $0.19467 (from a high of $0.768019). This action by the agency might weaken the trust in cryptocurrency in general. This was a big loss for the entire digital currency industry. 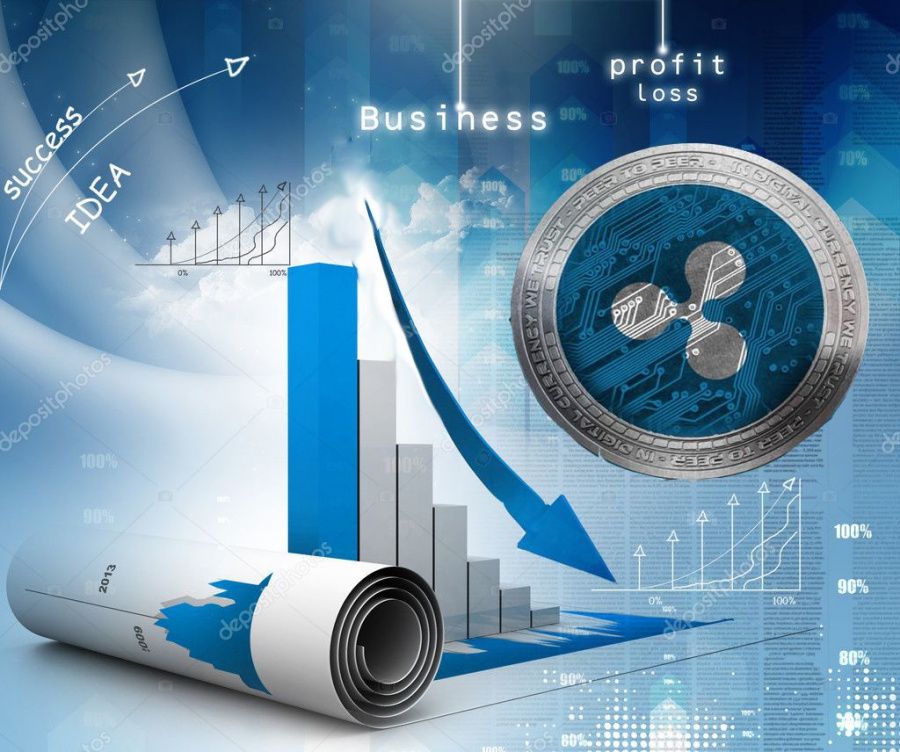 KuCoin, the Singapore-based cryptoasset was hacked and more than $281M stolen by unknown thieves in September this year. The exchange was forced to halt its trading services. However, the exchange revealed it has resumed the deposit and withdrawal services of all coins traded on its platform in November. Some of the tokens such as Ocean Protocol (OCEAN), that were recovered from the remains of the hack were returned to KuCoin wallets.

Currently, in this year alone, DeFi composes almost 21 percent of 2020 cyberattack and theft volume. Crypto money laundering increased - funds from biggest attacks such as that of KuCoin, were illegally stolen and laundered via DeFi. The growth in hacks likely hinged on the contemporary DeFi boom.

A loss of over $50M was registered mainly through bugs, exploits, and hacks. Even though a good number of losses were traced and recovered, users of DeFi services have to be extra wary when using and intermingling with apps.

After a year-long review, the UK’s Financial Conduct Authority (FCA), a financial watchdog, banned the sale, promotion and circulation of particular cryptocurrency-based products for retail consumers and investors. r

The FCA revealed that the unregulated digital currencies are ‘ill-suited’ to retail venture capitalists and consumer for a good number of reasons such as unexpected losses, price volatility, lack of reliable basis for valuation, lack of clear reasons for investment, and less or poor understanding of how cryptocurrency works.

The FCA banned companies operating in the UK from selling, promoting and circulating products that monitor the price of cryptocurrencies. These products include contracts-for-difference (CFDs), futures, exchange-traded notes (ETNs) on cryptoassets, and options. The ban will come into force on Jan 6, 2021. This effort by FCA will make retail investors save up to 53M from the ban.

On the other side, it is a big blow to online trading platforms, such as IG Group, Plus500, CMC Capital Markets, etc., that have been trading cryptocurrencies and these banned products. So far, shares in the three aforementioned platforms have lost 3% following the FCA’s announcement of the ban.

Due to the Covi-19 pandemic, the cryptocurrency community grew considerably. The price of Bitcoin increased by more than 226% and that of Ethereum soared by over 227.7%. But as the community was growing, criminal activities were also growing at a rocket speed. More and more fake and scams activities - including fake ICOs, fake exchanges and suspicious trade groups, were introduced in 2020 that made people fall victims and lose their hard-earned money. BTC always attracts all kinds of intentions especially when there is a bull run in the cryptoasset market. 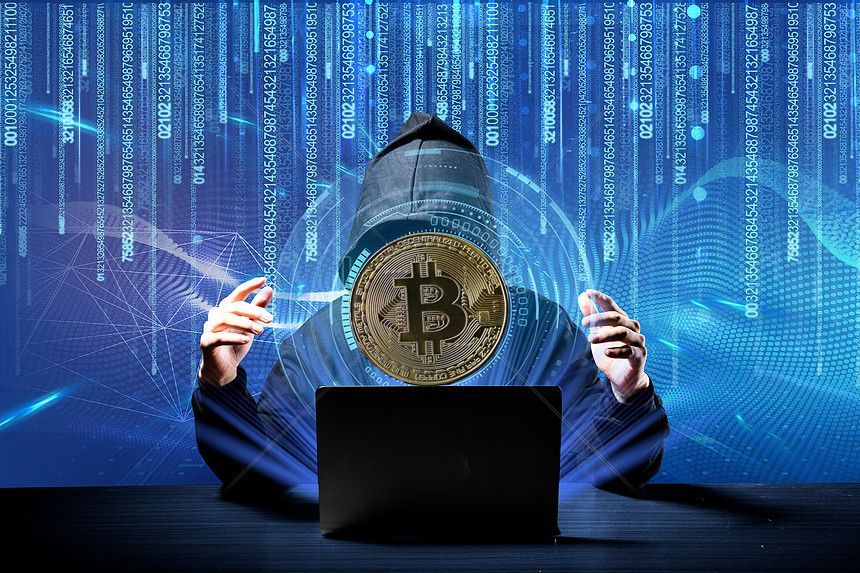 Some of the most prevalent cryptocurrency scams that happened this year include the following: Chain letter; many Ugandans lost more than UGX. 10 Billion (approx. $2,715,100) in digital currency scam managed by Dunamiscoins Resources Limited; social media hacks such as a hack on Twitter that involved many celebs including India’s Prime Minister Modi Narendra; exchanges scams such as BitKRX that attracted customers with fake offers and promises of abnormal profits; fake ICOs such as Big Coin that stole over $6 mln from crypto users; DeFi rug pulls such as Amplyfi.money that collect more than 2500 Ethereum from venture capitals and then vanished into thin air, Burn Vault Finance ($BFV) also did a similar thing; cloud mining schemes – some men identified as Silviu Balaci, Matthew Brent and Jobadiah Sinclair, were put behind bars for 5 years for frauding over $722 mln in digital currencies the a fake scheme called BitClub Network; hardware wallet theft such as Ledger Phishing Scam that was targeting cryptoasset hardware wallet users; fake mining rigs (compromised various accounts on marketplaces including that of Alibaba and began selling their own fake goods); and many others.

In 2020, ransomware attacks were very rampant, especially on big organizations. Some of the common types of ransomware in 2020 included Crypto malware, Lockers, RaaS, Maze, Scareware, Doxware, etc. Additionally, we saw many ransomware attacks that shocked the world and these included Bad Rabbit, Cryptolocker, Petya, TeslaCrypt, etc.

The top ransomware attacks that happened in 2020 include the Cognizant Ransomware Attack that happened in April; the Magellan Health Ransomware Attack that also took place in April – data worth 1.7 million was breached and attackers demanded a ransom to be paid in form cryptocurrency to make them stop the attacks; the US-based Communication and Power industries (CPI) attack that saw one of the giant electronics conglomerates of the defence and comms markets paying a ransom of almost $500k in crypto to unknown ransomware attackers; University of California San Francisco (UCSF) that happened in June that compromised the information of students and this forced the UCSF School of Medicine to pay a ransom of about $1.14 million in form of Bitcoin to attackers; Canon (lost 10GB of data), Carnival Corporation, Baltimore County Public Schools and Advantech were also attacked in the same way – the latter who is a manufacturer of IoT chips paid a ransom of 750 Bitcoin from vendors.