Ripple Is Defending Itself by Defaming Other Cryptocurrencies; Vitalik Buterin Calls on Traders to Dump it 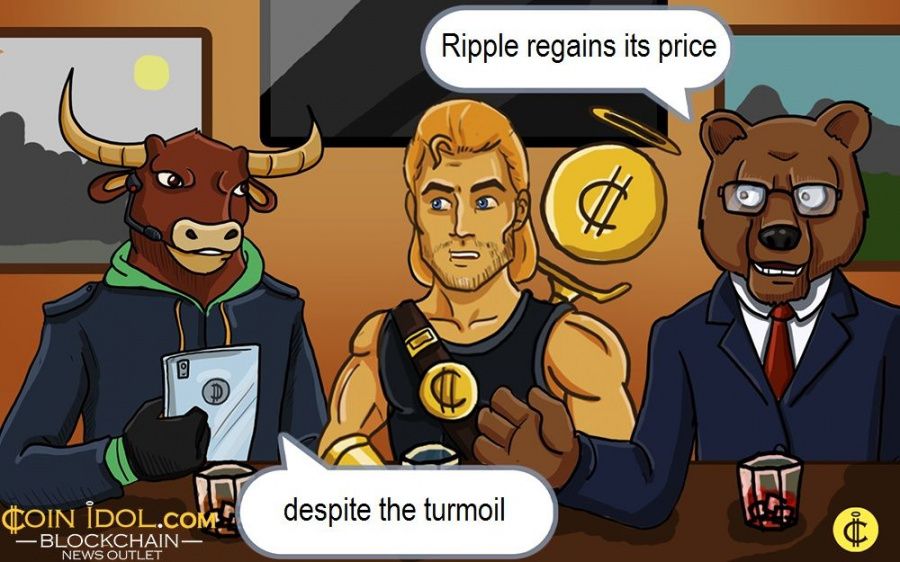 The scuffle between Ripple Labs Inc. and the USA Securities and Exchange Commission (US SEC) is escalating. Cryptocurrency exchanges have begun delisting XRP or paused trading XRP following the US SEC’s court case against Ripple Inc. However, despite this turbulence, Ripple has managed to regain its price level after over 30% drop.

The US SEC filed a court case against Ripple Inc. accusing it of raising about $1.3 bln through the sale of unlicensed digital asset securities, an act that breaches investor-protection laws, according to CoinIdol, a world blockchain news outlet. The watchdog called XRP an investment contract while Ripple claims its coin is a currency just like other popular cryptocurrencies. The company also revealed that its digital currency is an independent coin since it does not rely on Ripple’s deed for its price or the way it functions.

Who really runs BTC and Ether?

In its response, Ripple has indirectly attacked other cryptocurrencies majorly Bitcoin and Ethereum by accusing them of being controlled by the Chinese government. This has annoyed ETH creator Vitalik Buterin and he has come out campaigning against Ripple and XRP at large. Buterin reacted harshly to the extent of calling XRP a “shitcoin.”

Other users have reacted negatively and are accusing Ripple of turning on other digital currencies and trying to paint a bad public image. The public believes Ripple is just trying to position the pro-USA approach and capitalize on anti-China rhetoric.

However, there are other people from the crypto community who think Ripple’s comment on BTC and ETH being superintended by China is correct. For instance, a Redditor called jadeddog believes that since the majority of the hash power (over 51%) is in China, then the two cryptocurrencies are owned by the Chinese government. He/she wrote:

“So BTC and ETH *don't* have 51% of their hash in China? I'm confused, is that not correct? I'm a big-time ETH backer, so this isn't me throwing shade at ETH, but I'm pretty sure that this is true.”

All is not well for Ripple

As the debate is heating up, more than three cryptocurrency exchanges including OSL, CrossTower and Beaxy have paused trading of XRP. Digital currency exchanges fear to be fined by the SEC if it is found that XRP is deemed a security.

The regulator also accuses Ripple of bribing exchanges to allow the trading of XRP cryptocurrency on their respective trading places. Around 10 of these exchanges were even not registered with the US SEC by the time they listed XRP.

It is claimed that the company in question paid these exchanges in XRP to allow the trading of its coin on their online marketplaces. However, Brad Garlinghouse revealed that Ripple is determined to aggressively fight to the end to see that it wins this court case.

What do you think, is the worst yet to come for Ripple or its fresh uptrend will bring it back to previous highs? Let us know in the comments below!