The First Blockchain Platform that Allows to Earn on Scientific Works 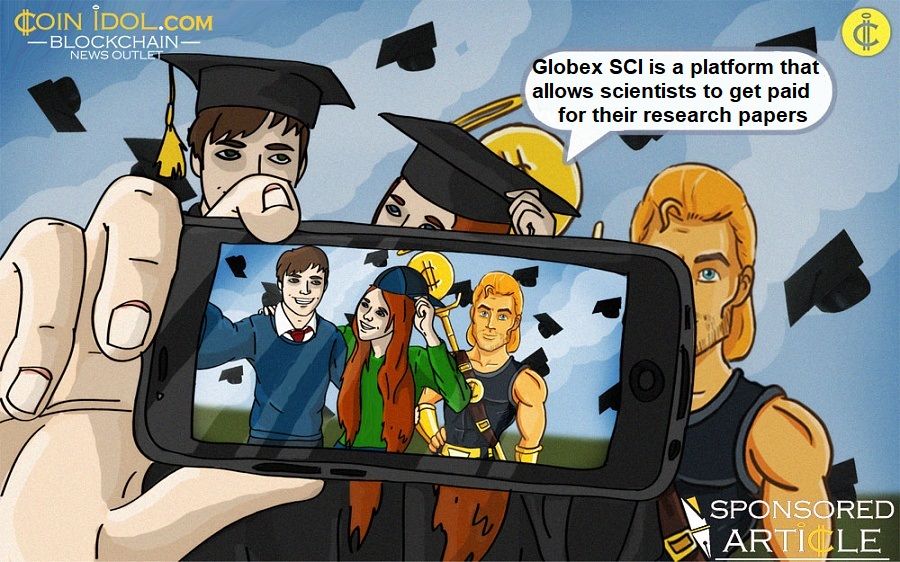 Globex SCI, a platform that allows authors to get paid for their research papers based on readers votes, is now holding an ICO with a 30% discount for an early investors.

According to the Globex SCI whitepaper, around 15 PB of new data are created every day and the growing volumes of social data contribute to the expansion of the number of research tasks. However, the problem of access to scientific knowledge is relevant for the world science as a whole. With increasing intensity of work with data in all areas of human activity, the characteristics of the input-output subsystem and data management become one of the most problematic components of modern informational and computing systems.

Globex SCI project is the world’s first platform that helps to exchange of research papers, scholarly manuscripts, public data, experimental, clinical data and test results and other scientific information among scientists using Blockchain technology. The project aims to create a community in the framework of which scientists from all over the world can support each other.

As the project’s team is consists of scientists in the field of medicine, Blockchain developers, and senior managers, the main focuses of the project are medicine, blockchain and large data researches. This is a first of its kind symbiosis of medical knowledge and benefits of Blockchain technology that can help to make serious steps towards new discoveries. Moreover, the mechanisms of the Globex SCI ecosystem will allow predicting the future success of scientific works.

To start earning on scientific works, authors just have to pay entry fee and then publish their research papers. That’s it. Then authors get paid research papers based on readers’ votes, while keeping their intellectual property rights intact.

Globex SCI project has a groundbreaking potential for scaling up once more and more people are joining the chain.  New GSI token is the key to using the GlobexSci platform and will be used to access the research and development blockchain platform. The crowdsale of the GlobexSci platform’s token will have two stages: Pre-ICO and ICO.

The first stage of the crowdsale, Pre-ICO that has started on December 6, 2017, will last for one month. During the presale investors can get a special 30% discount for tokens.

All funds raised during the Pre-ICO will be used to launch the project, so that at the ICO stage the team would be able to present ready-made developments on the project to the community and investors.

Tags
Platform Blockchain Research ICO Discount Voting Data Token
Most Popular
Sep 14, 2022 at 11:37
Price
Bitcoin Cash Faces Strong Rejection at $138 as It Continues Its Downward Correction
Sep 14, 2022 at 10:30
Price
Weekly Cryptocurrency Market Analysis: Altcoins Continue Their Upward Moves as Buyers Attempt to Sustain Such Rallies
Sep 14, 2022 at 09:29
Price
Cardano Slumps as It Faces Selling Pressure at $0.52
Sep 13, 2022 at 11:30
Price
Ripple Continues Its Sideways Trend and is Under Selling Pressure at $0.36
Sep 13, 2022 at 10:30
Price
Litecoin is Stable but Remains Stuck Under $64 Overhead Resistance
More