Fear and Negative Sentiment in the Cryptocurrency Market has Seen Bitcoin Fall Below $40,000 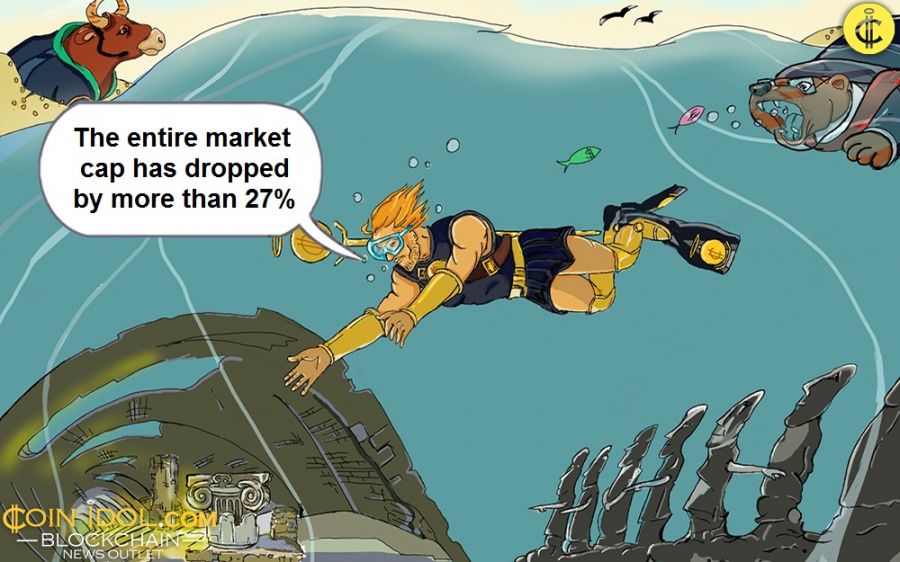 According to the current statistics, the cryptocurrency fear and greed index has dropped to ‘extreme fear’ levels and has never been seen for more than one year ago. This fear and negative sentiment in the cryptocurrency community has led the price of Bitcoin and other popular digital currencies to fall below the $40,000 mark and it is continuing to plummet more further. 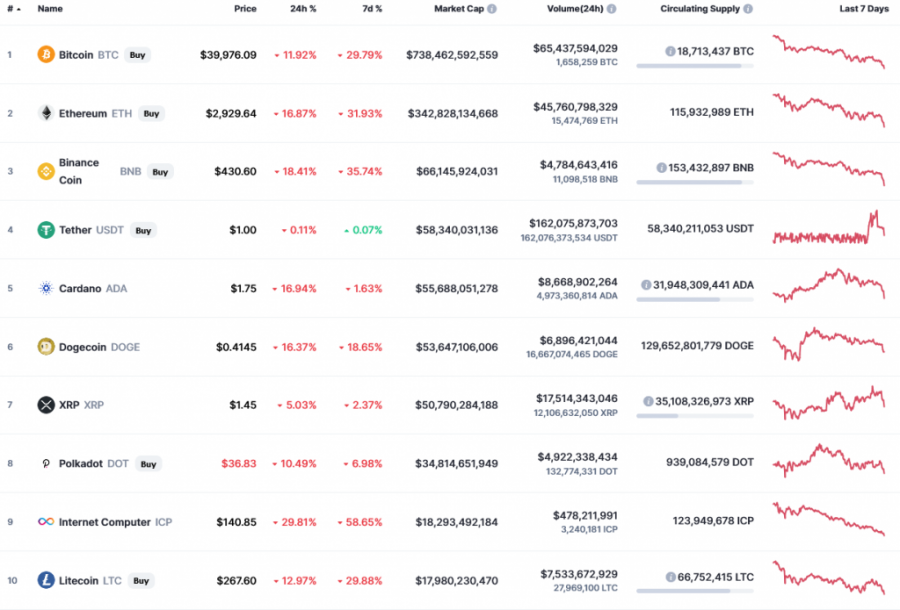 The massive fall in the market sentiment comes a few days when Bitcoin price touched about $43,200 price level down from April’s all-time high (ATH) of $64,863. Since that time Bitcoin has been facing challenges from popular figures including Elon Musk CEO Tesla and SpaceX, Andrew Bailey Governor Bank of England and other financial regulators around the globe.

When Tesla came out to announce that it had stopped accepting Bitcoin payments for its e-cars due to the mining activity of Bitcoin not being environmentally friendly, the price of BTC plummeted from $57,939.36 to $46,980.02.

Musk has continued the discussions about Bitcoin on social media of which some are negative on the coin, and some users have started thinking that Tesla dumped the rest of its BTC holdings. However, the Tesla CEO came out to clarify the speculation and said that Tesla hasn’t sold any of its Bitcoin holdings.

Recently, the Chinese financial regulators came out to warn banks and other financial institutions to stop associating with Bitcoin and any form of cryptocurrency, a thing that added more selling pressure due to fear of what would come next.

Governor Bailey also warned venture capitalists in the UK to avoid being exposed to cryptoasset investments citing that they lack intrinsic value-adding that investors stand more chances of losing all their money and investments in cryptocurrencies. All these happenings and negative sentiments leave cryptocurrencies in fear, and this has put the cryptocurrency in a state of quagmire. 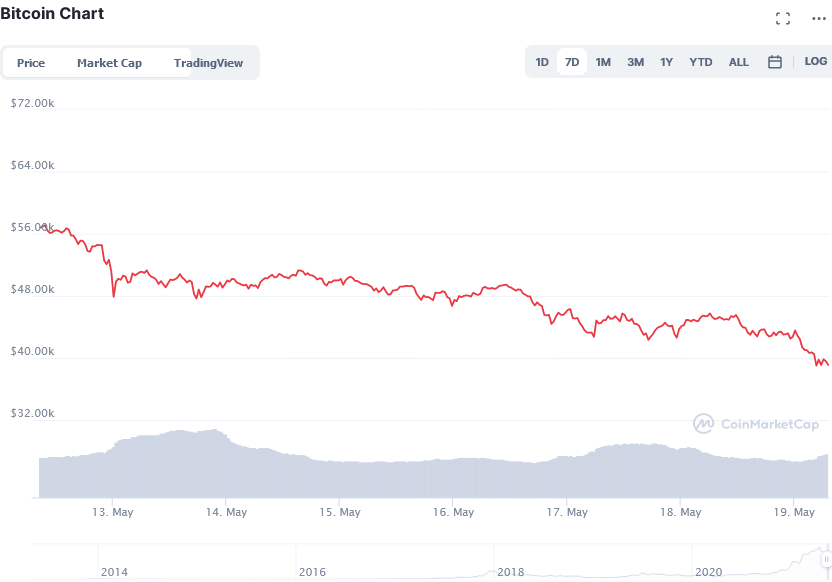 However, according to the industry experts, there is still hope that Bitcoin could recover again. There could be the short-term trajectory before the end of 2021. BTC prices could hit $100k to $325k, and a low of about $17k, this year.