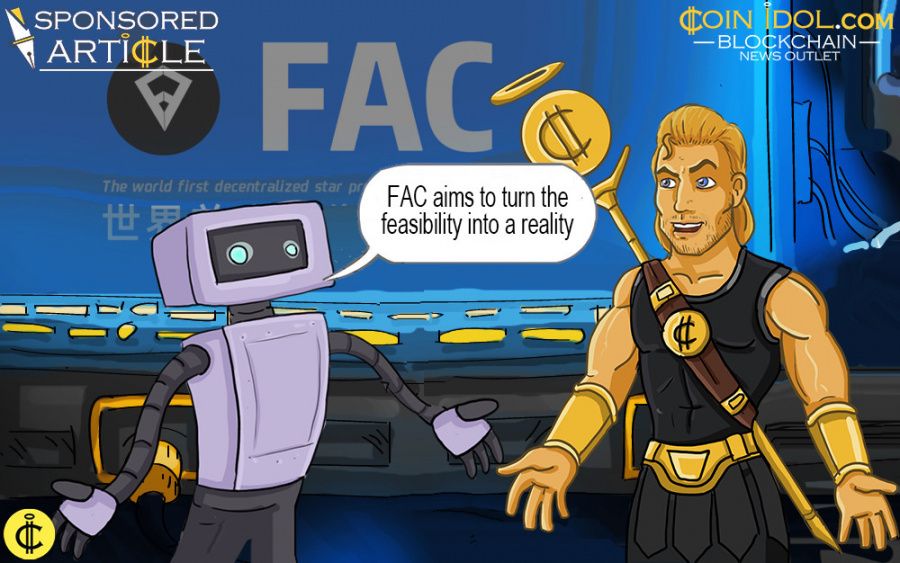 It ensures fairness and transparency of idol-related investment and returns, meeting the requirements of decentralization, security, generation of a revenue stream, auditing, reporting and compliance in the surest and most efficient way.

The entertainment industry's approach of having the general public choose and create reality show idols has been the prevailing model for years. These reality shows have become one of the most talked about topics on social media as a result of public participation shortening the distance between fans and their idols via the voting process. The Four: Battle for Stardom in the US and Europe and Produce 101 in Asia have attracted millions of followers this year and continued to receive billions of views on social media.

Reality show-based concerts, films and TV shows have created a massive market with the potential of generating hundreds of billions of dollars. The entertainment market that these shows have created and the huge fan base that supports it have experienced explosive growth worldwide. Yet, that same industry has been dragged down by several factors, among them a centralized oligopoly, low survival rate for the small and medium-sized agencies that are necessary middlemen to the process, non-transparent revenues and the lack of investment in lesser-known idols. Up to 50-90% of revenues generated from idol IPs are peeled off by channel promoters and middlemen. The second and lower tier idols find it too difficult to develop a following due to the lack of promotion channels. The fan economy is neither transparent nor genuinely public, in addition to being fickle.

The blockchain is a decentralized technology. Decentralized content distribution via the blockchain, reduction in transaction costs between idols and fans and a token-based system will collectively help to resolve the issues hobbling the entertainment industry.

The three components of FAC:

The FAE is the world's first innovative exchange platform for digital rights investment, transactions, pledges and donations in connection with idols. The FAE provides securities-grade advanced algorithms and fully automated asset settlement to support the investment in idols, development of a revenue stream and handling of transactions in a fair and transparent way via a smart contract counter (SCC) and a decentralized service agency (DSA).

The SCC, designed for settlement on the FAE, comes equipped with smart blockchain contracts and smart controllers. The investment in the idols and the income generated via the FAE will be intelligently settled by the SCC via a secure and rapid method that is fully in compliance with all rules and regulations.

Based on the FAE, the DSA allows idols, brokers, production teams, distribution teams and other stakeholders to operate in accordance with FAC rules. The income generation and allotment via the DSA system is public and transparent, bypassing the issues that have hobbled the global entertainment industry, such as deals that are not completely above board, dual contracts and non-transparent income.

All of FAC's well-educated employees in San Francisco, Beijing and Birmingham (UK) are graduates of top universities and colleges in the US and Europe as well as veterans of the entertainment industry. FAC aims to bring transparency and fairness to the whole of the entertainment sector via the blockchain and to help centralized organizations proactively join the blockchain. All the employees at FAC are in agreement with the statement: "The road ahead is still long. We will advance step by step by taking advantage of technologies to continually improve and enhance the world's entertainment sector."

Tags
Decentralization Blockchain Fans Entertainment Income Transparency
Most Popular
Jan 20, 2022 at 10:30
Price
Bitcoin is Vulnerable Below $41,000 Support: Here is why
Jan 20, 2022 at 09:09
Price
Bitcoin Cash Reaches Oversold Region as Buyers Recoup Amidst Bullish Expectation
Jan 19, 2022 at 14:55
News
What Does the Second Phase of Arctic Bearz Include?
Jan 19, 2022 at 13:12
Price
Cardano is in an Impressive Move, Risks Further Decline below $1.40
Jan 19, 2022 at 12:20
Price
Weekly Cryptocurrency Market Analysis: Altcoins Decline as Bears Continue to Pull Prices below the Support Levels
More