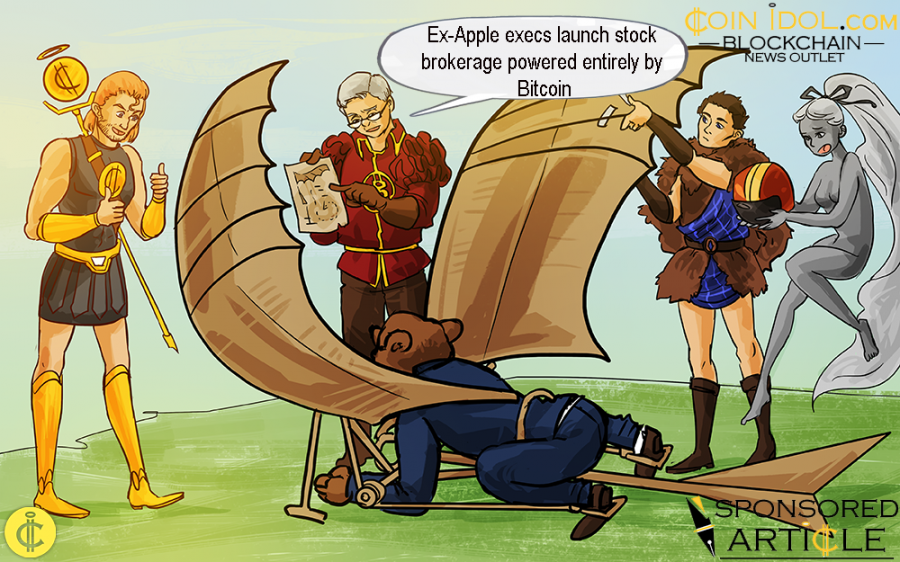 Amatsu Soyonobu was working at Apple in Cupertino, California in a software management role when he started dabbling with bitcoin in 2012.

“I first heard about it at our annual potluck,” Mr Soyonobu says. “I went home that night, did my research, and bought my first bitcoin.”

Since then, the price of the currency has risen more than one thousand fold, but adoption remains low. Frustrated by the lack of real world use cases for the currency, Mr. Soyonobu decided to leave his Silicon Valley job in 2017 and, with the help of co-worker Tagawa Hayashida, set out to create WCX, a service to let regular people access global markets using bitcoin.

Now based in Switzerland, WCX allows users to go long or short on markets including foreign currencies like the Euro, stocks like AAPL, commodities like Oil, cryptos, and more using just BTC as collateral – no fiat required. Clients can hence benefit from opportunities in both rising and falling markets, with all profits and losses calculated and paid in bitcoin.

The service launched to the public in October and has since amassed over 130,000 traders, recently surpassing $1 billion in traded volume.

“Our goal is to allow anyone to access and trade the financial markets,” Mr. Soyonobu says. “Bitcoin makes that possible.”

As compared to traditional brokers, the fact that WCX accepts only bitcoin means that it can operate at significantly lower costs, which translates to lower fees for its traders.

“To us, bitcoin is a competitive advantage. We don’t have to deal with banks, fiat, or outdated payment processors. No slow money,” Mr. Soyonobu continues. “Bitcoin means almost instant deposits and withdrawals, low trading costs, and worldwide market access. It makes everything so much faster and easier for our users.”

From a security perspective, the company states that the vast majority of funds are stored in offline wallet vaults, while hot wallet funds are insured. WCX complies with Swiss and international KYC/AML laws, which means it is obliged to collect information about customers before they begin trading, like a regulated exchange. This also means that traders from certain countries such as the U.S. are barred from trading on the platform.

“WCX combines the speed of a crypto exchange with the diverse range of markets offered by a stock brokerage,” Mr Soyonobu says.

The platform charges 0% fees on deposits, withdrawals, and trades thanks to the cost savings made possible by accepting only BTC while shunning the fiat option.

Mr. Soyonobu concluded: “We don’t touch dollars, euros, or banks because we think these things belong to the past. The efficiencies gained by using bitcoin are incredible, and I think we’re just getting started.”

Tags
Bitcoin Stock Brokerage Apple California Software Management Trading Fiat
Most Popular
May 20, 2022 at 11:30
Price
Ethereum Is in a Confined Range as Bulls and Bears Reach Equilibrium
May 20, 2022 at 10:38
Price
Ripple Consolidates above $0.38 as Buyers Emerge in the Oversold Region
May 19, 2022 at 15:30
Price
TerraUSD Falls Significantly as Bears Gain More Grounds
May 19, 2022 at 13:00
PR
A Review of Olympus4x.com Broker
May 19, 2022 at 12:20
News
How Gaming and Online Casino Promote the Use and Popularity of Cryptocurrency
More