Ethereum is in the Midst of Gas Crisis, Solutions to Overcome this Problem 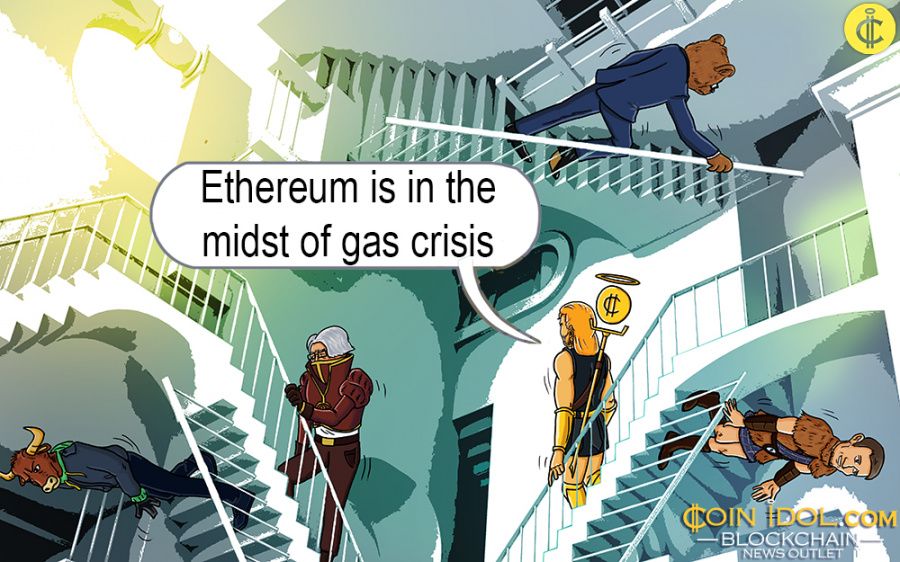 Taylor Monahan, Chief Executive Office MyCrypto said that Ethereum is in the midst of a gas crisis, and the users were reminded of best practices setting transaction fees when using the globe's second-biggest blockchain.

The CEO said these great words of concern because the conditions on the network are changing and there is a big possibility that clients of the startup's wallet software are paying too much for transactions.

On Monday, users of Ethereum spent a total of 5,862 ether or $2.7 million, to send transactions, which was an all-time high according to the records that are available from the network data. It is believed that FCoin, a China-based crypto exchange is congesting the blockchain with a contentious business model.

"It's good to remember what gas actually is, how it works, and why it's necessary... and why this situation is unnecessary," Monahan tweeted.

The price of gas changes according to change in demand and the demand is appearing to be increasing to levels that haven't been seen before. The month of December had a famous digital cat breeding game called CryptoKitties that overwhelmed the network and at that time, the cumulative gas expenses were by far less than half of this week's new heights.

Since then, the condition has corrected transaction fees, although still up, have settled comparative to Monday's peaks, and this has forced developers to continue discovering various ways of ensuring that fickle is a bit enhanced.

"The problem is what is causing these fees to go up and how that affects to the usability of the blockchain in a broader sense," Monahan said. "The fees are very high due to a few events over the past few days that have increased demand and a few parties who have external factors that make paying exorbitant transaction fees worthwhile."

FCoin has gathered much attention because of its novel revenue model that involves the exchange offering free tokens to all users that trade on the platform, making the model very popular since it led the crypto exchange to 24 trading highs of total sum $5.6 billion in June, a figure that immensely exceeded the leading crypto exchanges on CoinMarketCap combined.

Apparently, FCoin is running a day to day competition and users participate in voting for a token listing by depositing that token again and again on the exchange. This led token developers to take out airdrops to a handful of accounts, causing hundreds of thousands of crypto transactions, a thing that, in the Ethereum community, was not properly received.

"$240,000 burned in gas so far," Roy Huang, founder of Fresco tweeted on Monday, "If you want this madness, you are in blockchain for the wrong reason."

Some of the Basic Proposals

Griff Green has published a proposal based on Alexey Akhunov's research, in which ETH highly adopts a technique motivated by bitcoin, known as "child pays the parent" great strategy.

Vitalik Buterin, the founder of ethereum, has also published a proposal, which breaks down gas pricing algorithm into simpler ones, making it very easier to anticipate what exactly the right gas price should be.

"It definitely attacks the heart of the problem, but I would be surprised to see this implemented before the end of 2018," Green said. "It effectively adds a feedback loop that can help everyone prioritise transactions effectively."

However, Monahan emphasised that the public should try taking part in various discussions,  give responses on the tools they are using, and be an active population in this future, adding that the best world to live in is one where the people are all working together.