Ethereum ICO: Why You Don’t Want to Miss out on the iDice Crowdsale 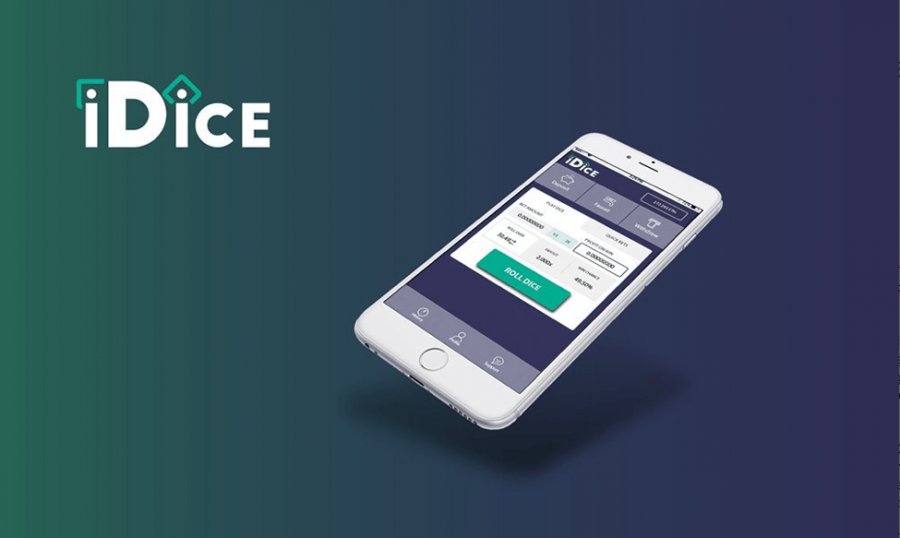 16 June 2017, Los Angeles, CA – iDice, the  Ethereum based mobile blockchain gambling application is currently holding a crowdsale, offering an exciting 30% token bonus to all investors for a short period of time. With only a handful of blockchain-based gambling apps in the market, iDice is the only one among them to be supported by both Android and iOS devices. The ICO that kicked off on June 12, 2017, has a total of 5 million tokens available for investors to purchase on or before June 26, 2017.

The  iDice crowdsale follows the company’s hugely successful beta release that showcased the world’s first blockchain-based gambling application for smartphones. Following the already established benchmark by SatoshiDICE that was launched in 2013, iDice intends to surpass it very soon.

Since its inception SatoshiDICE has been very successful, generating a record-breaking 126,315 BTC (over $300 million in today’s value). In the process, it also established dice betting as one of the most prominent game offerings in the blockchain gambling industry. With its initiative, iDice expects to meet the demand for premium mobile blockchain dice games.

The beta version of the iDice game has been around for about two months now. Since its launch, the game has generated a user profit of 760 ETH (about $310,000) without implementing a massive marketing campaign like the ones used by some of the biggest betting platforms. Instead, the team has directed its entire focus on making the dice game operate flawlessly on mobile devices.

In the past Bitcoin has dominated blockchain betting platforms but with the recent rise of ETH, more ICO’s and betting platforms are adopting the Ether token, for the benefit of their userbase. iDice believes that ETH will begin to dominate the space as the technology evolves and it wishes to be at the forefront of the change in the industry. Ethereum also offers increased security through smart contracts, lower fees, and faster transactions. All these benefits represent just some of the reasons for iDice to choose ETH has the main cryptocurrency for its ongoing crowdsale. The ICO will not only help the platform raise funds but also presents an opportunity to share a portion of the profits with dedicated investors and avid users.

There are many web-based betting applications designed for use on desktop computers, leaving the market for mobile platforms virtually unattended. iDice aims to dominate the comparatively underachieving mobile blockchain gambling market. Players previously troubled by “desktop-only view” versions of other betting platforms can now enjoy a dedicated betting app that is tailor-made to suit all iOS and Android devices.

Research conducted by the platform has revealed that a majority of internet traffic comes from mobile users, with around 68% of searches originating from handheld devices. The current app market is huge, with many popular apps springing up overnight. Also, the individual user patterns suggest that people use their smartphones more than any other platform.

The CEO and Founder of iDice Jordan Wong believes that going mobile is the key to the company’s success. Wong said,

“We’re doing something different, the iDice mobile app’s selling point is in its unique approach, which puts their brand up a notch towards dominating the gambling industry. The much-anticipated release of the iDice mobile app will grant the company a monopoly over the huge mobile gambling market.”

The tokens available for purchase during the iDice Crowdsale is built upon standard ERC20 Smart Contract technology. It is coded to automatically distribute total iDice profit shares to token holders, much like how a preferred share pays dividends. In addition, the ERC20 token offers transparency and provides a secure environment for players.

The two-week long iDice crowdsale started on June 12, 2017, and will finish on June 26, 2017. The ICO makes 5 million tokens, as part of the initial cap to the investors. Those investing in the platform until 00:00 hours on Sunday, June 18, 2017, stand to receive a 30% bonus. Investors can participate in the crowdsale by visiting the  platform’s website.

iDice is the source of this content. This press release is for informational purposes only and should not be viewed as an endorsement by CoinIdol. We take no responsibility and give no guarantees, warranties or representations, implied or otherwise, for the content or accuracy.  Readers should do their own research before investing funds in any company.