Ethereum’s Creator Destroys the Conspiracy Theory Around the Rothschilds 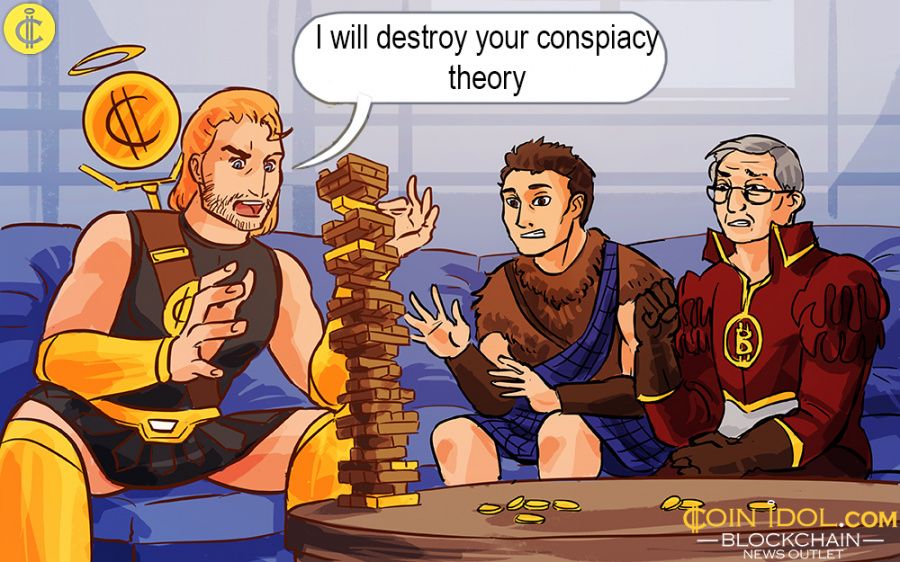 Vitalik Buterin, the inventor of the world’s second-largest digital currency Ethereum, started the discussion of the Rothschild family on his Twitter page. He was curious whether the super-rich family has actually been influencing the history of the world and manipulating the financial market. 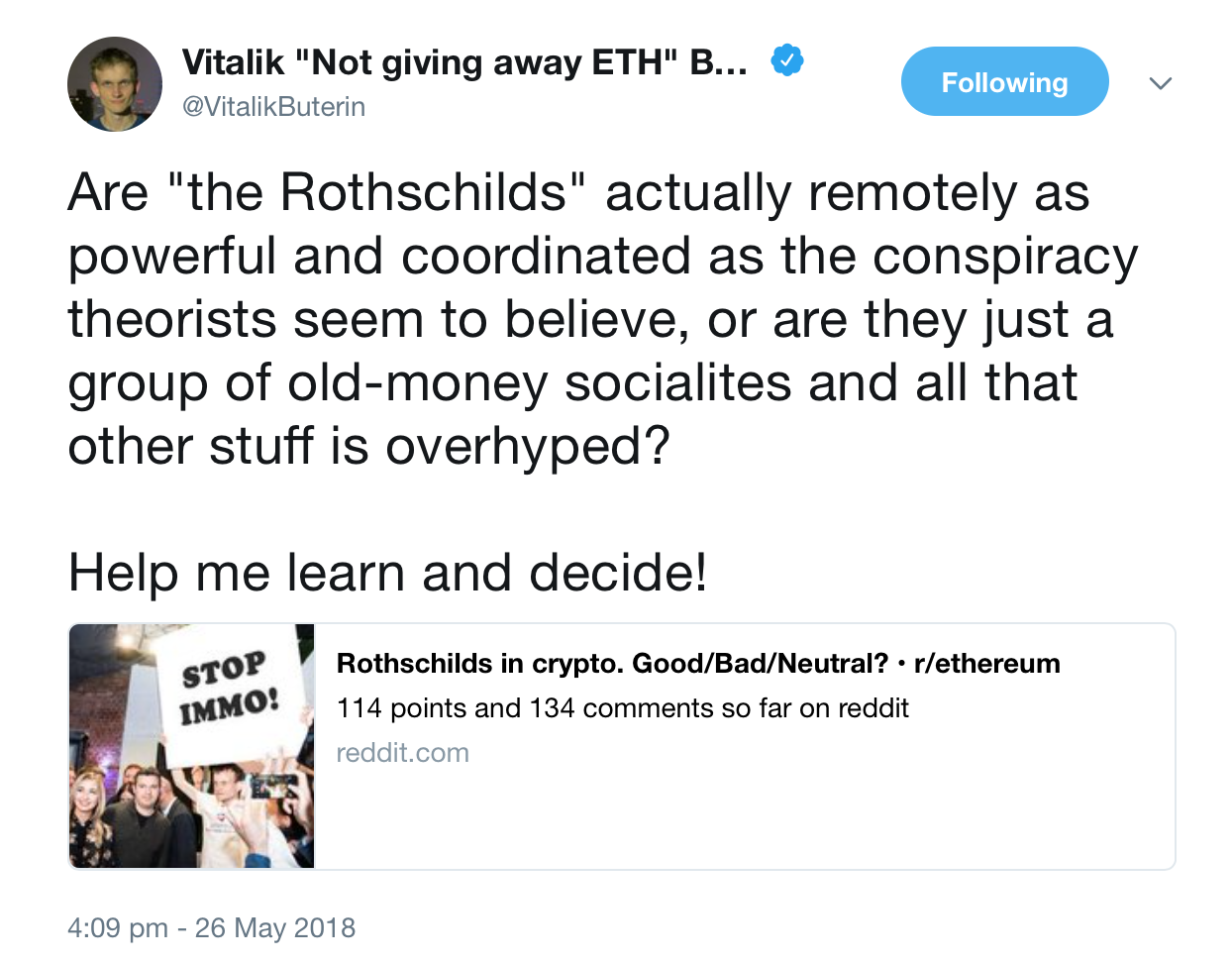 Having discovered that the Rothschilds may get into the crypto market area, a young cryptocurrency genius and financial technology expert asked his followers on Twitter for their opinions on the matter of the mysterious conspiracy theory covering the Rothschilds. He was interested whether the unbelievable wealthy family has so much power that they actually could control the world or whether they are ‘just a group of old-money socialites’.

He received hundreds of responses both on Twitter and Reddit social network platforms, including one from the British economic commentator Frances Coppola. She expressed her belief that theories about this family are often inspired by prejudice. Eventually, Buterin made a conclusion that the Rothschilds seem to be only ‘a few hundred or thousand people born into various old-money-type high society positions’.

There are many different rumors about the Rothschilds, including ones that claim the family to be a secret group the Illuminati or New World Order, aspiring to control world’s events. They were also accused of funding both sides of each war in Europe and playing an important role in World War II. Nevertheless, all these assumptions have been rejected and destroyed.

Moreover, the Rothschild family was claimed to own 80% of all the wealth existing in the world, that means their total income is nearly $500 trillion. However, the whole world’s economy is worth around $280 trillion, almost twice less.

The Rothschilds have undoubtedly been a very powerful dynasty but their mighty seems to weaken with years. Although, it can’t be left unnoticed that French President Emmanuel Macron once was an employee at the Rothschild investment bank.