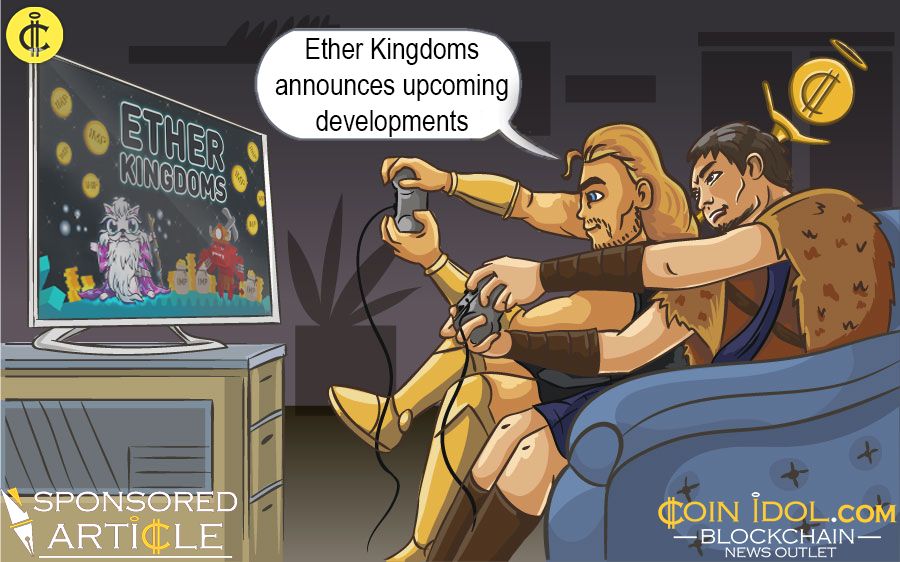 The world’s first free-to-play cryptocurrency game with Proof-of-Stake mining, Ether Kingdoms, has announced the successful completion of its beta testing as it positions itself as the premiere collectible gaming experience on the blockchain. The platform has now added over 25 artifacts to its game contents, support for 120+ levels, ability to buy artifact loot boxes, exciting quest chains, and integrated support CryptoKitties ERC721 tokens.

Earning in the Kingdoms

As a cryptocurrency game platform, Ether Kingdoms is powered by a novel Proof-of-Stake(PoS) mining protocol, ensuring that all players and gameplay can be rewarded through its PoS token called IMP. IMP tokens have a dual purpose in the game, acting as key characters that also earn real money for their owners.

As tokens, IMPs can be traded on both Mercatox and Forkdelta with the developers working to expand listing options. IMP tokens can also sent to mine, enabling users to earn up to 1% daily mining reward. Mining in Ether Kingdoms is akin to running a masternode, giving players a steady stream of income. However, there is a limit, the maximum number of IMPs a player can send is 10,000.

Crypto exchange and mining are not the only income pipeline available to players. Players can also engage other players’ IMPs in battle and earn rewards for winning. To enter this mode, players simply locate the IMP they want to take on and click “Fight”. Once the challenge is accepted, the IMPS enter automatic battle mode. Players will be able to equip their IMPs with artifacts to increase their chances of winning.

Ether Kingdoms artifacts are ERC721 tokens, constituting the collectible basis of the universe. Artifacts can be won by players in lootbox for every successfully completed quest - usually  the lootbox contains certain amounts of IMP. They can also be traded or exchanged on special platforms such as OpenSea, and also used to participate in the platform’s weekly leaderboard challenge. What’s more, players will also be able to use Cryptokitties tokens as in-game pets with game bonuses.

With the game out of beta testing, the development team is now channeling all the feedback it received into informing feature implementation. Gamers are set to benefit from the following upcoming features in fall/winter: 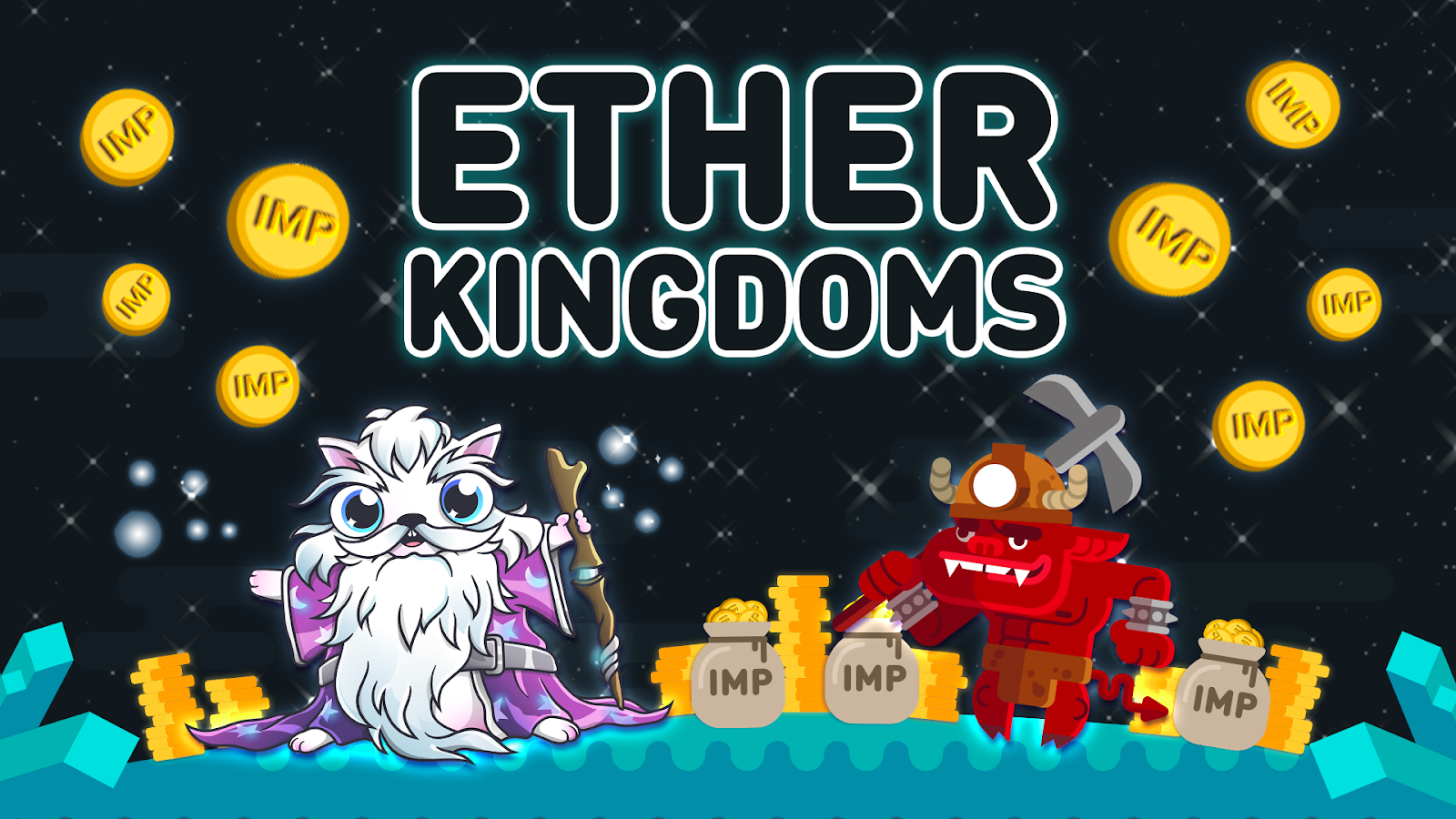 No ICO, No Problem

Ether Kingdoms is leveraging the blockchain to create an enterprising economic model based on IMPs. This token structure removes the need to raise funds through an ICO or similar token sale event. The platform already has distribution plans for its 13 million tokens to be generated throughout the game’s existence, with token distribution allocated as follow:

Already, Ether Kingdoms has successfully concluded the first round of airdrop distribution and is now gearing up for the second round. The second round, launched on August 24th, will distribute up to 220 IMP tokens per person from a  pool 350 000 IMP and is set to be released as a quest chain.

Anyone can join in Ether Kingdoms game today without having to buy IMP just by simply joining the growing community on   Telegram or Discord channels, and completing simple quest. Every participant will be awarded 10 IMPs on successful completion of the quest. They can acquire more IMPs by either mining, purchasing from exchanges, or participating in the free airdrop event.