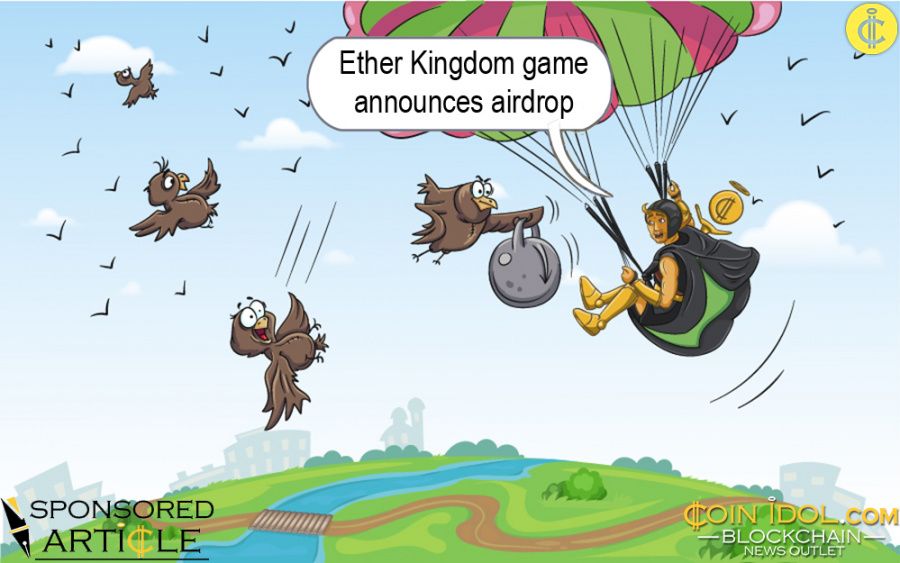 Let’s forget about cryptocurrency for a minute and just talk about games. It’s a fact that the mobile segment of the gaming industry is growing quite rapidly – just in 2017 profits collected from mobile games grew by more than 23% compared to 2016. With that said, it’s worth mentioning that around 75% of that number was contributed by free-to-play games.

Free-to-play has been proven to be the most profitable gaming model. These games are free, but players can purchase premium currency or hard currency – such as gems, gold coins, crystals, or even donuts – inside the game.

There are many examples of successful free-to-play games, such as Clash of Clans, Candy Crush, Clash Royale, Mobile Strike, Game of War and others. Why are we talking about this specific segment of the mobile game industry? Because we believe that free-to-play games are the perfect environment for tokenization – just switch hard currency for tokens and you will get an ideal combination.

Imagine that the game’s hard currency is cryptocurrency that is released on a limited basis and can be used inside the game. The more popular the game, the higher the price of the cryptocurrency. For the player, getting a prize within the game in the form of cryptocurrency is a real possibility to make money without being a professional cyber-gamer.

Imps or Ether Kingdoms is the first free-to-play crypto-game with its own POS token. Its main distinction from the many clones of CryptoKitties is the in-game ERC20 token that can be traded on any cryptocurrency exchange. Additionally, the game lets you make money much like with any other POS coin – you can mine the IMP token in the mines. In order to get higher prizes, the player needs to participate in battles. The maximum proof of stake reward is 1% per day.

What are some other distinctions of the game? IMPs.me is the first free-to-play blockchain game with a unique token distribution method. Players don’t have to buy tokens, they can get them for free just by joining the project’s Telegram chat and participating in their first battle.

Currently, there is a limit to how many players can access Ether Kingdoms beta version. However, the second airdrop is planned for July and those who did not get a chance to get free tokens in the first airdrop, will have a chance to do so in the second. If you want everything right away (like the 365% per year POS reward), you will need to purchase tokens from an exchange. Unfortunately, currently it’s not as simple as tapping the AppStore tab, but users can already purchase the IMP tokens on ForkDelta at https://forkdelta.github.io/#!/trade/0x48ff53777f747cfb694101222a944de070c15d36-ETH. In their roadmap, the developers promise to get the tokens listed on as many exchanges as possible in the near future.

The gameplay is as simple as that:

2.         Battle other players for tokens to improve the mining rate.

The game-field is a set of hex maps with two key game objects – the castle and mine. In Ether Kingdoms MVP the castle is just a decoration; however, in the upcoming updates the project team is planning to give it an important functional meaning. Mines are there for the players to mine the IMP token. Each token represents one imp – your Kingdom’s main warrior and worker.

Imps are very useful! You can send them to the mine and they’ll get you more IMP tokens. As long as your imps are hard at work, you have constant token profit.

In addition to mining, you can send your imps to battles against other players. Tap the Fight tab, specify the number of imps you want to send, and wait for an opponent that will step up to the challenge. In the MVP version of the game, the fight goes on without your participation. When the battle is over, the loser loses a part of their imps, while the winner accepts those imps into their ranks (with an exception of the game’s commission, which is 10% for each player). The opponents have equal – 50/50 – chances of winning. The developers also announced, that upcoming updates will give the player the possibility to control the game, which means the outcome will depend on the player’s strategy and skills.

According to the project team calculations, if players mine IMP actively, all 13 million tokens will be in circulation by September of 2019. By this time, the developers are planning to release a mechanism to burn the tokens to minimize the supply and raise the token price.

Tags
Cryptocurrency Game Ethereum Mobile Industry Profit Token Million
Most Popular
Apr 12, 2021 at 13:04
News
Ripple Is a Step Away From Outperforming Binance Coin by Market Cap
Apr 12, 2021 at 12:11
News
Ethereum Slumps Below $2,150, Unable To Sustain Above $2,200 Resistance Level
Apr 12, 2021 at 10:38
News
Bitcoin Breaks above $60,000 Support, Struggles to Resume Upside Momentum
Apr 12, 2021 at 08:15
PR
MyCryptoParadise Opens the Door to Trading Like a Professional With the Best Crypto Signals Being Offered Today
Apr 11, 2021 at 11:11
News
Female President of Tanzania Expected to Mitigate the Climate for Cryptocurrency in the Country
More