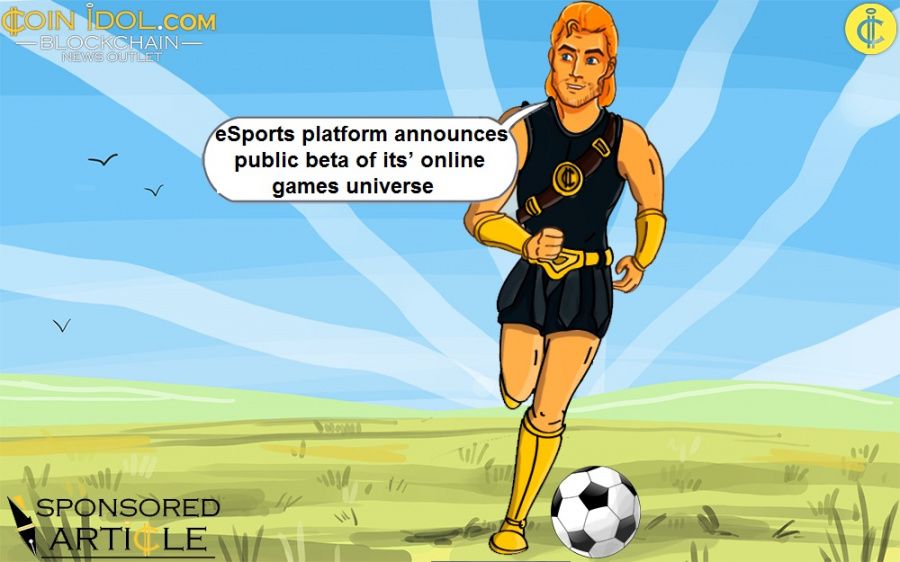 Online video games and their popularity are progressing at a rapid pace. More and more of the internet community, particularly millenials and other younger age groups identify themselves with an eSports team particularly in Dota 2, League of legends and Call of Duty rather than conventional physical sports team like football, Rugby, Baseball, cricket, etc.

It is also expected that the future holds great promises for eSports as we continue to push the boundaries of gaming further and further with VR, AR and other futuristic technologies being developed right now. Since blockchain is the future of technology and the world is relying on it to the lead the way for other industries, various e-gaming startups have been started these past couple of years.

Some are still a work in progress but eSports, a new decentralized gaming platform has recently announced the launch of its public beta for its forthcoming release of the new platform.

The platform will see a multi-dimensional set of services being offered to the gaming community where they can follow their favorite teams, view online, bet and engage in a community relationship for the betterment of the genre. The beta release was announced following a successful fundraising campaign through its Token Generation Event (TGE).

Rather than sitting on the amount raised and biding their time, the platform has instead become the first to launch its’ beta. Anyone can download the beta and use it and report any issues that they might find.

There are plenty of unique features being offered by the new startup. They include an online eSports shop where users can buy gaming merchandise from one of the top playing teams in the world, as well as gaming products available in the world and much more through official licensed vendors.

There is also an eSports betting area where people can place bets on the team they are hoping will win in eSports competitions around the world. There are plenty of these events taking place worldwide involving different e-games so it is just like betting on physical sports teams. It is believed that the gaming betting will eventually overtake the mainstream sports betting in the future. That is why even those platforms are willing to invest in this new sector.

There is also the unique concept of an eSports university being created just for this sector. The learning portal offers videos, tutorials from gaming experts around the world and free gaming education as well. It is a move to increase the contact for noobs as they call them and lure them into this shiny new world.

The rapid development of the beta was made possible due to a successful Token Generation event in early 2017. The token is called the ERT token and the cryptocurrency exchange Coinexchange.io has now officially listed the ERT token with several other exchanges soon to follow. The platform is also looking for new partnerships with other companies to boost their image as the best e-gaming platform in the business.