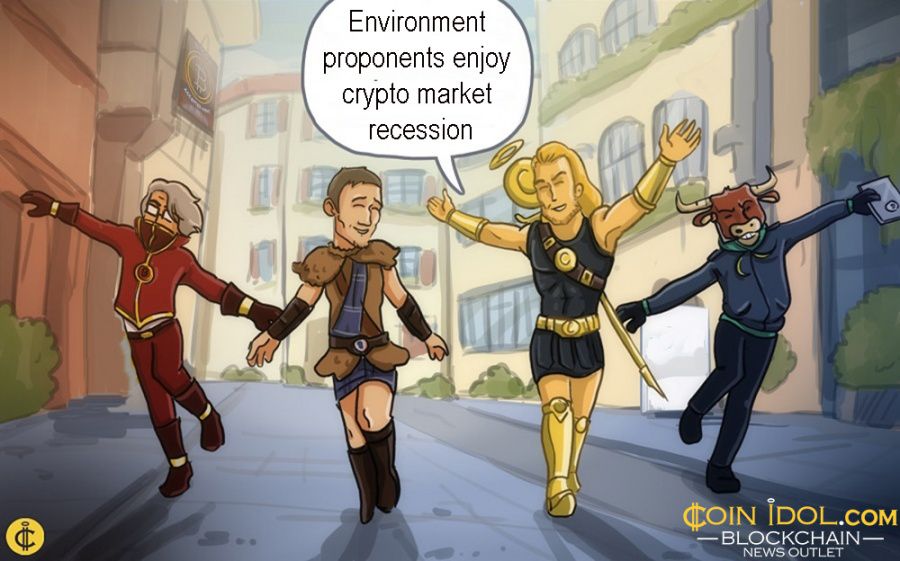 News of Bitcoin’s decline turned out to be positive for one particular group of people. Anti-crypto activists, who promote conservation of healthy environmental conditions, are glad to know that Bitcoin is becoming worthless and will soon disappear.

“Bitcoin is a colossal waste of energy [and] will soon be no more,” writer Ilana Strauss noted at TreeHugger. “Good riddance…We’ve known bitcoin was dropping for a while, but the nails are really going in the coffin now.”

Strauss emphasised that she has never liked the virtual coin, as it needs to apply too much energy to mine a bitcoin. Then she commented, that last year bitcoin mining consumed more energy than 159 countries.

Another opponent of the fintech is Jon Truby, who says that such a large amount of electricity used for mining digital currency can further sharpen the greenhouse problem and raise the level of environmental pollution. However, some people argue that all the fuss around the enormous negative effect of crypto mining is heavily exaggerated.

“Bitcoin is here to stay, and so, future models must be designed without reliance on energy consumption so disproportionate on their economic or social benefits,” Truby commented.

Even though Jon Truby doesn’t approve the consequences of the cryptocurrency production, he admitted the importance of the blockchain technology. Besides, unlike other anti-crypto environmentalists, he pointed out that bitcoin will not collapse, so the only concern left is to determine a way of adapting the tech with proper limits of energy consumption.

There is no need to worry about the possible crash of bitcoin, as people still have a keen interest in developing this field. For example, Coinmint, a large crypto mining firm, has revealed its plans to invest in the foundation of the largest bitcoin mining center in the world. It is going to be located in Massena, New York. The company has already invested $50 million out of $700 million it previously agreed.