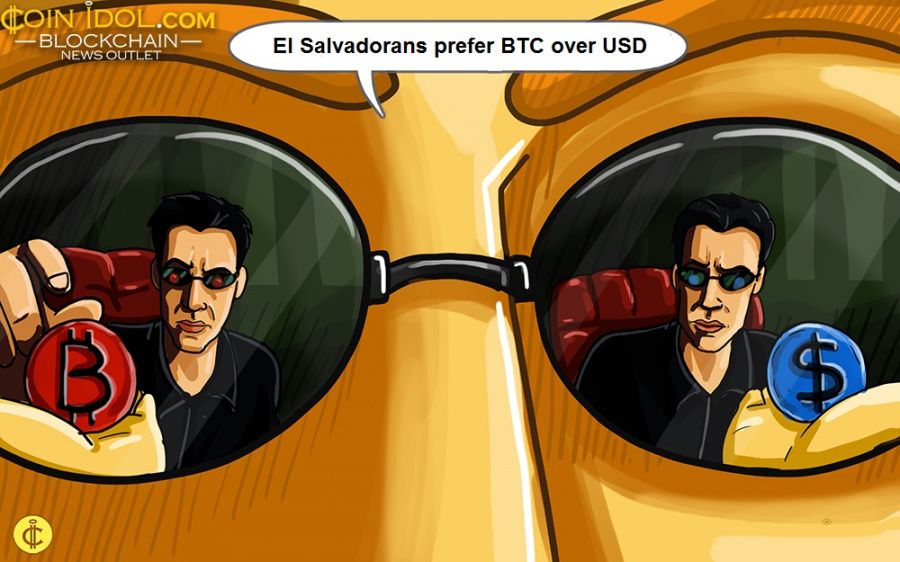 El Salvadorans seem to confirm that Bitcoin is the best solution for remittances between countries. According to President Nayib Bukele, the national Chivo wallet registered over $3 million worth of transactions in Bitcoins, most of which were sent from abroad.

Cryptocurrency as an alternative for cross-border transactions has been considered by many high-poverty countries where citizens need to work abroad to support their families. In 2020, citizens of the Philippines even invented a whole new word "rebittance" for bitcoin remittances, according to the report by CoinIdol, a world blockchain news outlet.

African and South American countries with a high percentage of migrant workers are also seeing an increase in transactions using digital currencies. They are fast and cheap. They also do not require a bank as an intermediary, which is helpful for those who do not have access to banking services. This is probably the main reason why cryptocurrencies are so popular in countries with a high proportion of unbanked people.

El Salvadorans prefer Bitcoin to the US dollar

Now El Salvador is showing the way to Bitcoin adoption. On September 7, Nayib Bukele made BTC the country's second national currency alongside the USD. Despite criticism from global financial institutions and some internal problems, more and more citizens are inclined to switch to BTC, preferring it to the USD. At least that's what Bukele boasts about on his Twitter account.

1. People are inserting way more USD (to buy #BTC) than what they are withdrawing from the Chivo ATMs (any media outlet can independently confirm this by visiting the ATMs).

To encourage the use of Bitcoin, the government initially set up over 200 BTMs across the country and launched the national Chivo wallet. Some citizens were so opposed to this move that they burned down one of the BTMs in the country's capital. Moreover, the Chivo users were facing a lot of difficulties.

However, about 1.5 months after its official launch, Bitcoin seems to be going mainstream. Although some users still have difficulties with the Chivo wallet, the most serious problems have been fixed, and more and more people are joining the local crypto community.

To go even further, Bukele's administration has been actively working to establish bitcoin mining in El Salvador. To offset the high energy consumption of the process, the government wants to convert it to green energy. Currently, solar, wing, tidal, and even geothermal energy are being used to support mining. In early October, El Salvador commissioned a large mining facility based on a volcano.

So while large countries like China are looking to eliminate the cryptocurrency industry within their borders, El Salvador is showing its immense potential and the way to harness it. It seems that other governments can learn a lot from Nayib Bukele and his innovative approach.