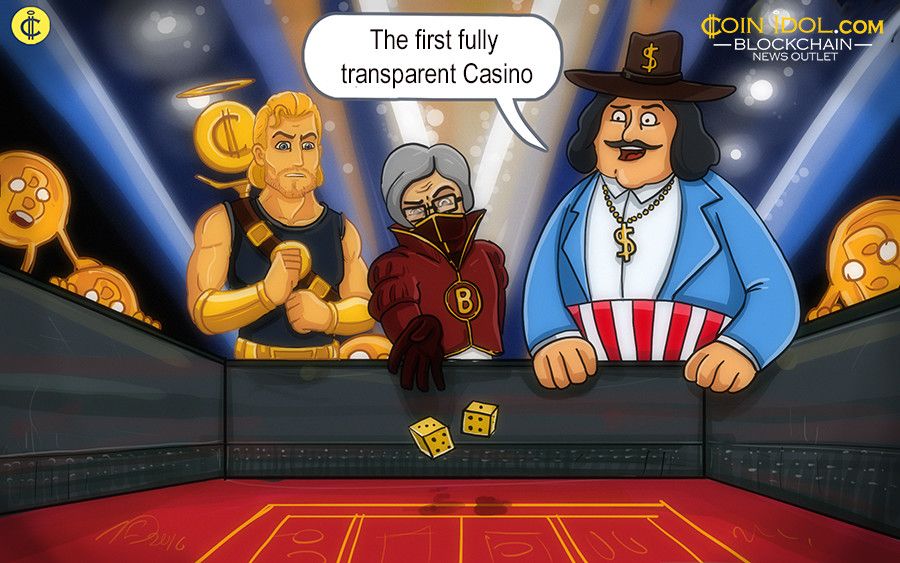 Edgeless.io launches its ICO this week with the goal to be the first provably fair casino featuring a 0% house edge.

At the moment players have to trust that online casinos are giving them a fair game but it is too easy for them to rig games behind the scenes for profit. Players often have the odds stacked against them, as gambling blogger The Wizard of Odds has shown. With over 50 online casinos blacklisted for unethical practices, trust in the industry is at a low.

Now Edgeless.io is tackling the problem with its blockchain-based casino that will allow players to verify games at every stage of play. Edgeless are combining this with a unique 0% house edge in the hope of building trust back into the system.

Edgeless plans to launch with skill and luck games such as Black Jack and Lunar Poker. Typically these have been games of unequal chance with a house edge between 1% - 15%, depending on the casino. Edgeless.io takes a fresh look at this revenue model. Whilst its 0% edge greatly increase players chances of winning, it is always counterbalanced by player error that creates a natural edge of 0.83% from players imperfect strategy. This gives Edgeless the ability to generate revenue consistently.

‘We want people to have a good time in Edgeless casino so it was important for us to address this problem of trust. We want to create a place where gamblers can be confident that game play is fair and transparent and of course that the odds are the best offered.”

Once the casino is up and running Edgeless.io plans to introduce a wider range of games such as sports betting and dice that will operate on varying revenue models to boost profits.

Edgeless.io was founded last year by a group of blockchain and gambling experts based in Germany and Lithuania. The team has already released a proof of concept called Ethslots.win to trial the suitability of the Ethereum blockchain and smart contract technology. Ethslots.io was released back in September and gained popularity in the community. Edgeless co-founder and lead blockchain developer Ignas Mangevicius concluded that ’Blockchain and casinos are the perfect match…many benefits are brought to the industry — absolute transparency, anonymity, instant deposits/ withdraws and more’.

The team is now looking for funds to be able to fully develop and launch the casino. The ICO crowdfund goes live on Tuesday 28th February at 3pm GMT and participants will receive EDGE tokens (EDG). EDG holders will be eligible to enter the Edgeless lottery that will take place every month, with a prize pool equivalent to 40% of Edgeless.io profits. Prizes will be awarded relative to the amount of EDG held. There are early bird bonuses including 20% more in the first hour of the crowd fund. For more information visit https://edgeless.io 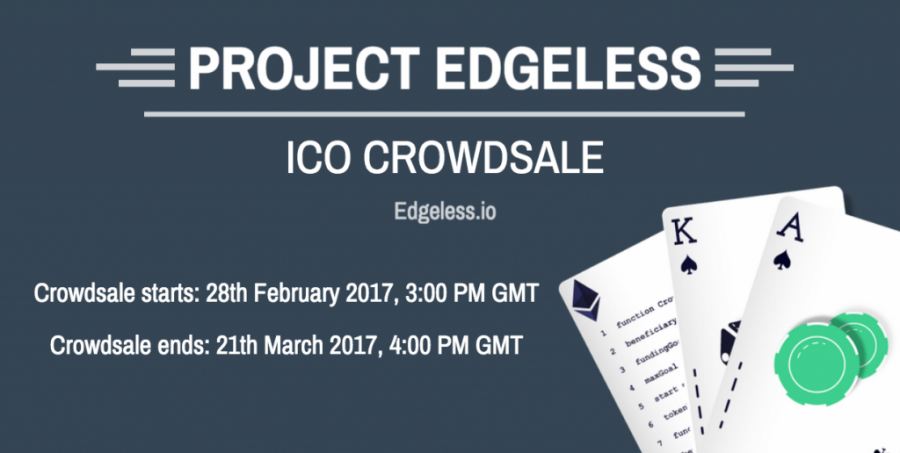 Tags
Gambling ICO Game Trust Blockchain Revenue Online Profit
Most Popular
May 11, 2021 at 14:27
PR
VulcanVerse’s Marketplace Volume Triples from $5m to $15m, $20M Giveaway to Follow
May 11, 2021 at 14:02
News
Bitcoin and Dogecoin Prices Trending Up Following Hype from Mark Zuckerberg and Elon Musk
May 11, 2021 at 13:00
News
Ripple Consolidates Above $1.35 Support as Sellers Push to the Downside
May 11, 2021 at 12:11
News
Banks Are Getting Increasingly Tough on Bitcoin and Other Cryptocurrencies Amidst Mainstream Adoption
May 11, 2021 at 11:08
News
Litecoin in Minor Retracement, Eyes Next Target at $604 High
More