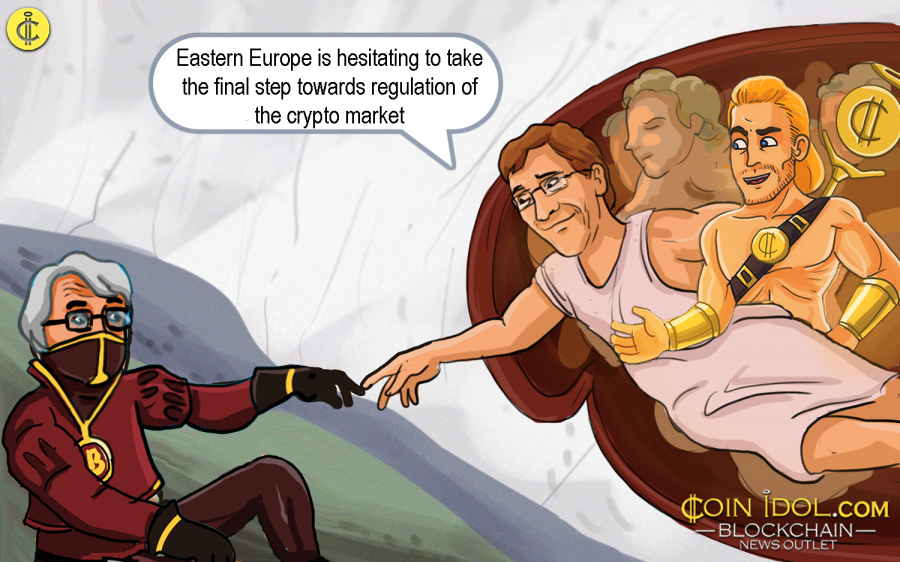 Eastern Europe is hesitating to take the final step towards regulation of the crypto market. Representatives of the eastern part of Europe are thoroughly observing the policy of western countries before making any decisions. Such a tactic has shown no results so far, as each western country has a fintech strategy that differs from others.

The law regulating cryptocurrency activity in the country has not been adopted and was even postponed for a while. However, President Putin put a deadline for the legal framework in July. The first three bills had been adopted in May and were anticipated to pass the second round before the parliament would go on a summer break.

Anatoly Aksakov, the chairman of the parliamentary Financial Market Committee, confirmed the rumors that the adoption of the law will be delayed until autumn:

"We don’t have time during the spring session […]. The technology is rather complicated, it is largely transboundary. So, taking into account its characteristics, we wouldn’t like to write down norms that wouldn’t work. The documents will be ready by early fall. We expect the second and third reading in September."

Bulgaria has not shown any serious changes in its attitude towards the digital currency space for a long time. However, the Bulgarian Financial Supervision Commission (FSC) has recently taken in a new bill called “Strategy to Monitor Financial Technologies (Fintech) in the Non-Banking Financial Sector” (2018 – 2020).

The document contains basic definitions of terms, like crypto-assets, virtual coin, smart contract, blockchain technology, and so on. The initiative aims at creating innovative hubs and sandboxes, as well as introducing measures that help to control the risks related to innovations in the non-banking sector.

Poland Gives A Break In Taxation

Poland, which is also trying to figure out what to do with crypto coins, in May temporarily froze its plan of imposing a tax on all crypto transactions. Some time ago, the Polish Ministry of Finance announced that it would tax all purchases and sales of cryptocurrency in the region. This meant that the crypto assets of a Polish trader could potentially melt to zero because 1% of the tax would be levied for each transaction, regardless of its profitability.

On July 13, the Finance Ministry issued a decree, according to which the crypto transactions were given a tax break for a year. This decision has to stabilize the situation around the large fuss with the taxation of cryptocurrency incomes.