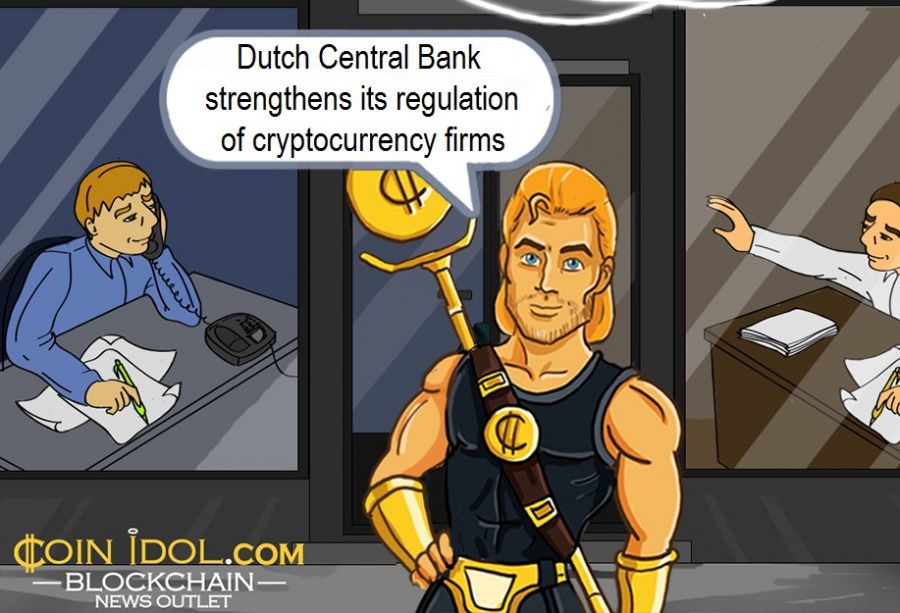 According to the amended law adopted by the Financial Action Task Force, all cryptocurrency-related companies are to register by May 18 or cease their operations. Although the regulation also applies to banks and insurance companies, it is well known as the "Cryptocurrency Law".

The deadline was announced by De Nederlandsche Bank (DNB) on May 4, as the institution requires compliance with the new AML laws that were legally passed by the Dutch parliament in April. These laws are in conformity with the recommended AML directives and standards drafted by Financial Action Task Force (FATF), an organization responsible for developing policies to combat money laundering. As of now, DNB will also oversee the Dutch cryptocurrency sector.

The law applies to digital currency service providers including crypto exchanges, traders or brokers as well as cryptocurrency package providers who deal with both cryptocurrencies and fiat money. All existing companies who won’t submit their applications before May 18 will be requested to stop their operations within the country.

However, those companies who are dealing with only cryptocurrencies will not have to pass the registration procedure, as they are exempt from the amended legislation. Their operations will not be affected in any way.

Among other things, DNB also wants to ensure that cryptocurrency exchanges meet their obligations in the areas such as analysis of the risk of integrity, customer due diligence, monitoring of transactions, and reporting suspicious transactions.

Following the release of the fifth EU Anti-Money Laundering Directive (AMLD5), and the central bank’s earlier call for registrations, the Dutch financial authorities showed signals of gearing up on implementing and formalizing a similar registration notice that was given to them back in September last year.

On the other hand, such harsh regulations might be aimed at gaining more control and weakening the country’s cryptocurrency industry before launching the Central Bank Digital Currency (CBDC). Coinidol.com, a world blockchain news outlet, has recently reported that the DNB announced its plans on exploring the potential for launching their own CBDC.

Just like any other CBDC that is planned for launch in various countries including China, the USA and Korea, the Dutch one will also be far more centralized and controlled than cryptocurrency. Perhaps, the strengthening of regulations is aimed at levelling the ground for the future currency as well as weakening competition with more decentralized coins.