Dogecoin Is in a Deadlock as It Struggles Below $0.078 High 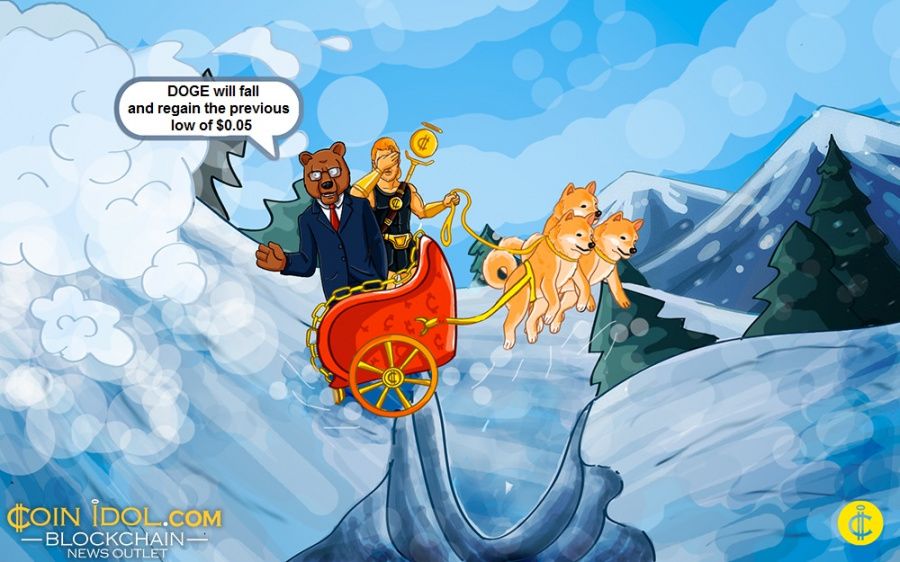 The price of Dogecoin (DOGE) is in a downward correction, but is contained between moving average lines.

Last week, the cryptocurrency was in an upward correction. The bulls broke through the 21-day line SMA, but got stuck at the 50-day line SMA. In other words, it was rejected at the $0.078 resistance. 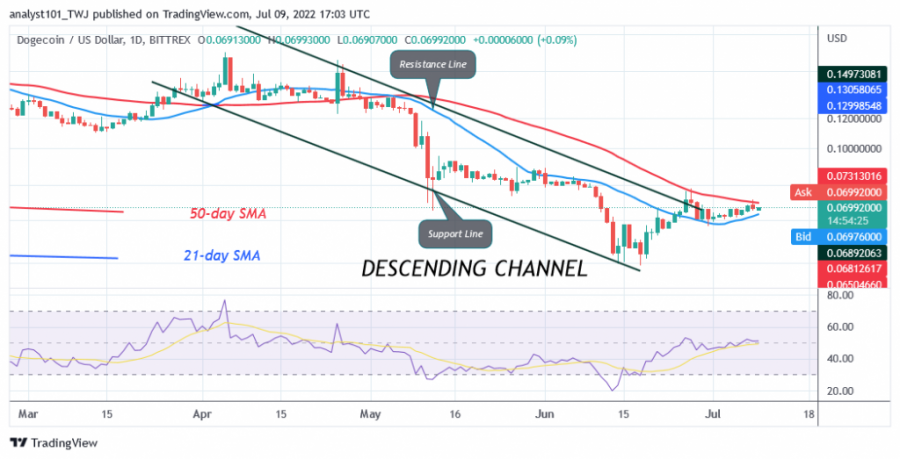 What is the next direction for Dogecoin?

Dogecoin is still in a downtrend despite the upward correction. The short uptrend was marked by small indecisive candlesticks called doji. These candlesticks indicate that buyers and sellers are undecided about the direction of the market. Dogecoin will develop a trend when the moving average lines are broken. 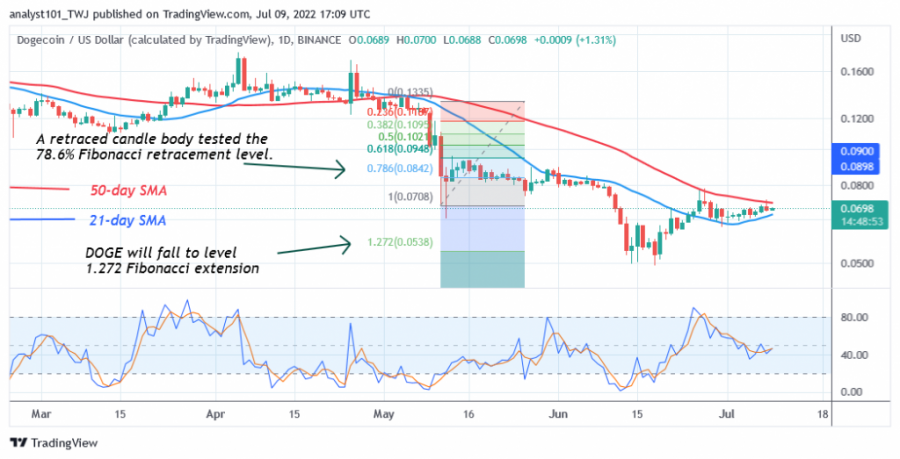