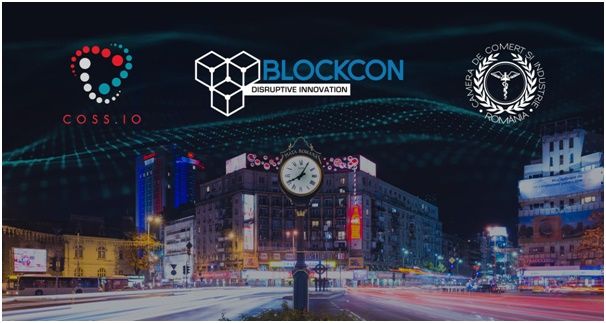 On June 8, 2017 the Singapore-based C.O.S.S. PTE LTD (aka COSS) co-organized a blockchain conference named BlockCon - Disruptive Innovation, in association with the Chamber of Commerce and Industry of Romania, that hosted the event at its headquarter in the downtown of Bucharest.

Romania, known for its fast adoption rate of technology and the most speedy internet in Europe, is a homebase for many IT startups that are growing in number and are relatively inexpensive to launch. The country is also advanced in terms of cryptocurrency adoption with thousands of bitcoin- and ether-friendly ATMs and the open-minded government.

The officials, Mr. Lucian Puiu Georgescu, State Secretary at the Ministry of Research and Innovation, Mr. Vlad Dumitru, director of ICC Romania National Committee and Mr. Calin Cosar, the President of the CCI Romania - Israel (headline partner of BlockCon), expressed their great interest in the subject of the conference - the disruptive innovations, and opened the event with a welcoming speech. “We are very interested in this type of conferences focused on everything that implies research and innovation, study and economic development. We are open to new ideas”, - said Mr. Lucian Puiu Georgescu. 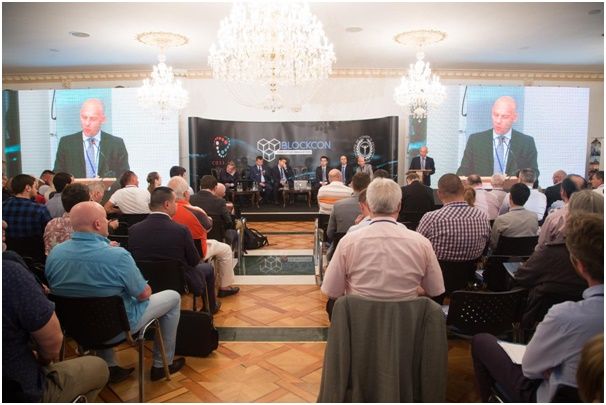 The program was divided into three major parts, each ending with a panel discussion. The first session of presentations and the Q&A session was aimed to bring up the general awareness about the blockchain technology, cryptocurrencies, and smart contracts. presenting the possibilities of their application in businesses. The second part went into more technical details, and covered the implementation of the disruptive technologies as well as the new business models, markets and the investment opportunities they unveil. The third session was all about innovations in businesses with the real stories from entrepreneurs and a lively discussion of the most viable trends in and outside the industry.

Anson Zeall (Chairman of ACCESS, SFA CEO of CoinPip) gave a brief overview on what blockchain IS and what it is NOT specifically focusing on the regulatory aspects of its adoption by governments in Asia Pacific. He provided an outlook on the Asian market with its technological advancements and promotion of blockchain-ization on the regulatory and the governmental levels via organizations like ACCESS (the Association of Cryptocurrency Enterprises and Startups, Singapore), the Global Blockchain Forum and the like. "I was invited to speak at the BlockCon to help the Romanian government understand why the blockchain and the cryptocurrencies can actually re-invigorate the industries that got into stagnation. The Malaysian government, for instance, uses blockchain to invigorate the manufacturing, the oil and gas industries. Lots of governments are now in renovation mode, so if you miss the boat now you'll be missing quite a lot", - shared Anson during the interview between sessions.

Andrei Popescu, Experience Officer and co-founder of COSS, was speaker for innovative entrepreneurship at BlockCon who addressed the topic of cryptocurrency adoption and estimated that it will reach the masses within 10-years' time, which is just about now (if we consider the invention of bitcoin in 2009 as a starting point). Providing examples of the other revolutionary technologies such as gold certificates, credit cards and the internet that took 400, 50 and 15 years respectively to spread, with the rapid development of the fintech and the blockchain, Andrei assumed that it will take cryptocurrencies a lot less time. According to Andrei: "It's all about timing and the time for cryptocurrencies is right now, when all pieces are in place. Currently, people can start a business in a few hours, but it is very difficult for them to accept payments, take credits and be paid by traditional financial institutions. Because of this, cryptocurrencies are the next generation of revolutionary innovations, as they function within a peer-to-peer network, allowing people to pay the other people directly, not people-to-companies-to-people”.

The COSS visionary and co-founder Rune Evensen expressed his insights about the future of the crypto-one-stop-solution project, and presented COSS in Europe for the first time since the platform was launched in beta on April 1, 2017. Rune also made several announcements about the agreements that COSS made with two Romanian companies: the energy supply company named Eva Energy and the provider of prepaid MasterCard services, CardBlue. Both companies are currently at the front of their respective industries in Bucharest and are willing to introduce cryptocurrency payments for their services. The customers of Eva Energy, for instance, will soon be able to pay their electricity bills in crypto. CardBlue will issue the COSS prepaid cards that the clients all over the world will load with crypto from their COSS wallets. CEOs of both companies, Cristian Hagmann (Eva Energy) and John Chrissoveloni (CardBlue) were BlockCon speakers and participants of the panel discussion about innovative businesses. Crowdfunding / ICO is currently on the list of the upcoming features at coss.io, and as soon as it becomes operational individuals and companies will be able to raise funds to bring new ideas to life via COSS. Rune also announced partnership with the NPO foundation Mereu Aproape established as part of the biggest Media Trust in Romania. The organization will soon start accepting cryptocurrency donations for its charitable activities via COSS. This function is now available to everyone as payment gateway / POS for cryptocurrencies, and can be implemented by both charities and businesses. Rune also mentioned the MOUs with Satoshi Citadel Industries and CoinFirm related to the implementation of the new features of the COSS platform such as P2P remittance and enhanced AML. Another important MOU for COSS is partnership with Attores to enable digital signing of documents, thus all BlockCon participants received a digital certificate of attendance issued by Attores, digitally signed and registered on the blockchain.

Dan Cearnau, CEO at UDevOffice, a company that designs DAPPS and smart contracts, blockchain developer, entrepreneur, introduced the concept of distributed computing and explained why the innovations such as distributed applications, Ethereum and smart contracts matter so much these days. He also spoke about the trends within software development, e.g. the emergence of Smart Contracts as a Service, the new blockchain solutions to storage, content, trust and social media finance. Dan pointed out that by 2020 the consensus-based governance at the core of the blockchain technology is capable of replacing 20 million jobs worldwide especially affecting the financial sector. 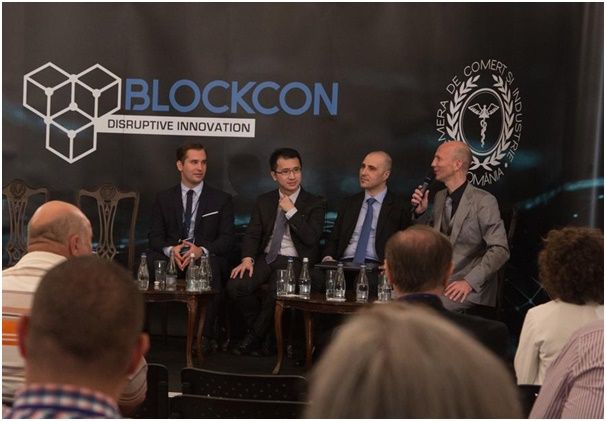 Peter Sundström, IT infrastructure expert, reported on the market growth and the new market opportunities within the industry, in which the security standards and requirements are becoming more advanced and a lot of trust is imposed on smart contracts. He also described the use-cases of smart contracts in real estate, self-procuring apps and self-driving cars. He mentioned that security vulnerabilities of the processes run by smart contracts can be more efficiently dealt with via the blockchain.

Zach Piester, co-founder of Intrepid Ventures, a company helping to scale blockchain startups spoke about the emerging technologies such as AI, Automation, Distributed Cloud, Autonomous Systems and decentralized crowdfunding that helps startups to raise millions in a matter of minutes. He has indicated the emergence and the use cases of technologies that were inspired by the DLT, e.g. Digital Identity, registering assets and property on the blockchain, pushing the centralized borders to collapse. One of the key inputs of Zach's speech was to indicate that no matter how much the innovation is spoken of, the real value is generated by those who actually implement innovations by building new products.

The final panel discussion on innovative businesses joined by Stefan Neagu, Lisk Country Ambassador and co-founder of ARK, concluded that an association similar to ACCESS is required in every country to boost the adoption of the blockchain technology among the governmental institutions, as undergoing regulations is essential for sustaining the innovative technologies such as DLT. 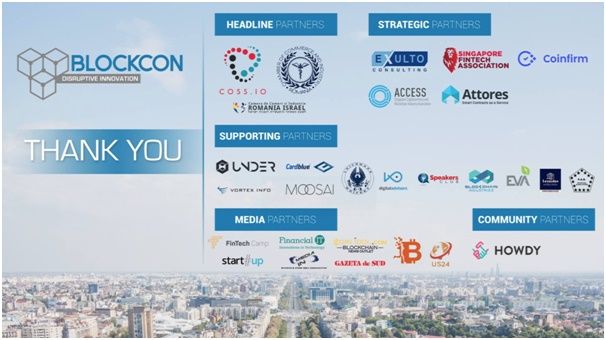