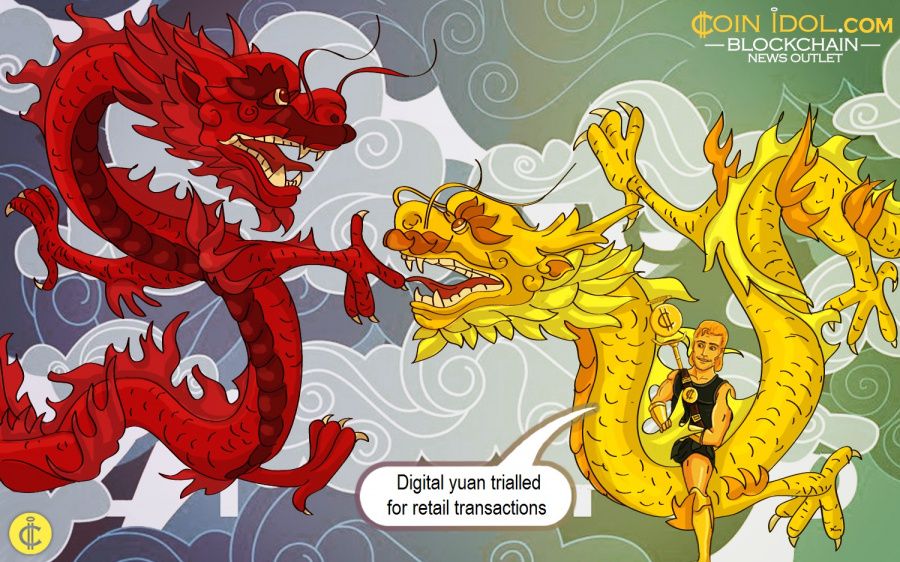 The People’s Bank of China is not going to expand trials of its CBDC to large volume transactions. For now, at least.

The Bank’s representative commented on the situation after the spread of such rumours on the web. According to Global Times, an unknown netizen reported receiving a large amount in digital currency for one’s house. However, the PBoC claimed that was not possible as the digital yuan is being trialled for small retail transactions only.

Expanding the area, not the volume

As per the report by CoinIdol, a world blockchain news outlet, China expanded the area of its CBDC trials. Now, digital yuan is tested in Beijing, the provinces of Tianjin and Hebei, the Yangtze River Delta region, and the Guangdong-Hong Kong-Macao Greater Bay Area additionally to initial locations.

However, the CBDC is still too immature to switch it to large-volume transactions. Despite the launch of the digital yuan is highly anticipated by both China and the entire crypto community, the PBoC takes its time to thoroughly test its operation and fix all possible issues.

Naturally, they will also test it for large-volume transactions, but only after the trials for retail operations are complete. As for now, the PBoC does not reveal any plans on when exactly this might happen.

Tags
Transaction Yuan China CBDC Banking Volume Retail Community Web
Most Popular
May 20, 2022 at 11:30
Price
Ethereum Is in a Confined Range as Bulls and Bears Reach Equilibrium
May 20, 2022 at 10:38
Price
Ripple Consolidates above $0.38 as Buyers Emerge in the Oversold Region
May 19, 2022 at 15:30
Price
TerraUSD Falls Significantly as Bears Gain More Grounds
May 19, 2022 at 13:00
PR
A Review of Olympus4x.com Broker
May 19, 2022 at 12:20
News
How Gaming and Online Casino Promote the Use and Popularity of Cryptocurrency
More