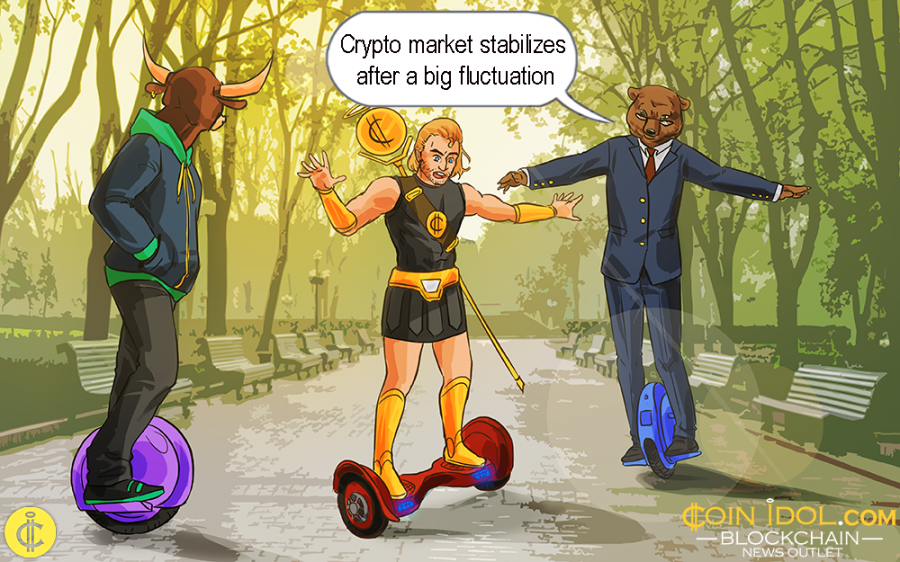 The digital currency market has settled after a frantic 24-hour time caused by the hasty rise in the price of Bitcoin (BTC).

On Crypto-only and Tether-integrated exchanges such as Bitfinex, OKEx and Huobi, the BTC price surpassed $7,700, as the value of Tether (USDT), which had been pegged to that of the US dollar at a ratio of 1:1, dropped considerably by over 7%.

The 7% fall in the price of USDT from $1 to $0.93 led the BTC premium on Crypto-only exchange platforms to increase by a similar margin, swelling the value of Bitcoin.

Within 48-hours, the BTC price surged from $6,150 to $6,549, propped up by a cluster increase in daily trading volume. All in all, the BTC price remains largely more stable than last week.

The data from CoinMarketCap shows that the daily trading volume of BTC has spiked from $3 billion to $7 billion in the last day (24-hours), more than doubling. ShapeShift's CoinCap.io also showed a two-fold increase in the volume of Bitcoin, from $2 billion to $5.6 billion.

“Closed at resistance. Might be getting a retrace today. I’m generally leaning bullish so I’m not shorting the way down, I’m waiting at support to re-long Would love to get a daily close at the top of the green box,” cryptocurrency technical analyst DonAlt noted.

To ratify the short-term rally, Bitcoin will have a need to exceed the $6,550 mark and go beyond the $6,800 resistance level. The technical signals of Bitcoin aren't completely significant at press time, but the positive volume of Bitcoin is more likely to raise the probability of a major trend reversal.

Tether LLC, the firm which inspects the development of Tether, released a statement explaining USDT is adequately backed by US dollars. The company reassured that:

“We would like to reiterate that although markets have shown temporary fluctuations in price, all USDT in circulation are sufficiently backed by U.S. dollars (USD) and that assets have always exceeded liabilities.”

However, Fidelity, the globe's biggest brokerage by assets under management, has declared its ideas to facilitate digital currency plans, that could play a big role in fueling the next rally of the digital currency market by attracting licensed investors in more regulated US Crypto markets.